The data gap in the voluntary, community and social enterprise (VCSE) sector is to be plugged by a new national observatory, which aims to bring the whole sector together to better understand its strengths and weaknesses and articulate its needs. 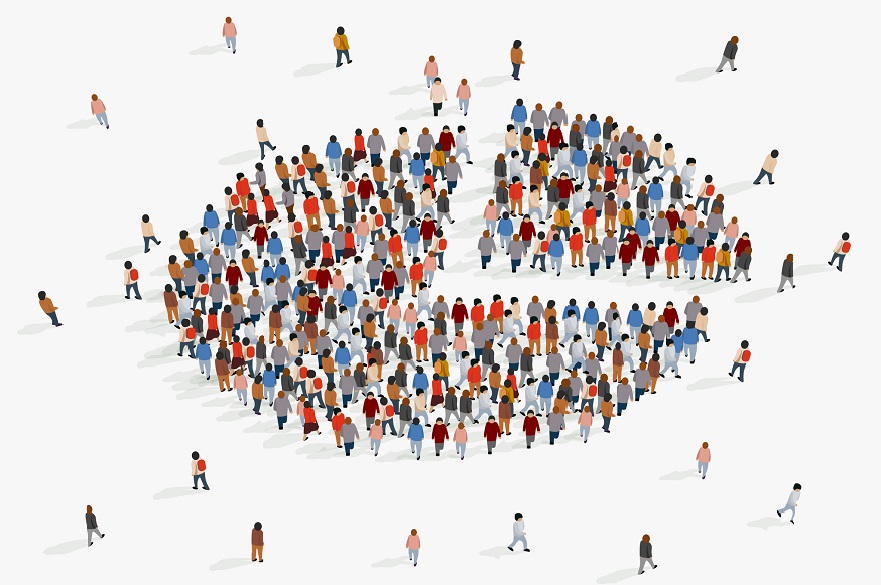 The National VCSE Data and Insights Observatory, launched by Nottingham Trent University, will work with organisations across the UK to capture data which will provide insights on the management, delivery, and outcomes of VCSE sector in order to better serve communities.

Alongside sector partners, the Observatory will create an agreed set of definitions and principles for what constitutes good sector health. This will be followed by the creation of a definitive data source on sector health, demand and supply, safeguarding and risk, and emerging trends.

To ensure the provision of relevant, timely, and trustworthy information, the Observatory will work with others to produce standardised and comparable data that can be adapted to local needs.

The Observatory will also host online interactive dashboards, maps and qualitative information about sector health, demand and capacity – presenting detailed and valuable information to both policymakers and practitioners.

The creation of the Observatory, funded by an investment from NTU, comes after the University worked with the National Council for Voluntary Sector Organisations throughout the pandemic to measure the temperature of the sector via monthly barometers. Over the course of 18 months, the sector benefited from regular reports on issues such as finance, digital practices, volunteering and wellbeing.

Daniel King, Professor of Organisation Studies at Nottingham Business School, part of NTU, and director of the new Observatory, said: “We want to build on our previous work with the Covid-19 barometer and involve the whole sector to coordinate our efforts and create a baseline of what everyone wants and needs.

“While there is some good work in the sector, current data is largely captured through numerous short-term, geographically-limited surveys, often developed in ad-hoc ways without theoretical foundation or a consistent base-line. Data in the sector is fragmented, intermittent or inconsistent, lacking comparability across geographies. It is also often small-scale, lacking reliability and standardisation, making it virtually impossible to establish national-level data in a consistent way. This piecemeal approach means such surveys cannot be aggregated on a national level, nor can they be compared between sectors, localities, organisational size.

“The role of VCSEs is critical across many areas of social, health and welfare and community settings. As direct government support for the sector decreases, our aim is to provide consistent and comprehensive data which will inform the decision making of policymakers, funders and practitioners and help them to identify where to place limited resources. We are keen to work with others who are concerned with improving data about the sector to make this a truly collaborative endeavour.”

The sector has welcomed the news of the Observatory, expressing its support and desire to work as a collective.

Matt Whittaker, CEO of Pro Bono Economics and member of the Law Family Commission on Civil Society, said: “Civil society’s worth has been clear for all to see over the course of the pandemic, and we can expect charities and voluntary groups to showcase this once again in the coming months as they support the country through the growing cost of living crisis. Yet the official value we ascribe to the people and organisations operating in the social sector falls far short of their worth. This matters because by undervaluing the contribution of civil society, government and others risk overlooking it from a policy perspective.

“The absence of good quality, timely data about, for and by the sector more generally represents a barrier to unleashing its full potential. We therefore warmly welcome the launch of Nottingham Trent University’s National VCSE Data and Insights Observatory and look forward to working with it to create and use robust data to understand and increase the impact of the UK’s social sector.”

Alex Farrow, head of Networks and Influencing at NCVO, commented: “This investment from NTU is welcome and has the potential to energise the voluntary sector's data community. A National Observatory, with strong support and buy-in from across the sector and government, could become a hub of coordination and we’re looking forward to seeing how it develops. Ultimately, we need good data and evidence to make informed policy decisions, so that charities can design and deliver quality and responsive services, and that together, communities are stronger. We welcome this initiative as a way of moving us towards this.”

Anna Nicholl, director of Strategy & Sector Development at WCVA - Wales Council for Voluntary Action – said: “Robust data is increasingly important to guide effective policy and practice. The lack of reliable data on the sector is particularly acute in Wales as the sample sizes are too small. We welcome this opportunity to address data gaps for the sector, and particularly the promise of more comparable date across different parts of the UK.”

Kirsten Hogg, head of Policy, Research and Campaigns at the Scottish Council for Voluntary Organisations (SCVO), said: "A lack of centrally-held, comparable data on the make-up of the voluntary sector, the amazing work that it does and the issues it faces can impact on our ability to advocate on behalf of the sector to decision makers.  We look forward to joining the conversations generated by the Observatory about how this shared data set might look, and how it might meet a range of different needs."

Patricia Armstrong OBE, CEO of ACOSVO, which supports Scotland's voluntary sector leaders, said: “I'm delighted to hear about the exciting opportunities the observatory will bring to improving access to evidence and data for our sector across the UK. We've all been working hard at gathering this data, but to have a coalescing drive to reduce duplication and build on collaborative working will make a difference both to the sector that uses it and to the people and communities that will benefit from the outputs.”

For further information on the Observatory, please email daniel.king@ntu.ac.uk, or read more about the project here.