By Dr Tao Zhang, an expert in contemporary Chinese new media technology, culture and politics, in NTU's School of Arts and Humanities 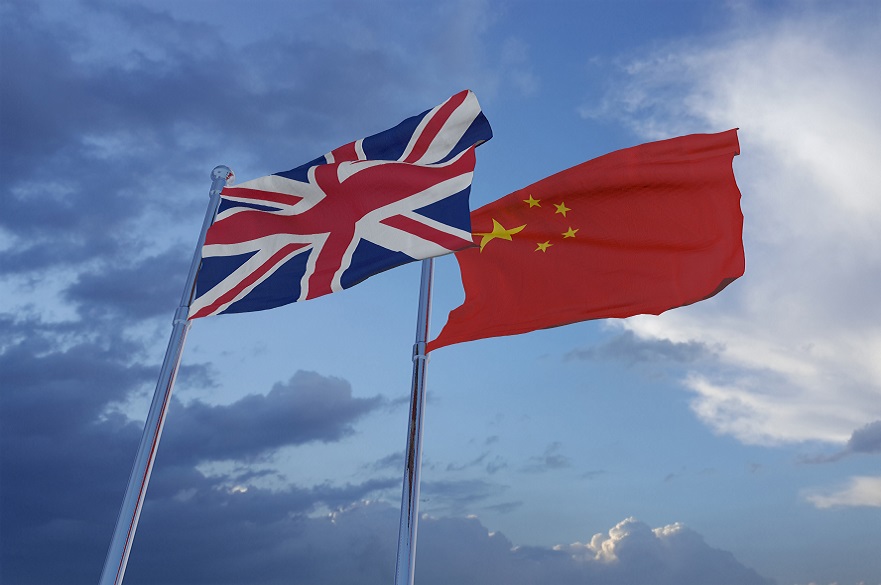 On June 13, 2022, the Higher Education (Freedom of Speech) Bill completed its third reading in the Commons. This Bill carries an amendment proposed by the China Research Group (CRG), a group of influential Conservative MPs including Tom Tugendhat and Ian Duncan Smith, who are seeking to ban Confucius Institutes (CIs)  in the UK. In the debate, Michelle Donelan, the then Higher Education Minister, laid out new rules that CIs will need to reveal their funding. If there are concerns about freedom of speech, universities may be directed by ministers to offer alternative provision or terminate the partnership with CI. Donelan’s move signals a trend of tightening scrutiny over foreign funding and influence on British universities.

To make sense of the CRG amendment, we need to explore the wider context in which tensions between CI and western academia have arisen. Confucius Institutes, Chinese state-funded language and culture centres, originated in 2004 and grew to over 500 across six continents by 2021. In many respects, the debates over Confucius Institutes in the UK recall those in America which saw closure of the majority of CIs in recent years. This blog also considers the complexities of developments and changes in CI rebranding and the closure and subsequent reappearance of CIs in America in the past few years, and the implications of this for the CRG amendment.

For a decade, academics and China-watchers in the West have voiced concerns over CI, viewing them as part of the Chinese Communist Party’s (CCP) intensifying soft power/propaganda drive. Unlike the British Council or the Alliance Francaise which operate as organizations of cultural outreach outside of the formal higher educational system, CI’s strategic location inside various foreign universities is controversial. In 2014, American Association of University Professors published a report, which notes that ‘North American universities permit Confucius Institutes to advance a state agenda in the recruitment and control of academic staff, in the choice of curriculum, and in the restriction of debate’.

Emeritus Professor of International Relations at LSE, Christopher Hughes (2015) puts it succinctly: ‘the CCP’s ideological and legal position that it is legitimate to maintain power by suppressing civil and political liberties and the freedom of thought and expression is wholly incompatible with the protection and promotion of democracy that is an important part of the mission of the classical model of the university’. Hughes describes a range of ways in which the operation of the Confucian Institutes conflict with the liberal-democratic ethos of the western academy, from its discriminatory employment policy to its use as a channel for propaganda and the discouragement of critical discussion of issues considered sensitive to the regime. These arguments are in line with many other observers of Chinese affairs, including Perry Link, Jerome Cohen, Jonathan Mirsky and Steven Levine.

The other significant context relevant to the policy changes over CIs is the deteriorating relationships between China and the West in recent years.One of the key areas has been concerns over Beijing’s strategies of influence in the affairs of western states, across a range of institutions including universities. 2018 undoubtedly saw a step change in these concerns and the publication of reports addressing the issues by a number of think tanks and human right organizations mushroomed in that year – the Hudson Institute, the  Wilson Centre/ Kissinger Institute on China and the United States, The Hoover Institution and the European Think Tank Network on China.

Amongst these, the report from Stanford University’s Hoover Institution is particularly significant. As the Washington Post points out, this symbolizes a profound turnabout in the attitudes of policy shapers in the US. The authors and endorsers of the report, consisting of an entire generation of China specialists who have long championed engagement with Beijing, began to warn of the risks of Chinese influence in America. In the Hoover Institute report, controversies over Confucius Institutes are listed as one of the main concerns over Chinese presence on American campuses, potentially posing a threat to the principles and values of academic freedom, transparency and integrity. The report recommends that ‘[American] universities must be alert to the risks of engaging with the Chinese government, institutions, and funders and be [the] defence of the core principle of academic freedom, especially when conflicts take place at home in their own universities’.

By comparison, the UK hosted far fewer CIs than the US in 2018 and it was not such a prominent issue. However, over the past four years, 104 out of 118 CIs in the US have closed or in the process of closing, largely due to pressure from government, and this now puts the UK in the spotlight. Although UK-China relations have declined from ‘gold to dust’, Confucius Institutes remain largely intact. In fact, the UK has seen a growing number of CIs in the country, now numbering 30:  the largest number for any country in the world. In May 2022 the Open University opened the “world’s first Online Confucius Institute”.

Aside from individual academics, the main opposition to CIs has come from parliamentarians. In 2019 UK parliament’s Foreign Affairs Committee published a report indicating, ‘alarming evidence about the extent of Chinese influence on the campuses of UK universities’ including CIs. In the same year, the British Conservative Party Human Rights Commission launched an inquiry into the role of CIs. The 2022 CRG’s amendment to the Higher Education Bills is the latest and also perhaps the most substantial campaign so far against CIs in the UK.

However, these moves face many challenges. Firstly, CIs have recently undergone rebranding. On 5 July, 2020, China’s official organ Global Times reported that Confucius Institutes will be rebranded to operate under a newly established non-governmental foundation instead of the Ministry of Education to, ‘disperse misinterpretation’. This is confirmed on the Blog of the Confucius Institute at Goldsmith, University of London - ‘the Chinese International Education Foundation (CIEF), a non-governmental foundation will assume the cooperation and support of Confucius Institutes worldwide’. It continues the CIEF,  ‘is registered in China with the support and membership of Chinese universities, corporations, and social organisations.’ However, given that all Chinese NGOs are required to establish Chinese Communist Party branches and that Chinese universities are under increasing tight ideological control, it remains to be seen how much autonomy the CIET will be operating with and what differences will develop from existing CIs.

Secondly, a report published on June 15, 2022 by the American National Association of Scholars (NAS), a politically conservative non-profit organization, documented the recent trend of CIs are reappearing in the US. The report identifies three scenarios after CI closures: ‘replacing the CI [under a different name], maintaining a partnership with the Chinese partner university, or transferring the CI to a new home’.

Thus, even if the amendments to the Higher Education Bill are finally passed, the question arises of whether CIs will reappear in different forms in the UK as in the US?

Finally, as the NAS report notes, ‘American universities are generally eager to replace their Confucius Institute with a similar program’. This indicates a deep tension between the western academy’s need for funding capture and international expansion on the one hand, and academic freedom and independence on the other. As Dr Catherine Owen of Exeter University noted in the Foreign Affairs Committee report published in 2019, “China’s internationalising trend in higher education has been accompanied by domestic attempts to curb the influence of educational norms and values associated with the West.” This is a huge structural challenge for the western academy in the era of capitalist globalization and one probably far beyond the reach of piecemeal legislation such as that contained within the amendment to the Higher Education Bill.

Dr Tao Zhang is an expert in contemporary Chinese new media technology, culture and politics in the School of Arts and Humanities