By Dr Colin Alexander, an expert in political communications, of the School of Arts and Humanities 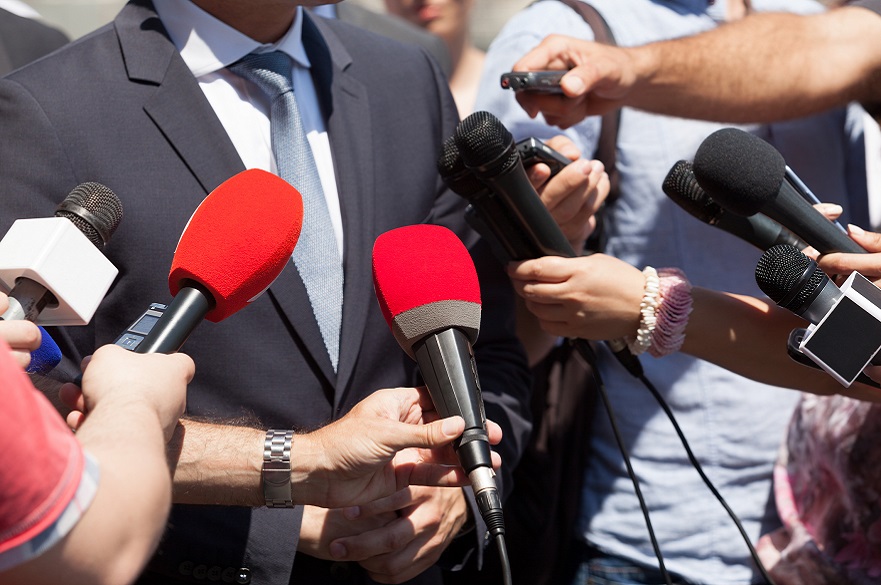 An article appeared in early editions of The Times on Saturday 18th June 2022 that alleged that Boris Johnson had attempted to hire Carrie Symonds, now his wife Carrie Johnson, as his Chief of Staff. This happened while the PM was the Foreign Secretary within Teresa May’s administration.

The story was abruptly pulled from the newspaper after a complaint was made by Downing St, which stated that it was both ‘untrue’ and ‘grubby’. The debate that has now emerged though concerns the extent to which the government has had undue influence over the press on this occasion and, more broadly, what the incident might tell us about the quality of journalism in the UK vis-à-vis its vulnerability to censorship, spin and state propaganda.

The story hereby provides an opportunity to look at the relationship between the news media and the state and the notion of undue influence over a free press. This is an important issue in the study of propaganda as one of the most familiar tools used by the powerful is the silent murder of critical voices. In short, the emergence of a propaganda environment on account of the exclusion of certain narratives from the information environment rather than the distortion found within the content that is included. What you don’t see, hear and read is as important as what you do!

I will start by disappointing some readers though when I say that, while I am no fan of the Johnson administration, in this case, the story was grubby as it had minimal news value. No. 10 were right to complain about it, but whether The Times ought to have pulled it in response to the complaint is more contestable given that there is nothing ‘wrong’ with the story per se.

The story had minimal news value because Johnson was ultimately talked out of making the decision by his advisors at the time. Essentially, the advisors advised and advised well, which is the job of an advisor. It was a bad idea. The end.

I have studied politics and the media for a long time, and I can tell you that every day an MP somewhere in the country has an idea, they consult an advisor, and that person tells them that it’s a poor one and explains why it’s poor. Likewise, you and I from time-to-time have ideas that turn out to be ill-judged or not well-thought-through. What purpose does the story have then other than being an attempt to defame a Prime Minister who, let’s face it, makes enough gaffs on his own accord? The story tells us, more than anything, that the standards procedures and system of advisors worked to prevent an MP from hiring what is known as a ‘connected party’, which is against the rules (regardless of whether you agree with that or not).

So what does represent undue influence over the media by the state? My own research on the early years of radio broadcasting revealed that during the 1920s and 1930s the BBC’s Director General John Reith would regularly attend meetings with the Prime Minister and/or his ministers to get their approval as to what the Corporation’s line should be on the political matters of the day. Herein, the fledgling BBC was regularly submissive to the will of political power. Moreover, during the Cold War, MI5 vetted candidates for jobs at the BBC on the pretense of concern for Communist infiltration. The accusation here being that this regularly extended itself further. I.e. to people who might be overly critical of British institutions regardless of ideology.

These two examples represent undue influence by the state on two counts. First, at an external level, the BBC took its editorial command from what it deemed to be its political superior, and second, the filtering of personnel through state intervention affected the culture within the organisation to an extent that it made the broadcast of narratives that would be deemed overly contentious to the status quo highly unlikely simply on account of the worldview and political and ideological leanings of production staff.

Not content with this level of influence, at times the British state has stepped in to directly censor journalists. During the Falklands War of 1982, the news media were reliant upon the military’s communications technology to send their reports back to London. Thus, in the early stages, more critical reports were delayed, ‘lost’ or only partly received by the news organisation. Journalists then quickly learned to be strategic in what they said or wrote and this nurtured the propaganda environment around the conflict simply on account of compliance.

Ultimately then, it would be helpful if everyone remembered that, while there are many diligent politicians and many a good journalist out there, neither of these institutions has much pedigree for being the vanguards of democracy that they often claim to be. Moreover, the revolving door between a career as a political communications advisor, a journalist and sometimes the MP themselves as former journalist adds to the public’s sense of collusion rather than credibility. Boris Johnson, himself, is a former journalist, as are many of those close to him, e.g. Michael Gove. The mainstream news media is therefore rightly accused of too often being a lapdog rather than a watchdog of the powerful and it falls well short of the arguments that it makes that we should trust them to be so. Indeed, the way in which news media outlets have framed the Johnson story as a worrying assault on press freedom is likely a distortion in itself. It is an acceptable, i.e. non-controversial, story that ultimately serves to misrepresent more pressing issues concerning media and political collusion at elite levels.

As such, we should not make the mistake of thinking that a free press equates to a quality press. For this we can look no further than The Sun newspaper, particularly when it was edited by Kelvin Mackenzie during the 1980s and early 1990s, which regularly ran unscrupulous, warmongering, homophobic and sometimes simply made-up stories. For example, the ‘Gotcha!’ headline from 1982 during the Falklands or the reporting around the Hillsborough Disaster in 1989. ‘Grubby’ doesn’t even come close to this type of content.

Public vigilance of mainstream journalism and politics is required at all times.

By Dr Colin Alexander, an expert in political communications, School of Arts and Humanities.

This article first appeared on Propaganda in Focus.