By senior lecturer Yvonne Richardson, an expert in fashion marketing and management 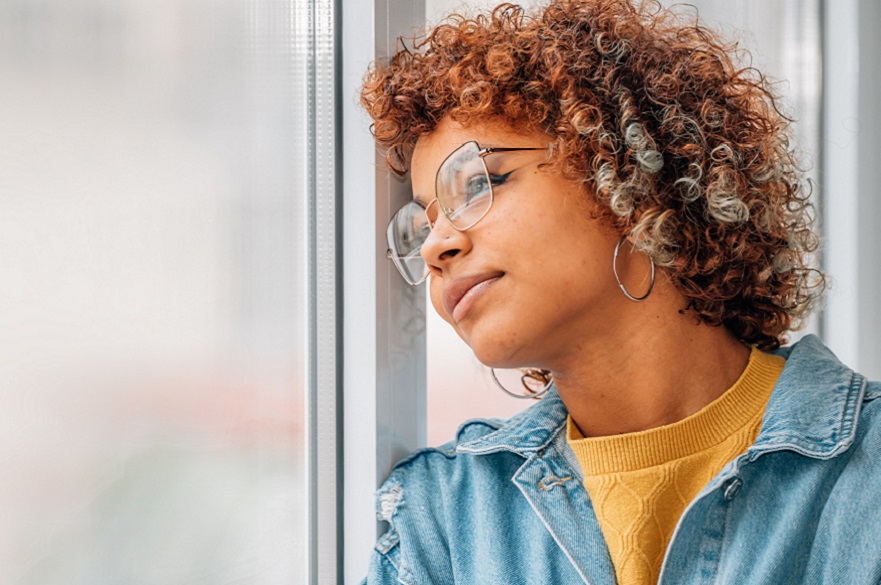 Gen Z loves nostalgia. Sentimentally for things of the past is not a new phenomenon nor is it an emotion reserved for Gen Z. But it would appear, judging by the amount of coverage on the topic, that Gen Z have got it bad. The demand for nostalgia on TikTok is booming.

So, are Gen Z different from previous generations in their preoccupation with nostalgia?  On the face of it, what appears to be different is the scale of interest and speed of acceleration through eras. Received wisdom puts trend cycles at around 20-30 years (when tastemakers get nostalgic for their childhood). But that has gone out the window. In early 2020, it was Y2K (the early noughties). Then it was the ‘Indie Sleaze’ of 2008. Then it was the Twee/Tumblr aesthetic of 2014. The current period of choice is the late 2010’s indie look (which takes its origins from 2000s fashion).

This obsession with the past can be partly explained by the “TikTok-ification” of nostalgia which makes it easy for old fads to trend like wildfire.  The short format videos of Tik Tok and its algorithm can easily throw you into a rabbit hole of nostalgia. Once stuck in this rabbit hole or bubble – these videos become your reality and vision. However, if we dig a bit deeper, this interest in the past goes much deeper.

Gen Z has grown up in the backdrop of social upheaval, climate change, and global health crisis. Recent research by Deloitte highlighted that half of Gen Z feel anxious or stressed, all or most of the time. In my own work, researching Gen Z lifestyles and behaviours, a recent UK survey highlighted that they have to balance not only concerns about the world. But also, their own pragmatic concerns.

They are very aware of living in a digital society that moves at unprecedented speed. In my own research, a recent survey highlighted 48% worried about life moving too fast. 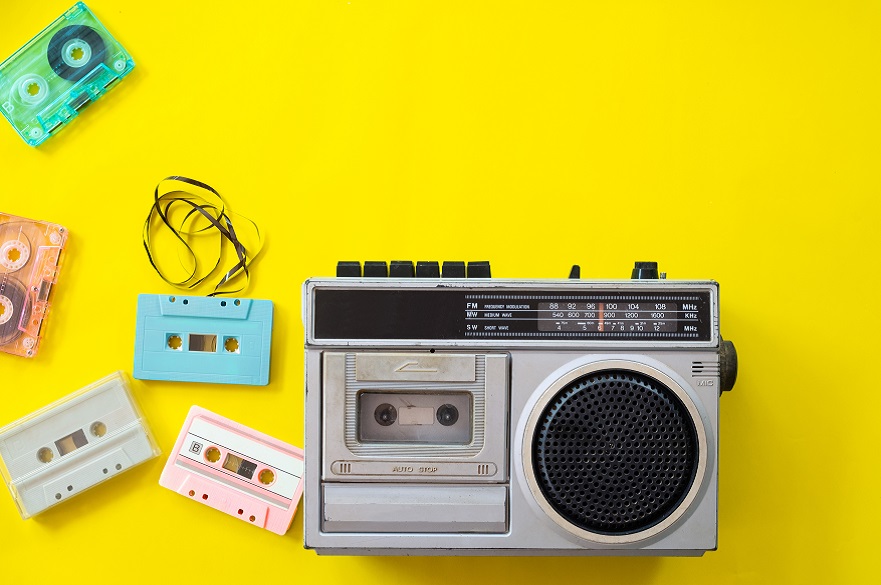 This is supported by a 2021 global Deloitte study. Pessimism about social and political climates reached the highest levels ever recorded.

If ever there was a generation in need of warm fuzzy feelings Gen Z is it. And empirical research has shown the power of nostalgia in invoking strong feelings of security and comfort.

So, nostalgia can help in times of uncertainty – a time machine to whisk them away from the pressures they are currently facing. But it is the way that Gen Z are using nostalgia beyond the comfort zone that is particularly interesting as it has a different air of optimism and forward thinking.

Gen Z is not just nostalgic for their own limited childhood memories, they are craving culture from eras that they have not experienced directly. From Urban Outfitter’s vintage clothing, pre-loved thrift shops to vinyl records and disposable cameras the appeal of retro taps into something that goes deeper than a trend or craving for comfort.

It may seem counterintuitive but looking to the past can make you feel more positive about the future.

There is a growing body of evidence of how nostalgia can give a sense of meaning, be an antidote to collective angst, a disillusioned mind and boredom. The effect is explained by the buffering effect of nostalgic experiences that increases optimism and a sense of purpose.

“Imagining the future is a kind of nostalgia” is a line from John Green's book “Looking for Alaska”. Our ability to predict the future relies on our ability to remember the past. And in a sense by looking to the past Gen Z are creating memories for the future, a template for what they would like to achieve if you like. For example, you may have some ideas about where you want to go on your next holiday based on what you have done in the past. By doing this you have created memories for the future and you act in accordance with those memories. They have a good predictive value of what we are going to do.

This is a generation that is racing towards an uncertain future but rather than adopting a brace position they want to make a difference. Despite the prevailing feeling that “things are getting worse; the world is going to hell” their sense of agency remains constant, with my research highlighting 75% believing “we can act to change things for the better”. Visualising an alternative future or hacking the past to imagine the future enables them to take that anxiety and turn it into a route forward. Imagining a future you can thrive in feels like a future you can invest in.

This more active engagement in nostalgia can be seen in how Gen Z are playing with nostalgia to give it a fresh iteration.

TikTok is awash with retro reinventions. Take Kate Bush’s 1980 song ‘Babooshka’ which has been featured in 200,000 TikTok videos with content about tarot cards, love potion making and gothic-inspired videos with dramatic outfit changes. TikTok not surprisingly leveraged this trend with its Re:Make campaign, which gave users the opportunity to remake various classic TV ad campaigns, as a way to showcase user creativity. 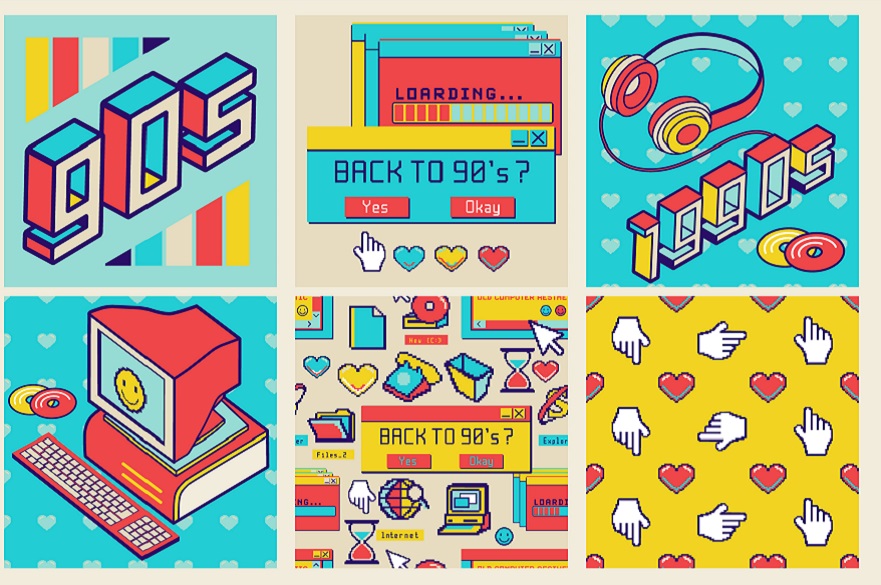 The generative power of nostalgia can be partly explained by it providing a muse and source of inspiration as well as stimulating an openness to experience.  A study conducted in 2015 by Van Tilburg, Sedikides, Wildschut, looked at whether nostalgia contributed to higher creativity. The findings highlighted the relevance of a nostalgic state of mind as a force of creative endeavours.  Nostalgia invites us to think differently and make surprising new connections. “It makes you more open,” says Wildschut. “It’s a springboard from which to explore the world.” This generation may not be explicitly aware of it, but this mental time travel is developing their ability to imagine both past and potential future events. And this is an important evolutionary and resiliency skill in their toolkit allowing them to adapt and plan. When times are uncertain it’s important to see a route forward.

Gen Z are living through a time of rapid shifting landscapes which is manifesting in a confidence crisis about the future.  They are having a bit of a “Brody moment”. Just like in the 1975 movie Jaws, there is a shocking realisation that the current resources are no longer a viable option, and we are “going to need a bigger boat”

In order to avoid apocalypse fatigue, they need to feel excited about the future.  Brands and key influencers in their life have a responsibility here to not just embrace the nostalgic aesthetic but to inspire this generation to look into the future with hope and excitement. A great exemplar of this is this Apple video. By all means, tap into the joy of the past but give it new context for the future to help them visualise even better memories to come.