Nottingham Trent University (NTU) has announced the latest recipients of alumni awards and an honorary degree which will be presented during graduation ceremonies at University Hall from 12th to 16th December. 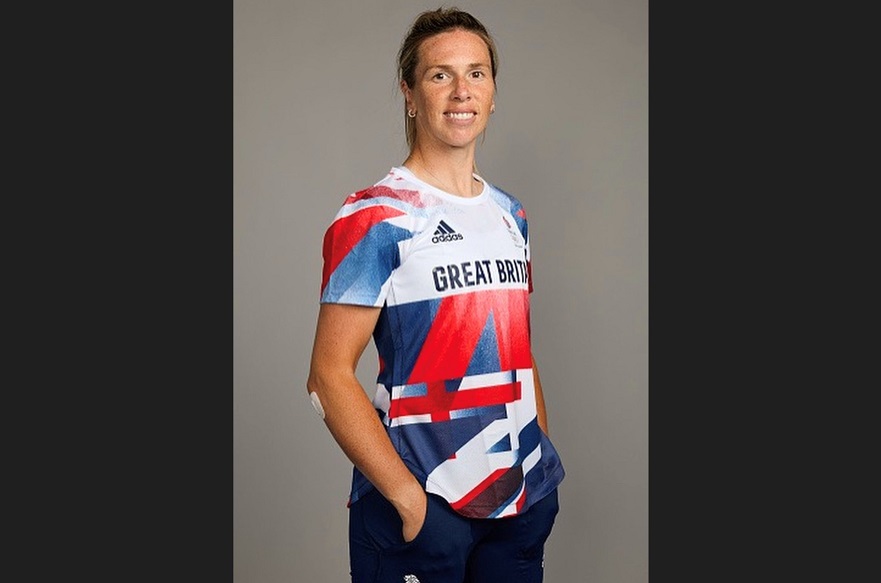 Carly Telford is an England and Chelsea Football Player. She started playing football when she was 7 and started her youth England career for the under-17s.Carly made her senior England debut against Scotland aged 18 and went to her first World Cup a year later in China. At the age of 23 she moved to Chelsea and in 2014, joined Notts County whilst returning to university at NTU to study BA (Hons) Media.

She joined Chelsea again in 2017, and has since won multiple leagues, FA Cups and league cups. She participated in the 2019 World Cup as well as the Tokyo Olympics.

The University’s Awards for Outstanding Alumni will be awarded to:

Helen Tupper and Sarah Ellis are the founders of Amazing If, an award-winning company with a mission to make careers better for everyone. They are the co-hosts of the UK’s no.1 careers podcast, Squiggly Careers, which has had more than 2m downloads and their TEDx talk ‘The best career path isn’t always a straight line’ has been watched by over 1.5m people.

Together they are also the authors of two Sunday Times bestselling books ‘The Squiggly Career’ and ‘You Coach You’.

Both Helen and Sarah graduated from Nottingham Trent University in 2004 with a BA (Hons) in Business Management.

Nii-Larte Lartey is a social entrepreneur and co-founder of Dose of Society and Run with Purpose. He graduated from NTU with a 1st Class BA (Hons) in Broadcast Journalism in 2016.

Over the years, Dose of Society has worked alongside the likes of Facebook, Instagram, Snapchat, TikTok, Greenpeace and The Princess Diana Award.

Whilst building Dose of Society, Nii-Larte used his passion for running to launch Run with Purpose - a community helping men overcome mental health issues through running and socialising.

Since starting in June 2019, Run with Purpose has partnered and collaborated with Give us a shout, Adidas, Vodafone and London Marathon Events.

Dr. Maria Angelica Pérez is the Global Head of Diversity, Equity, Inclusion (DEI) and Corporate Social Responsibility (CSR) at Fitch Group. She holds a doctorate degree from Nottingham Business School in Business Administration with focus on diversity and workplace bullying.

She is responsible for the development and implementation of the DEI, Wellbeing, Environmental and CSR strategies at Fitch. Since joining, the organization has been highly commended for its work on gender diversity by the 100 Women in Finance DEI awards and has received the silver award from the Stonewall Workplace Equality Index.

Before joining Fitch, Maria Angelica was the Global Head of DEI at Standard Chartered Bank. She oversaw strategies, which led to numerous accolades including the Bank being ranked as a Diversity Leader in the Financial Times and becoming the first financial organisation to be certified with EDGE (Economic Dividends for Gender Equality) in Singapore.

Maria Angelica represented the Group as part of the Advisory Council on the World Economic Forum Partnering for Racial Justice in Business and led the Bank to become a signatory of the International Labour Organisation – Global Business & Disability Network Charter (2019) and The Valuable 500 (2019).

Christopher Batchelor is one of the recipients for Outstanding Alumni Fellow

The University’s Awards for Outstanding Alumni Fellows will be awarded to:

Christopher (Topher) Batchelor graduated from NTU with a BA (Hons) in Broadcast Journalism in 2009, having originally arrived to study law in 2003.

He started his career almost straight after graduation, joining a local video production start-up before going on to join Nottingham-based creative video agency Fat Free Media as Senior Production Executive later becoming their Creative Lead. Here he worked with many well-known brands over the next 4 years, such as Nottingham Forest Football Club, Capital One, The University of Cambridge and Nottingham Trent University.

Topher then made the move to Germany, joining digital marketing agency Rheindigital. Now Senior Creative at the agency, he was awarded Platinum in the Hermes Creative Awards in recognition of excellence for a video he delivered for their global client DHL Express.

Topher has been an NTU Alumni Fellow since 2014 and is regularly involved in mentoring, giving guest lectures and other careers talks for the School of Arts and Humanities.

Simon Masserella OBE is a Justice of the Peace and National Digital Lead for the Magistracy.

He studied an HND in Electrical and Electronic Engineering at Trent Polytechnic (now NTU) and was a Chief Flying Instructor for the RAF before spending the remainder of his career in Information Technology and Systems within the steel, water, power, nuclear, telecommunications, finance and stock broking industries.

Currently Simon answers to the Senior Presiding Judge for England and Wales and deals with all digital matters on a national basis, having been appointed in late 2018.

Simon is an Alumni Professional Mentor and helped create the now well-known ‘Employer Challenge’ for Nottingham Law School, which is written into NTU’s 2nd Year Courses for Law.

Simon was awarded the Order of the British Empire (OBE) in the New Year’s Honours in 2022 for Services to the Administration of Justice.

Roger Luxton graduated in 1988 from Bournemouth University and started his career in an insurance company in the field of IT. Roger soon switched to a role in marketing, starting with roles at a leading Building Society and then onto Experian in Nottingham.

Roger continued his commitment to life-long learning and joined the part-time MBA programme at NTU. Roger credits the MBA for building confidence in his abilities which led him to successfully join one of the world’s leading Direct Marketing Agencies and saw him win two industry Smart Awards.

In 2010, Roger moved into consultancy and marketing software. He currently leads the Solutions Consultancy Team at Alterian that works with clients such as Mitsubishi, Scottish Power and The Wine Society.

Despite a busy work schedule, Roger found time to coach his local swimming club as a volunteer, as well as coach the NTU swim team.

In 2014, NTU launched its Alumni Fellowship Programme and Roger was amongst the first group to join. He has been a consistent contributor since, offering support through mentoring, delivering guest lectures, mock interviews and networking.

John Rabone is Managing Director and Partner of R&R Design FZLLC in Dubai working on major projects such as mall refurbishments in the retail, hospitality, commercial and healthcare sectors.

Previous to this, John was Managing Director of Evolution Design LLC also in Dubai, working in the retail design space. His clients included Harvey Nichols, Debenhams, M&S and Toys R Us.

Before he moved to Dubai, John worked as Associate Director for Revolution Design in London working on design projects for Harrods and Selfridges among others.

John graduated with a BA (Hons) in Interior Design from NTU in 1987. In 2017, he was invited to be an Alumni Fellow, and he works with students advising and mentoring through their final years up to employment.

Professor Edward Peck, Vice-Chancellor of Nottingham Trent University, said: “This year’s honorary graduate and award-winning alumni are from a wide range of fields and backgrounds and all have inspiring stories to tell. We are proud of their achievements and contributions they have made to society. Great examples of successful careers and achievements have been shown by them and we hope our students will see what is possible with their futures too.”