A new study is seeking to tackle weed infestation and herbicide resistance by detecting and quantifying arable weed seeds in the soil using environmental DNA technologies. 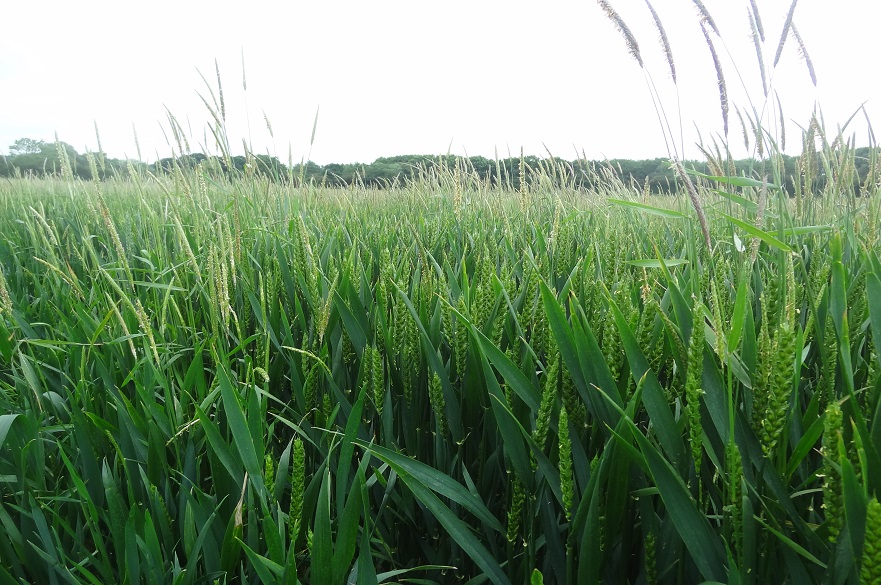 Environmental scientists at Nottingham Trent University are developing a new method that they hope will enable accurate detection of weed seeds in the soil and allow farmers to target herbicides to specific areas that could become problematic.

Weed infestation accounts for a third of global crop losses and increasing reliance on chemical control has led to a rapid evolution of herbicide resistance, making weed populations much harder to manage and threatening yields and food production.

In collaboration with the University of Sheffield and Rothamsted Research, this proof of concept study will look initially at black-grass (Alopecurus myosuroides) an arable weed that has been estimated to cause a loss of almost one million tonnes of wheat yield per year in England alone.

The study will involve developing and trialling a process in the lab using soils containing known amounts of seeds – similar to those seen in the field – to test whether they can detect this weed, and determine the amount of it present.

The researchers say that if they were able to accurately identify the density of weed seeds then farmers would not need to spray an entire field, reducing the risk of herbicide resistance and saving money.

She said: “Farmers need to equip themselves with knowledge of their weed populations in order to make informed decisions on where to target weed control and which chemicals to use. Developing and testing new approaches to provide farmers with this information is key to achieving this and developing more sustainable food production systems.”

If successful, the tool will be further developed with the aim of detecting herbicide resistant seeds in the seed bank and extending this to other weed species.

Dr David Comont, a weed ecologist from Rothamsted Research, said: “Not all weed species are universally bad and can also provide some benefits in an agricultural field.

“Understanding which species are present in the seedbank is crucial for determining the most suitable management - to maximise any benefits but minimise any damage from the weed community.”