Mike is another beneficiary of the NTU Graduate Development Programme (GDP). He took all the opportunities given to him and has now managed to secure a permanent role as the Multimedia Executive in the Creative Services team. 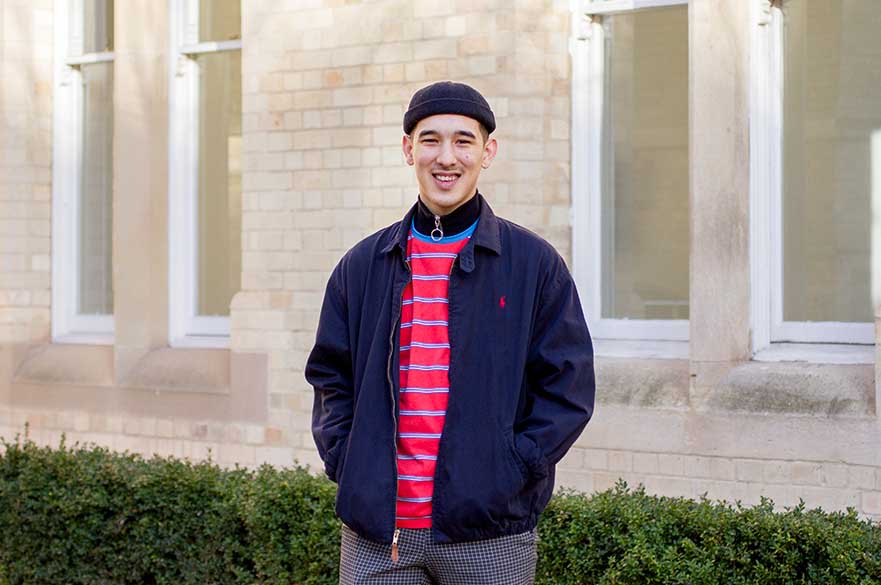 Having a community of like-minded people who are all in the same boat as you can be so beneficial to have. Most of us were in our first full-time jobs after university and having that support network where we could help each other out became so important to me.

Originally, I wasn’t hired through the GDP originally. I was already working in the Creative Services team, but I was sent an email from the coordinator of the Programme advertising the opportunity, so I put myself forward for it. It was the best decision I could have made.

We took part in monthly workshops which were honestly eye-opening. The first one I went to was about how different peoples’ backgrounds give them a different perspective on life. As soon as you figure that out, disputes and conversations become so much easier because you can understand why people say the things they do, and you can work together to figure out a solution. I didn’t expect to, but I used this skill and tons of others from the workshops every single day in my work, and it made everything way easier.

The Programme gave me an insight into how I work and how I work with other people. I wouldn’t have gained this if I didn’t take part in the Programme. You learn loads about leadership, self-confidence, and professional perspective. All these things I didn’t know that I needed, but now that I know more about these, I confidently bring them into every aspect of my life.

After finishing the GDP, I have secured a permanent position within the Creative Services team as a Multimedia Executive. Without the prior knowledge and learning from the Programme I wouldn’t have acquired the knowledge to get me through the challenges of the interview stage for my current role. I love the position I am in now and have taken on more responsibilities and work. It’s great to see that other graduates from my cohort have been able to progress across the University too. I think this speaks volumes about the Programme and how it doesn’t just help you in your current position but ensures that you have the capability to either progress within the University or elsewhere.

I have to say, the other graduates on the Programme were one of the things that made my experience here so great. Having a community of like-minded people who are all in the same boat as you can be so beneficial to have. Most of us were in our first full-time jobs after university and having that support network where we could help each other out became so important to me.