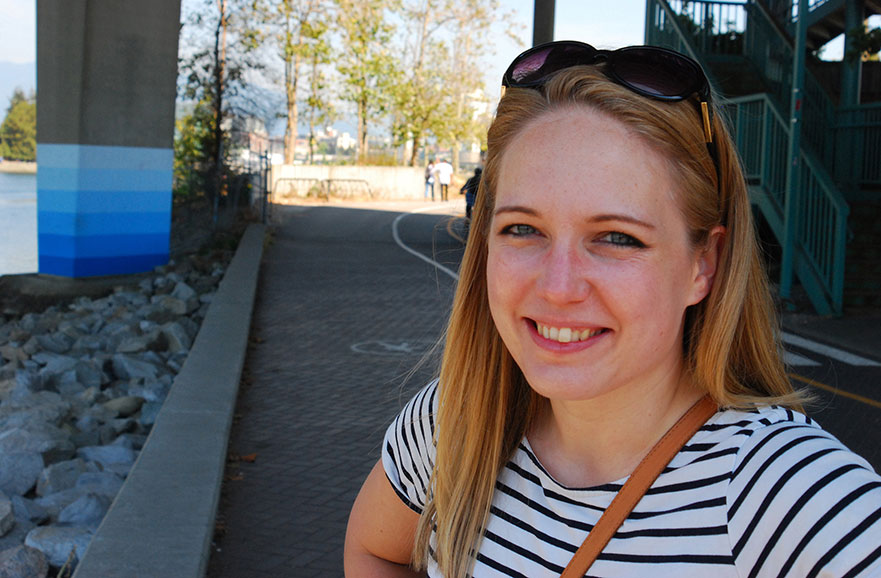 “I’ve been at Nottingham Trent University for fourteen years, and I’ve had a great career here as it’s a fantastic place to work.”

Jo’s roles have brought her a number of responsibilities within the organisation and have given her the opportunity to manage teams which, she says, has been hugely beneficial. However, when she found herself at a professional fork in the road she was not sure what she wanted to do next.

In a demanding job it can be difficult to find the time and space to figure out the answer to the question – ‘What do I want to do?’ I felt that I needed to be more active in my career journey.

To find that time Jo began looking into options which would allow her time out of her day job, and discovered that that the University had a career break policy. She didn’t know anyone who had taken a career break at that point and felt that requesting one might make her appear ungrateful for the opportunities her work had given her so far. “Our Head of Department, my Line Manager, was pivotal in helping make this happen. We had some very open conversations about what I needed. I feel lucky to work in a department which is dedicated to enabling others to flourish.”

Jo had a number of meetings with her Line Manager where he asked her questions about what she wanted to do and this enabled her to look at things from a different perspective. However at the time Jo didn’t know what the answer was. Her Line Manger was supportive of Jo taking a break to find out what might come next.

“I wanted to go somewhere for more than a holiday, I wanted to get a feel for a different place and explore.” Jo set off to Canada for three months, taking a journal with her to record any thoughts or ideas that came to her during the break. “Before my break I had developed an informal mentoring relationship with a Lecturer at the University, and she recommended the journal along with some relevant TED talks to watch. These played an informal, but important role in my time away.” When Jo came back she found that the break had given her the chance to explore many different ideas and enabled her to focus on the parts of her job that she really enjoyed. This gave her a clearer, broader view of what the opportunities and paths available to her were. While initially having to adjust to a management role again, Jo returned more refreshed. “It gave me a confidence boost about what was possible and left me excited about the future.”

While Jo was on her break it provided opportunities for members of her team to step up into her role, something she worked together with her Line Manager to organise prior to her departure. Her team rose to the challenge and were well placed to take up the mantle again when an opportunity arose for Jo to work on a secondment after her return. “Before the break I would have said that the secondment wasn’t for me, it can be very easy to talk yourself out of things, but after the break I felt that it was something that I could take on.” The new role has given Jo exposure to all sorts of new experiences - this and the ability to work with different people just wouldn’t have happened without taking her break.

Explore what is possible and talk to people that can support you – why not find out what could happen?