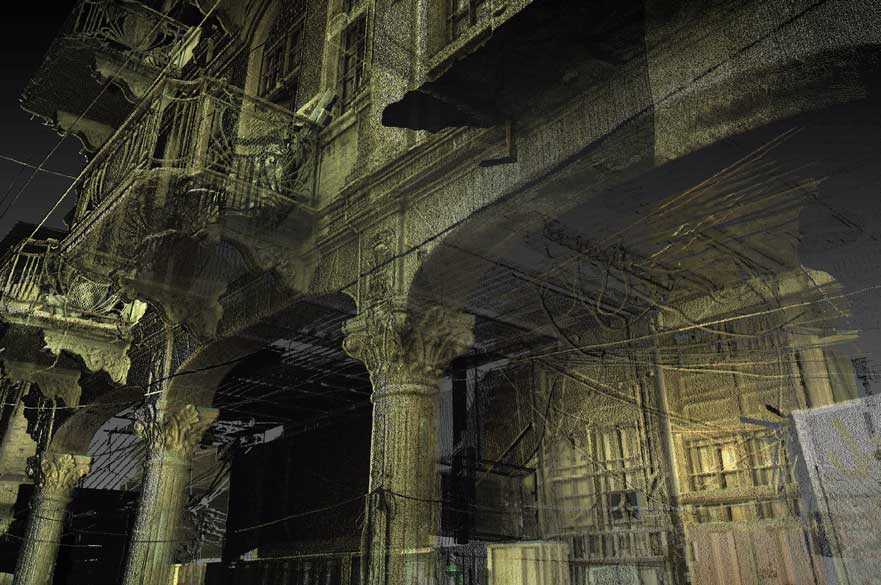 This research investigates placemaking, architectural aesthetics and cultural heritage of suburbs within the Migrant diaspora in the United Kingdom. This study explores 'Migrant' spaces in cities with many Migrants and where little research has been done there, principally in Birmingham, Nottingham, and Manchester. It also seeks to question the ascription of identity to space and ethnic placemaking for the diverse Migrant diaspora from India, Pakistan, Bangladesh, and African countries. Thus, this study principally analyses how architects, clients, homeowners, leaders (religious and cultural), and artists transform their spaces by borrowing and reinventing architectural elements from the homeland. This includes civic, religious, commercial, residential, and community buildings.

This research is significant as it examines how visual culture transcends the identification with the homeland and becomes part of 'migrating' material culture in major UK cities. It also reflects the material change of localised architecture and neighbourhoods. The importance of this research comes in a context of tension and a high level of hate crimes, and continuous debates on the 'integration' and 'disengagement' of Migrants in major European cities and suburbs. For the past decade, the Migrant population in Europe has continued to grow. The approach seeks to uncover internal diversity and stereotypes within ethno-racial Migrant communities, asking how architectural and historical research in Europe might contribute to this effort.

Research on Migrant communities focuses on polemics and resistance in European cities and Samuel Huntington's incessant versions of the repetitive 'Clash of Civilisations'. Furthermore, there is an additional gap in place-making literature, which focuses mainly on religious spaces and design criteria. Researchers tend to overshadow the study of architectural aesthetics and visual culture of 'Migrant' spaces in Europe. Even in terms of migrant spaces, the houses of the Migrant diaspora have been absent from architectural discourses. The 'European' mosque polemics, for instance, and the debates on minarets have been the dominant feature of this unconsidered research and the notion of anti-mosque, and by correlation anti-cultural heritage, in European cities.

This research will focus on cultural heritage engaging NTU's CAUGH and its Centre for the Study of Religion and Conflict. It also includes the University of Cambridge and the British Migrant Heritage Centre. The latter is an institution committed to embracing diversity, varied Islamic heritage, and cohesive society. The study of Migrant architectural spaces through the lenses of social and cultural ethics and religion would undoubtedly promote discussions about inclusion by recognising the 'other' heritage.

For the eligibility criteria, please visit our how to apply page.

We are looking for motivated, engaged individuals to join our doctoral community. If you are interested in applying for one of the proposed Studentship projects, visit the "how to apply" page to access our application portal: please note, you will need to use the ‘NTU Doctoral Application 21/22’ form.

As you are applying for a project, your application should clearly outline which of the projects advertised you wish to apply in Summary of Proposed Research Topic. In Research Proposal and Personal Statement, please give up to 1,500 word statement of why you are interested in the project you are applying for and how you would engage with the research proposed. Think about the outline and research aims for the project and how you would approach them, as well as showing your understanding of the field and how the project will contribute to or challenge existing research. Your statement should focus on the framework of the project, to give the panel a clear idea of your understanding of the research project/topic. You will also need to include a bibliography or reference list for any work you cite.

Your skills, experience, motivation for pursuing doctoral study, and interest in the field should be included as part of your 500 word Previous Experience and Personal Statement.

Please note that only applications to the advertised projects will be accepted as part of this funding call; do not use your application to propose your own research project.

The application deadline is Friday 18 February 2022.

This project is fully-funded by the Cultural Heritage Research Peak Studentship Scheme.

Please see our application guide for prospective candidates. You can also find a step-by-step guide and make an application on our how to apply page.