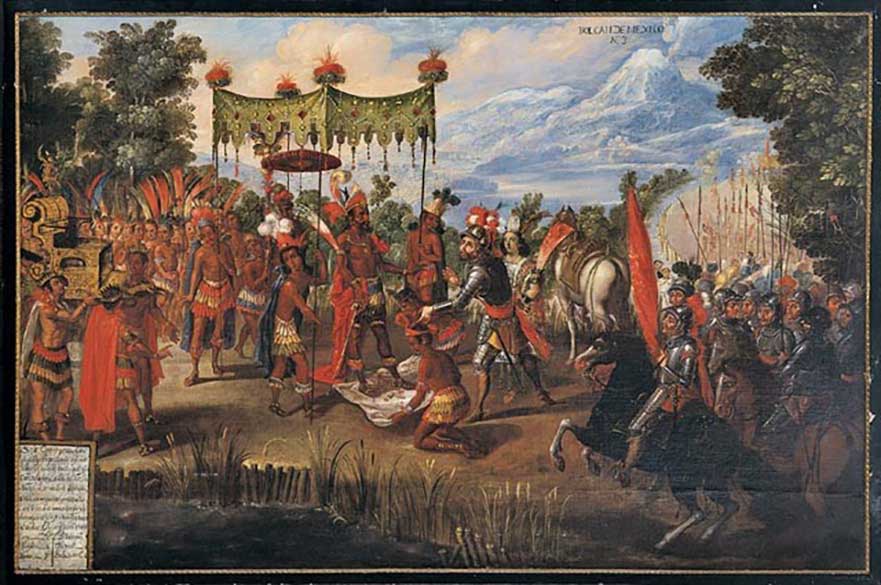 Origins of Identity and Myths of Empire: Spain and Mexico, from the Late Medieval to the Early Modern Period

The impact and morality of empire is a topic that has gained a lot of attention, in scholarly and popular circles alike, in recent times. Ideas surrounding nation and identity have been formed using notions of empire, and nostalgic views regarding imperial power and prestige are now being called into question.

With the vast majority of pre-Hispanic books and codices destroyed during the conquest and subsequent ‘Spiritual Conquest’ of Mexico, this research will address how indigenous people are presented, and what effect these ‘histories’ have had on our knowledge (or lack thereof) regarding their own history and culture.

The current project examines sources such as: post conquest codices, chronicles of Spain, and ‘histories’ of Mexico written by friars tasked with converting the indigenous Mexicans, along with hagiographical works, colonial plays, poetry and iconography.

Dr. Amy Fuller is the PI for this project. The research will be disseminated in the first instance at Leeds IMC in July 2018. ‘For Their Own Good: re-writing the conquest of Mexico’ is part of a wider panel exploring (Mis)remembering First Encounter in the Atlantic and the New World’, which aims to build on the IMC 2018's thematic strand on 'Memory'.

The session will explore the ways in which first encounters between Indigenous peoples and Europeans have been (mis)remembered or (mis)represented, in both the historical record and modern scholarship.)

The research will explore how the history of Spain was re-written after the conquest of the ‘New World’ in order to incorporate both the Roman and Aztec empires, and how origin myths of the Mexica were subsequently written, absorbing them into the biblical tradition and presenting their defeat as an inevitable and fortuitous event that led them back to the True Faith.

Ultimately this research will explore the impact of these ‘histories’ upon the identities of various groups (indigenous, mestizo and creole) that formed in colonial society. Public awareness and interest will be sought through completing a related article for History Today, in order to make a contribution to knowledge outside the academy and foster wider network relationships as the project develops.