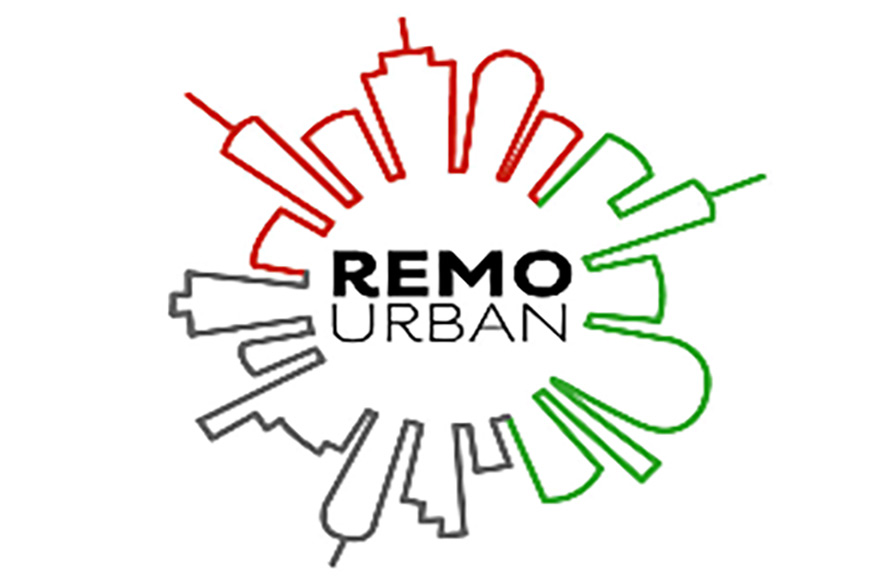 REMOURBAN is a major Future Cities demonstrator project, supported by a major EU Horizon 2020 investment (EU Lighthouse project scheme) for five years (2014-2019). EU Lighthouse projects will tackle issues at the intersection of the: (i) transport, (ii) energy and (iii) ICT sectors. The projects trigger strategic partnerships of innovation-driven companies from the three sectors acting across geographical borders. They forge strong partnerships with local leaders and municipal authorities to gain the vital support and visibility necessary to engage and empower citizens and local stakeholders to reduce greenhouse gas emissions and energy consumption and more widely to improve the urban environment.

Remourban is a partnership between three EU cities:

Each partner city develops novel solutions independently, according to its own local needs. These solutions and innovations are then shared across the five cities, to develop generic city solutions.

Nottingham is famous for its link to the legend of Robin Hood and in the last century also obtained worldwide recognition for its lace-making, bicycle and tobacco industries. Nottingham, one of the major cities in East Midlands, is situated 130 miles north of London and has an official population of 305,750, which is relatively small due to historically tightly drawn official city boundary. The wider city urban area has a population of 729,977 making it the ninth largest urban area in UK. Nottingham has a number of famous institutions and venues like the National Ice and Water Sport centres, the famous Trent Bridge Test cricket ground and the city has two universities attended by over 60,000 students.

The city has already developed a first phase city wide Energy map based on the work for the energy strategy, however this mapping and modelling needs to be developed further to make it fit to meet the vision of 'A smart city where energy flows are planned, mapped and monitored.'

The area around Sneinton Road, Sneinton. Nottingham is considered as the most appropriate for the development of the REMOURBAN (DEMO site). The site is very close to the existing district heating. The pipe line is reaching the Bio City which is very close to Sneinton Road (100 – 200m). There is a substantial Nottingham City Council (NCC) housing in the area that need upgrading to much more energy efficient state. Close to the site is one of the famous city landmarks – George Green's Windmill and science centre. The project will focus on a variety of property typologies in Nottingham within the Sneinton area (see attached property typology catalogue) ranging from one bedroom flats to three bedroom terraced houses, and in age, from 1900 to the 70s. A large number of the properties (65%) in the area are social housing, owned by Nottingham City Council (NCC) and managed on their behalf by Nottingham City Homes (NCH). However the energy efficiency retro-fit work will be open to all tenures within the defined streets and property types so that households, regardless of ownership, will benefit from the project.

Despite the variations in age and construction type, the common characteristic of most of the selected properties in the area is the lack of insulation in the walls, whether these are constructed from solid brick, solid concrete or various types of infill cladding on timber studs between solid cross-walls. This variety of property types requires different types of solid wall insulation. There are a few cavity wall properties in the area but these have not been included in the project since the insulation of the cavity wall properties is simpler and less costly and the majority of these properties have already been insulated.

Dr Anton Ianakiev is a Reader in Finite Element Modelling and teaches Introduction to Structures and Engineering Maths modules to undergraduate Civil Engineering students. Dr Ianakiev's main research area is the application of Finite Element Modelling in analysis of structures and heat transfer and also the use of sustainable materials in structures and products. This research is in line with the main research activities at NTU (School of Architecture, Design and Built Environment) to help Small to Medium Enterprises (SME’s) in the construction industry to become more competitive, produce higher quality products and reduce energy consumption and carbon emissions, to better understand their manufacturing processes and use of materials.

At present Dr Ianakiev is also developing research in Smart Heat Networks, where his interests are in the development of low temperature district heating system with distributed energy storage to reduce transmission heat loses and load variations, incorporate renewable sources and use smart metering systems to optimise the heating system and reduce the overall running cost.

Over the last three years public and private capital investment has been steered according to the strategy, resulting in energy saving retrofit investment into around 12,000 of Nottingham's homes (1 in 10), 3,500 (1 in 35) homes with PV systems. There is a significant extension to the city district heating network and a significant extension to the city's tram network. The city is now looking to steer investment into harder to treat areas such as solid wall insulation. Nottingham has the UK's largest solid wall retrofit programme.

Nottingham City has developed a City 2020 Energy (and Carbon) strategy in 2010 this was adopted by cross-party consensus. The strategy covered domestic, commercial, public and industrial infrastructure, energy saving, energy generation and transport.

Nottingham's successful public transport network now carries around 75 million passengers a year. Since 2003, the number of passengers has increased significantly and unlike most other English cities Nottingham has experienced a renaissance in bus use reflecting the high standards of quality, while Nottingham's tram network has been heralded as the most successful light rail project in the country. Over half of Nottingham’s residents have no access to a car. There is currently only a limited tram and rail network, making bus travel the predominant form of public transport – accounting for around 75% of the 75m pa public transport trips made.

Some of the predicted results and outcomes from this projects are;

The REMOURBAN project encourages pro-active inclusion of the citizens, who are presently excluded from day to day energy reduction and resourcing processes, to be deliberately included in the future. It is a platform by which the "have-not" citizens learn from each other and join in the decision making for their community and city through better awareness and information. This leads to citizen-led influences on social reform within the cities.

The project advocates a distributed approach for cities by empowering citizen interaction on a hyper-local level, via social networking. This view is rooted in structuring participation and technologies to enhance and encourage cooperation, engagement and social exchange – a framework of citizen engagement in which people are at the centre of figuring out what their neighbourhood needs, how to implement it, and how best to work with nearby neighbourhoods for mutual benefit.

Remourban is a partnership between three EU cities: