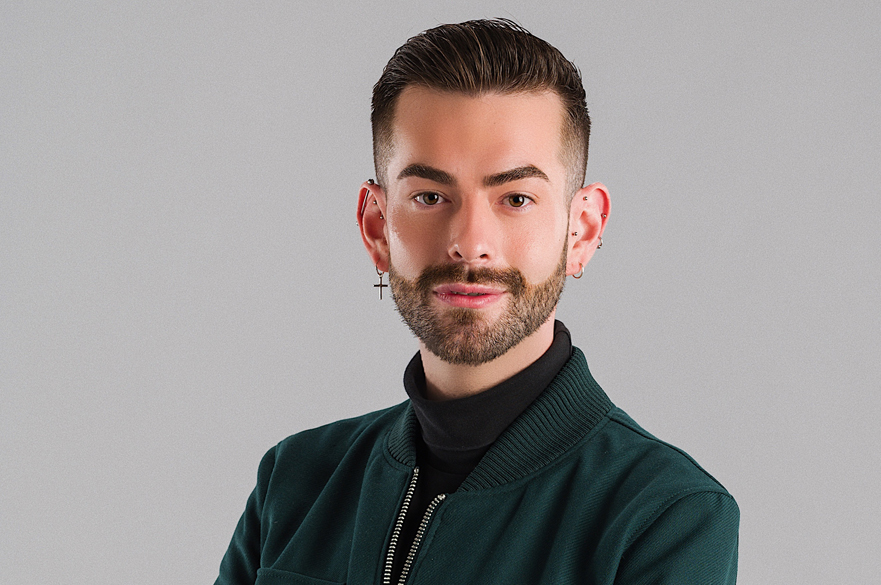 Specialising in Art Direction and Filmmaking, my role teaches Fashion Communication and Promotion to students at undergraduate and postgraduate levels, encompassing all the following areas:

As an Art Director, having held in-house and freelance positions, I have been fortunate enough to work on projects for brands such as Ocado Retail - the world's largest online supermarket, Charlotte Tilbury, and Shaun Leane, to name a few. With most having consumer bases in their millions and various touchpoints to be considered, I have executed my creative direction across print, digital and moving image, in some cases, featured on UK television.

As well as my career in Art Direction, Filmmaking is a prominent attribute of my work. I have produced over twenty short films, worked as an AD and Production Designer on music video sets and directed an award-winning queer short film, Caravaggio's cupid, the first LGBTQ+ narrative film set within Germany's prestigious Gemäldegalerie.

Homosexuality and The Heteronormative lens is a self-devised research project which identifies what it means to be gay today, exploring the digital age and its curation and introduction of virtual spaces within the gay social landscape. Started in 2016, my research questions whether these platforms allow for easier accessibility of gratification and discrimination and analyses the heteronormative ideologies of past and present surrounding the LGBTQ+ community.

Visiting Practitioner, BA Design for Art Direction at University of the Arts London.

Judge of the Queer Student Awards.

In a previous role, I was the Communications officer, Partners in Pride. This committee's role is to raise money for LGBTQ+ charities, provide a support network amongst colleagues, and ensure that we, as a business, take proactive steps in educating our internal workforce and our customer base on LGBTQ+ related issues.

As Communications Officer, it is my role to spearhead the development of our communications strategy on behalf of the committee and how we communicate issues and news surrounding the LGBTQ+ community to our customers.