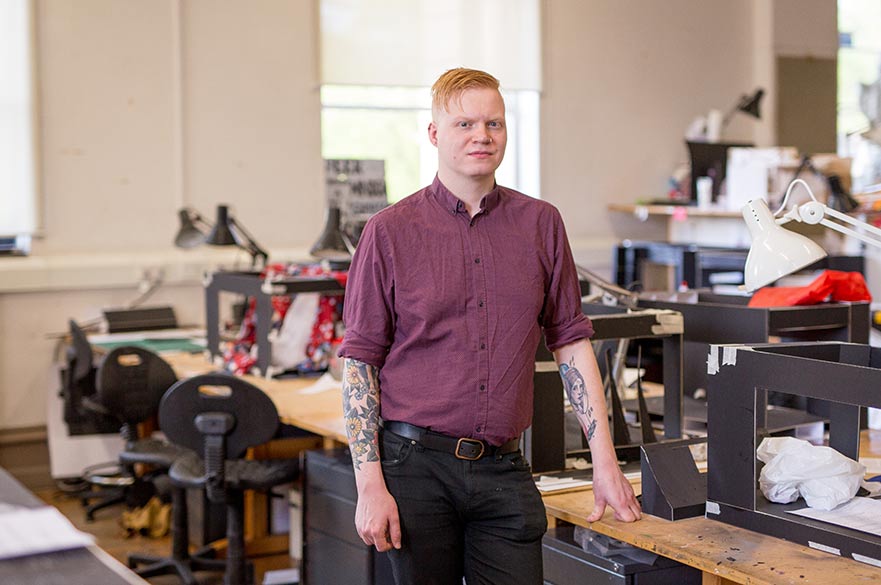 We now offer: BA (Hons) Design for Film and Television

I chose to study at NTU because it is one of the only courses teaching film design in the country, and it is also one of the best, especially regarding industry links and work experience.

“I chose to study at NTU because it is one of the only courses teaching film design in the country, and it is also one of the best, especially regarding industry links and work experience.

“I most enjoy that it’s a small course that has a very family feel to it. All three years work together and go on nights out together. But more importantly, who wouldn’t enjoy drawing and making models for three years?

“We had the BAFTA award-winning and Oscar-nominated Production Designer Sarah Greenwood come and talk to us about her work and her method of designing. She has designed films such as Anna Karenina, Sherlock Holmes, Atonement and the upcoming live-action Disney picture Beauty and the Beast. She was very engaging and I believe everyone on the course found her lecture to be really inspiring.

“In October 2014 I worked on Disney’s Alice Through the Looking Glass at Shepperton Studios near London. I helped out with set dressing, model making and anything else the Art Department  needed me to do. I met loads of people who gave me great advice in regards to my portfolio and made lots of contacts within the industry.

“Similarly in October 2015, I worked on Rogue One: A Star Wars Story at Pinewood Studios. As Star Wars was the reason I got into this discipline in the first place, it was a dream come true to get work experience on this film. I also met some really inspiring people who gave me tonnes of advice and it really helped me further understand the process of making films from an Art Department perspective.”