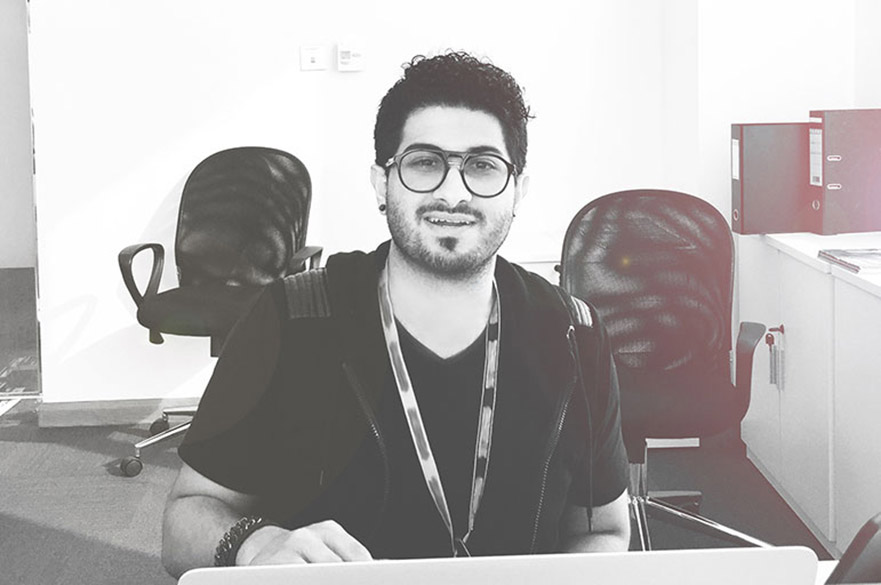 The greatest part about this industry is each job teaches you something new.

Uzair graduated from our BA (Hons) Design for Film and Television course in 2012 and is now launching his own production company. He talks about the experience he gained during his time at NTU and what he enjoyed most about the course.

How do you think the course helped to prepare you for a career in film and television?
"NTU's BA (Hons) Design for Film and Television course offers an understanding of the industry, how it functions and runs. Most importantly it helps you develop the skills required to take a step into the industry.

"One of the things I used to love was people within the industry coming to talk to us individually about our projects. People don't realise but ten minutes with them is worth more than 20 hours of lectures. Each student gets to discuss and solve problems practically, whether it's flaws with design, structure, safety, or budget."

Can you tell us about some of the work experience opportunities that you had during the course.
"The work experience was the icing on the cake. I was fortunate to get onto 007- Skyfall in 2012. It was one of the greatest experiences I've had. I also did a couple of episodes of with the BBC on Harry and Paul, and a couple of commercials. The greatest part about this industry is each job teaches you something new, the obstacles are always changing and you always use what you have to solve the situation.

"Skyfall was a great learning curve to how the big films work. The level of detail and planning throughout probably 15 departments to execute a single shot, you can't learn that in any book or lecture. I learnt how important time is and how that factors in with creativity."

You're currently working on the latest Star Trek film – how does it feel to be part of a cult film?
"I'm a huge fan of science fiction films, so you have no idea how awesome it is to be on Star Trek! The biggest eureka moment for me was finding out that Tom Sanders, who was nominated for an Academy Award for Saving Private Ryan, is the production designer."

You're now launching your own production company – can you tell us a bit about it, and some of the projects you've got lined up?
"The company is called B Kreativ Productions. We have a vision of wanting to build a platform for creativity, that leads to a legacy one day. We have already done a couple of projects, one being a music video, but during the course of the next month we'll have our website and the whole corporate side up and running."