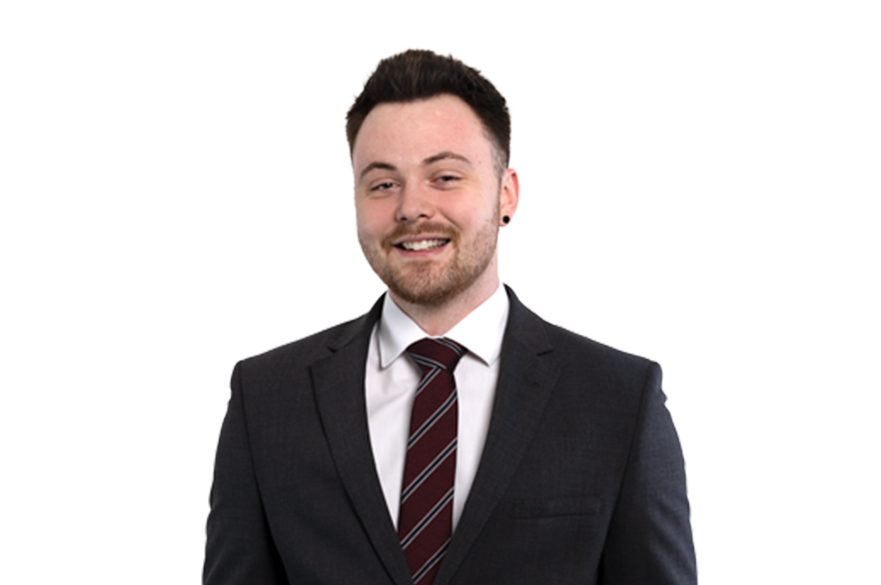 One of the things that drew me to law in the first place was knowing that no matter how much knowledge I have, there will always be so much more to learn.

James studied LLB (Hons) Law, graduating in 2019 and is currently working as a Trainee Solicitor. We caught up with him to find out more about his experience at NTU, and how a serious motorbike accident changed his attitude and approach to his academic studies.

There are loads of factors involved with picking a university, but if I had to distil it, I would say that NTU was making its way up in the rankings when I was looking at which university to go to, and after coming to the open day I was pretty well convinced. I could see that Nottingham is amazing for students and I didn’t feel like I would run out of things to do.

I think getting my law degree was all well and good but learning to cook may have to be the highlight of my university experience. For some reason which I still don’t know, I punished myself with spaghetti bolognese almost every night for my first month of University, forcing it down through the tears. After that, I decided to stop the barbarism and pick up a cookbook. I haven’t touched a spag-bol since.

What extra-curricular activities did you take part in? What impact did this have on you?

I made an effort to involve myself in extra-curricular activities relating to law, such as negotiation, mediation and interviewing activities. In some of these things I did well, and in others I was less than prodigious, but I enjoyed them all. Good or bad, I’m glad to have had the experience as these competitions and exercises are much closer to legal practice than studying the theoretical side of things, and I’m sure that this is a theme that runs in many other courses as well.

I also played a small part in helping my friend, Akil, to start a society called The New Black and I learned a lot from him. The society, among other things, aimed to empower people to achieve their best when they may not have that support naturally around them.

Socially, I tried a few different societies like motorsport and airsoft, where I made some friends and tried things I wouldn’t have otherwise, but the one that had the biggest impact was completely out of the blue. I was spontaneously asked if I wanted to go to film society one evening after class, so I gave it a go and met some new people - five years (and a few group holidays) later and I have a brilliant group of friends who I do almost everything with!

Did you undertake a placement year / internship and/or study abroad?

I didn’t do a placement or work abroad, but I did volunteer at Citizens Advice throughout my time at University. All I will say is if you can do a placement, especially abroad, then do it!

Typically, I would be drafting various documents, attending meetings with clients or helping with advice on issues they may be having, interspersed with what I will admit is too much coffee.

I could try to dig out my old applications for something more eloquent, but I think it really just comes down to the fact that working in law is a career that I knew I would find really interesting. I will say that one of the things that drew me to law in the first place was knowing that no matter how much knowledge I have, there will always be so much more to learn.

I’ve been quite lucky with my run I would say, but my final year of A-Levels and the start of University were a bit tricky as I got myself into a motorbike crash when I was seventeen and bounced myself all the way into intensive care. The head injury was the worst of it and I did struggle with my memory and my grades suffered.

I changed my attitude and worked a lot harder and in different ways than I used to, to prove to myself that I could still achieve what I knew I was capable of, and I was very lucky that it worked.

There were things I couldn’t do though, and I found that counter to what you might see a lot online, sometimes you might get dealt a hand that means you can’t win, no matter how hard you try but that’s alright. Try your best, and if it doesn’t work, be proud of what you’ve done and take a look at one of the other countless directions life can take you.

I would say my greatest challenges were in my settling in period. There is a lot to learn when you start working as a trainee solicitor (or any job), on top of getting used to living on your own and being in the swing of working life after university and covid, but most people will go through similar things at the start of their careers and it’s good to remember that it’s normal. I had a particularly tough day once when I absent-mindedly poured lumpy milk into my first coffee of the morning, too.

Nothing is set in stone, but career-wise it’s a nicely set out path to becoming a solicitor, so I’ll just keep going and with a little bit of luck I’ll qualify next year. Outside of that I definitely want to get more traveling done in the next couple of years and take back some of that time which lockdown nabbed.

Take up as many hobbies as you can because there’s so much to do while you’re at university and so much time to do it.