A double award win for NTU musicians at Unibrass 2018

The NTU Brass Band and Drumline have scooped two awards at the national university brass band competition, Unibrass. Following a successful debut in 2017, NTU were once again presented with the Best Percussion award and also walked away with the prestigious Best March award. 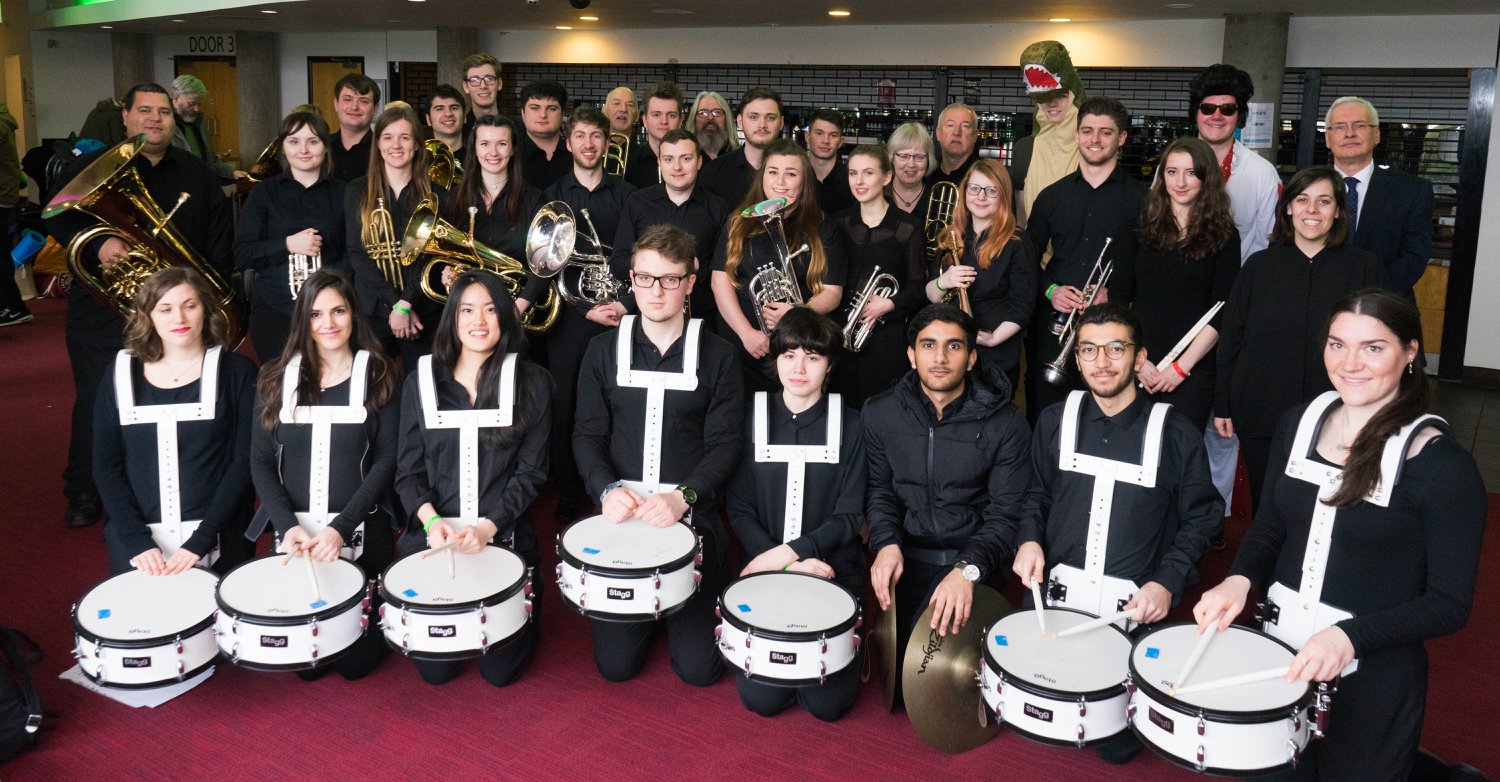 Both ensembles travelled to York Barbican on Saturday 17 February to compete in the Shield section of the contest. NTU’s band, consisting of students, staff and alumni, went head to head with university brass bands from across the UK, including Oxford, Cambridge and Bristol.

With just twenty minutes to the impress the independent adjudicators, NTU chose a daring programme that included a world premiere of the spectacular Godzilla Eats Las Vegas, arranged by NTU’s brass tutor and Brass Band conductor, Peter Lacey. The band also performed a version of the classic march Aces High which featured in the popular 1969 film Battle of Britain, and the fantastically fun Frolic for Trombones by Reginald Heath.

Brass Band member and MSc Product Design student Ben Irwin commented: “Winning the Best March and Best Percussion awards made all the hard work we’ve put in over the past few months worth it. Unibrass is also a great weekend for the band to socialise, and meet fellow student musicians from across the country.”

The NTU Brass Band is a non-auditioned ensemble open to students, staff, alumni and members of the local community. If you play a brass instrument and would like get involved, email music@ntu.ac.uk to find out more.

The NTU Drumline comprises of students from across the University, and is led by NTU’s percussion tutor Steve Barwell. The Drumline perform exciting charts and pieces for marching snare and bass drums, and play in the style of some of the world’s leading drumlines.

Unibrass, the UK’s University Brass Band Championship, was founded at Lancaster University in 2010. The contest has since been hosted by the University of Warwick and the University of York, and in 2019 will take place in Bangor. During the one-day event, over twenty bands compete in two sections, the Trophy and the Shield. The competition culminates in an award ceremony and a Gala Concert which has previously featured The Cory Band and Tubular Brass.

A double award win for NTU musicians at Unibrass 2018