Conservatives and liberals are equally like to believe false news stories that support their point of view and to dismiss true stories that undermine it as ‘fake news’. 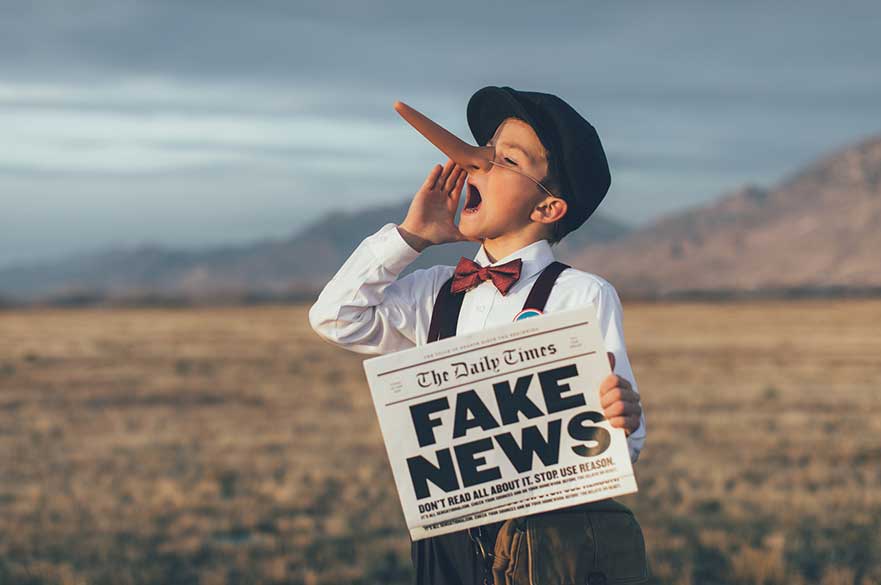 Conservatives and liberals are equally like to believe false news stories that support their point of view and to dismiss true stories that undermine it as ‘fake news’. However, liberals form their views because of a sense of self-righteousness, while conservatives do not do so to the same extent.

That is the finding of research being presented today, Wednesday 2 May, by Dr Craig Harper from Nottingham Trent University to the annual conference of the British Psychological Society.

In the first, 722 Americans were asked to look at invented news stories about either President Donald Trump or his predecessor Barack Obama (one favourable and one unfavourable about each). While the participants proved quite good at identifying them as fake, they still rated the stories that agreed with their political ‘side’ as less fake than the ones that were inconsistent with their views.

The second study used a sample 570 from Britain – split evenly into ‘Remain’ and ‘Leave’ groups based on their votes in the EU referendum – and two news stories: one favourable to Brexit and one not. This found that participants were inclined to disbelieve stories that did not fit with their opinions.

In the third study the researchers set out to discover how these reactions came about. They were particularly interested in ‘collective narcissism’, the process where members of a group have a strong view of the righteousness of their opinions and maintain it by making favourable comparisons with people who are not members.

This study saw 904 Americans, drawn from across the political spectrum, asked to study two real news stories about President Trump, one favourable and one unfavourable. As in the earlier study, liberals judged the anti-Trump story as being significantly more legitimate than the pro-Trump story, with conservatives demonstrating the opposite trend.

The researchers also found that high levels of collective narcissism led liberals presented with the anti-Trump story to exaggerate its truthfulness. While there was a pattern for higher collective narcissism leading conservatives to see the pro-Trump story as being more legitimate, this effect did not reach statistical significance in the initial analysis. Instead, conservatives with a higher faith in intuition – the propensity to use their gut feelings to make decisions – were more likely to believe both stories, irrespective of their content.

Dr Harper said: “The concept of fake news has taken hold of political discourse since the election of President Trump in 2016, leading to the delegitimisation of media outlets across the Western world on ideological or political grounds.

“Understanding the similarities and differences between groups will be important as we seek to develop strategies to reduce the growing tide of political polarisation in our democratic societies.”