Global CO2 emissions are being significantly underestimated because the contribution to carbon cycling of more than half of the world’s river networks are being ignored, a new study suggests. 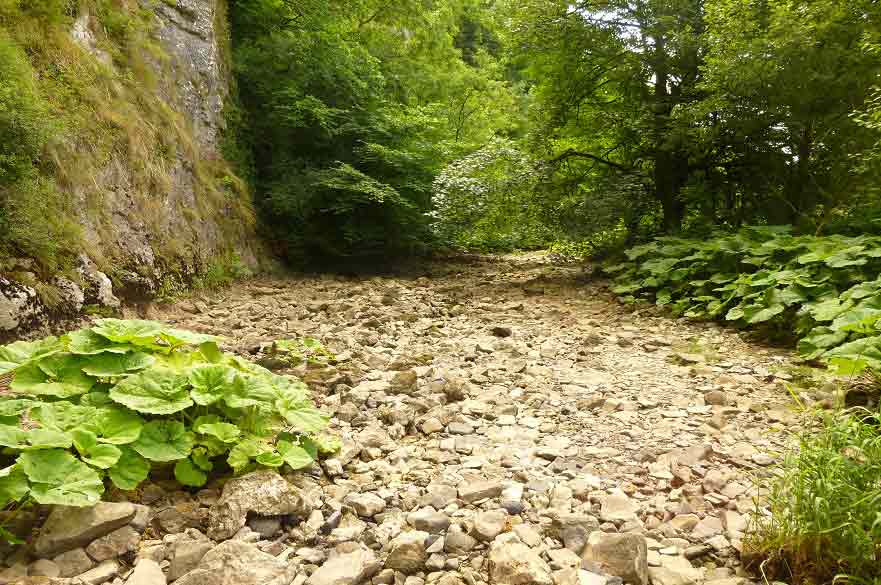 A major international study led by the IRSTEA research institute in France and involving almost 100 partners, including scientists at Nottingham Trent University, looked specifically at ‘temporary rivers’ – which sometimes stop flowing and may dry out completely.

It is known that rivers and streams make a disproportionate contribution to global carbon cycling, but temporary rivers – also known as intermittent rivers and ephemeral streams – aren’t included in current assessments.

As the carbon cycle is a significant influence on changing climate, the researchers say the findings are important to help inform ongoing and future predictions of global change and to develop strategies to maximize ecosystem resilience.

Substantial amounts of terrestrial plant litter such as leaves and wood fall into dry riverbeds and accumulate, before undergoing rapid microbial processing when the water returns.

The research team’s estimates indicated that a single pulse of CO2 emission upon litter rewetting could contribute up to 10% of the daily emissions from temporary rivers, particularly in temperate climates.

Estimates of daily CO2 emissions from inland watercourses could rise from between 7 and 152% if data from temporary rivers are added to existing data, they believe.

Aridity, cover of vegetation, channel width and duration of the dry phase all contributed to the variability and decomposability of the plant litter, the researchers found.

Although far less studied than permanent rivers, due to climate change and increasing water demands temporary rivers will are becoming more common in many regions, including those with temperate climates such as the UK. This is the first study to look at temporary rivers’ contribution to global carbon cycling.

Dr Rachel Stubbington, senior lecturer in ecology and environmental sciences in Nottingham Trent University’s School of Science and Technology, said: “The return of water to a long-dry riverbed acts as a ‘hot moment’ – a burst of biological activity as dormant microorganisms awaken. Their activity allows the river to ‘breathe’ again, releasing huge amounts of CO2 to the atmosphere.

“What we need to work out is how these ‘pulsed’ emissions alter current, global estimates of carbon cycling – and what this means for our ability to adapt to and manage climate change.”Thibault Datry, freshwater scientist at IRSTEA, said: “Very little attention has previously been paid to this plant litter’s fate when a river resumes flowing. Our work implies that the contribution that these dynamic ecosystems make must be included in future global carbon cycling assessments.

“High respiration rates were measured by the research team, reflecting the reactivation of microbial communities within the litter. In turn, this activity released substantial quantities of CO2 into the atmosphere.

“Our results suggest that the exclusion of temporary rivers leads to notable underestimation of the contribution of the world’s river networks to the release of CO2 into the atmosphere.”

The study was part of the ‘1000 Intermittent Rivers Project’, which is an international initiative to gain understanding of the ecology of temporary rivers.