The poorest 30% of the UK population as a whole spend more than they earn, new analysis reveals. 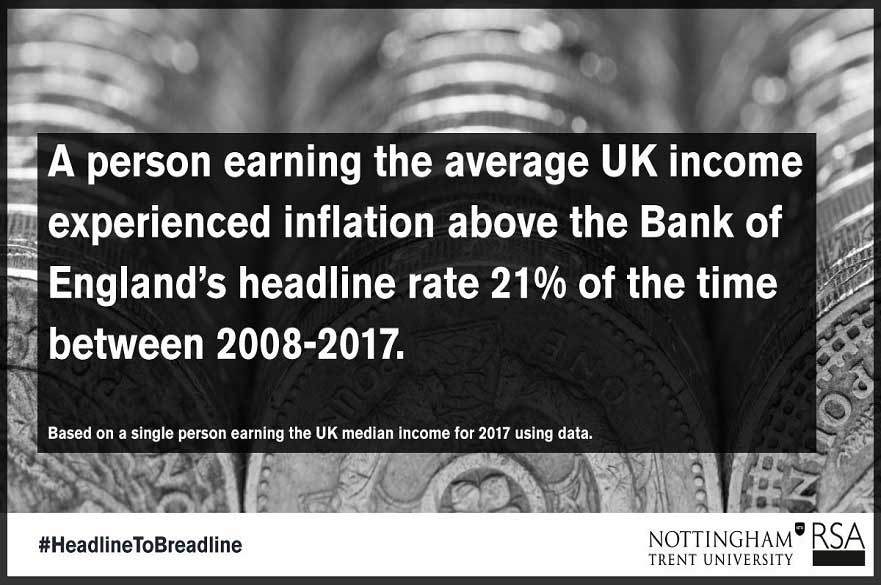 A new tool available here developed by Nottingham Trent University and the RSA, aimed at economic policymakers and based on official ONS figures, indicates dependency on overdrafts and payday loans is likely widespread among this group.

The RSA and Nottingham Trent call on the government to make a renewed focus on economic insecurity and understanding the precarious finances of those “just about managing” and those not managing to get by.

This finding mirrors separate research from the RSA and Nottingham Trent University in February, which similarly found that around 30% of respondents to an RSA/Populus survey said they were not able to get by. Another 30% said they were only “just about managing”.

Tom Harrison, researcher at the RSA, said: “Debt is often thought of as a problem only for the very poorest or those who lack the supposed moral character to avoid tempting purchases.

“But our data reveals that around the bottom 30% of earners spend more than they make – indicating financial precariousness is much more widespread than many feared.

“Our research also shows that this group are spending more on essentials than luxuries, indicating debt is likely being used to buy food and pay rent, rather than TVs or smartphones.

“With a decade of disruption looming from the challenges and opportunities of automation, as well as Brexit uncertainty, we urgently need a new focus on economic insecurity from policy-makers to support households – 40% of which have less than £1,000 in savings.”

The tool also shows that inflation is not experienced as a single national figure but that rising living costs vary depending on what households purchase, with housing costs in particular varying hugely by age and region. For instance:

Previous RSA research on tackling economic insecurity found 80% of UK workers worry inflation will outstrip their pay. Meanwhile 40% have less than £1,000 in savings, and 30% of households say they are not currently managing to get-by.

Providing a tool that highlights how inflation and household spend differs across society is an important way to help people understand how the economy affects them and how they can engage with it. We hope our data tool can support people to become more informed of their position and raise the awareness of economic insecurity across the UK.