The NTU Choir has been invited, once again, to perform The Star Wars Saga with the internationally renowned City of Birmingham Symphony Orchestra (CBSO) at Nottingham’s Royal Concert Hall. 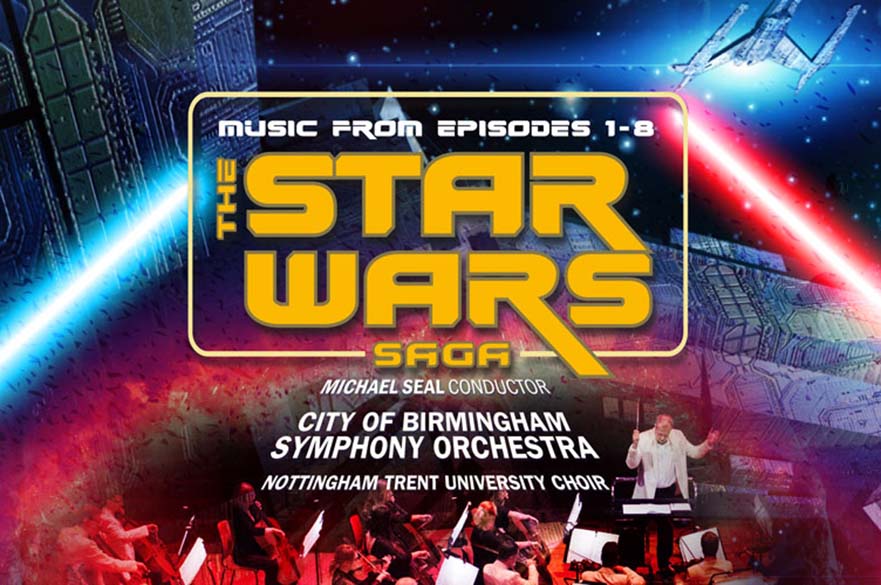 Later this month they will sing parts of John Williams’ iconic score, including Duel of the Fates (The Phantom Menace) and Battle of the Heroes (Revenge of the Sith). From the heroic opening titles to the clashing light sabres of Obi Wan and Darth Vader, the concert will feature the music that has defined the film series’greatest scenes.

The NTU Choir is the largest vocal ensemble at the University, and is open to students, staff and members of the local community. There is no audition to join, and welcomes singers of all abilities and experience. Opportunities this Concert Season include:

If you’re interested in joining the NTU Choir, email music@ntu.ac.uk to find out more.

NTU staff can get 50% off tickets for this event – email created@ntu.ac.uk to find out how to get your discount.

NTU students can get their hands on £5 tickets by signing up to the Royal Concert Hall’s free Go Card scheme.