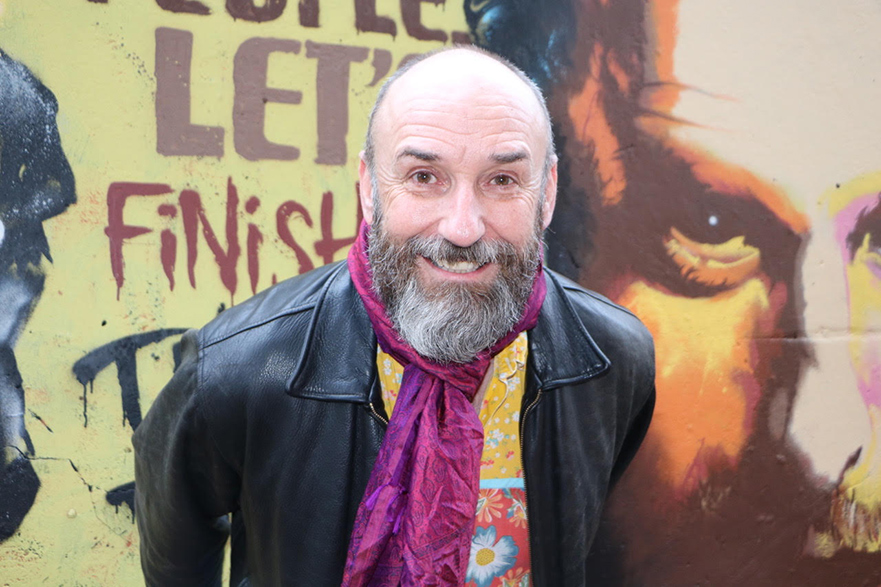 Writers Guild of Great Britain (WGGB) radio co-chair and award winning scriptwriter Nicholas McInerny recently visited MA Creative Writing students at Nottingham Trent University as part of the WGGB radio drama roadshow series. Nicholas is a prolific writer, having written 30 Radio plays, and 35 TV episodes (including 30 episodes of The Bill), in addition to having 15 plays produced and two screenplays commissioned during his career.

This was a fantastic opportunity for students to ask questions to someone with a wealth of industry experience, and to find out about writing for radio as a potential career. Nicholas gave an insight into the craft of writing for radio, as well as the technical side of the process. Students asked plenty of questions in a Q&A and loved listening to Nicholas’s anecdotes and advice.

The event covered Radio as a dramatic medium, exploring how it differs from other media and where it might be heading, including current trends and opportunities in podcasting. Nicholas also shared employability advice on how to get commissioned, and the multiple skills creative writers hold. Nicolas himself is a copywriter in PR, a blended learning specialist and a lecturer in Creative Writing alongside his professional writing credits, exemplifying the variety of career paths possible for a writer.

The WGGB radio committee ran a number of similar roadshows in universities across the UK last year, which were supported by the BBC as the UK’s main broadcaster of audio drama. Nicholas McInerny said: “For too long radio has been seen as the ‘poor cousin’ of other mediums, but with 180 hours of comedy and 600 hours of original and adapted drama commissioned and produced for radio each year, we believe it offers fantastic opportunities for writers new, old and in between.”

MA Creative Writing lecturer Anthony Cropper commented: “The BBC remit is to inform, educate and entertain. Nicholas did all three for our MA students. He gave an inspiring talk and provided useful insight and tips for the students”.