Zoos and safari parks in the UK are using a special new tool to help them more successfully monitor the wellbeing of elephants in their care, thanks to a study involving Nottingham Trent University. 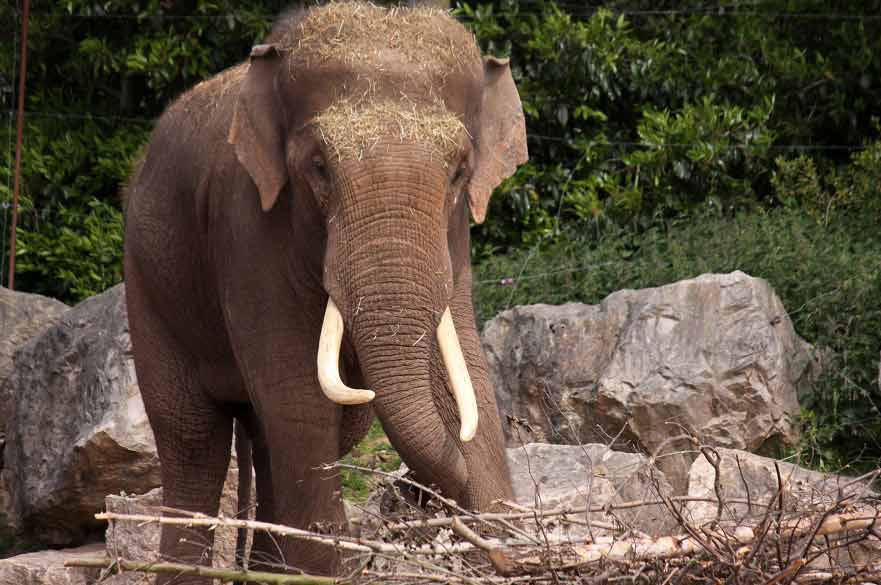 The new welfare assessment tool, the result of research which has been published in the scientific journal PLOS ONE, allows keepers to quickly and easily track the welfare of individual elephants over time based on their demeanour and behaviour.

Regular use by captive elephant facilities is helping them to assess the impact of any changes in animal husbandry and develop facilities which are specifically designed to enhance elephant welfare.

Dr Yon has extensive experience of studying elephant behaviour, both in the wild and captivity and, heads the Behaviour Subgroup of the British and Irish Association of Zoos and Aquarium’s (BIAZA) Elephant Welfare Group.

Dr Yon said: “Our new tool provides, for the first time, a reliable way for people looking after captive elephants to use the elephants’ behaviours to monitor their welfare over time.”

Concern has been raised in recent years about the standard of care for elephants in zoos across North America and Europe and a report to DEFRA by academics at the University of Bristol in 2008 specifically identified some concerns about the welfare of elephants in UK zoos.

A review of this report by the government advisory committee, the Zoos Forum, suggested that evidence of welfare improvements was needed in order for zoos to continue keeping elephants in captivity.

Despite this need, few previous research studies have led to the development of methods to routinely assess the welfare of captive elephants.

The research team began work to develop a questionnaire style assessment tool that would take keepers no more than an hour to complete and without the need for specialist training or facilities.

From this work, they pulled together a list of behaviours which offer an indication of the animal’s welfare, and this was used to develop a prototype tool to measure elephant welfare.

The tool, to be completed by the keepers consisted of:

The prototype tool was tested at five elephant-holding facilities in the UK – including Twycross Zoo, Knowsley Safari Park, Colchester Zoo, Chester Zoo and ZSL Whipsnade Zoo – on a total of 29 elephants, representing almost half (46 per cent) of the total UK captive elephant population at the time.

A finalised Elephant Behavioural Welfare Assessment Tool was developed, based on the results from the testing of the prototype tool; this tool has now been included in the Secretary of State’s Standards of Modern Zoo Practice Guidelines as a routine part of the welfare assessment of captive elephants in UK zoos.

The researchers have suggested that similar methods could also be used to develop assessment tools for a wide range of other species in zoos and aquariums.