What does a secure and fulfilling future look like?

We worked with NTU students and RSA Fellows to find out. 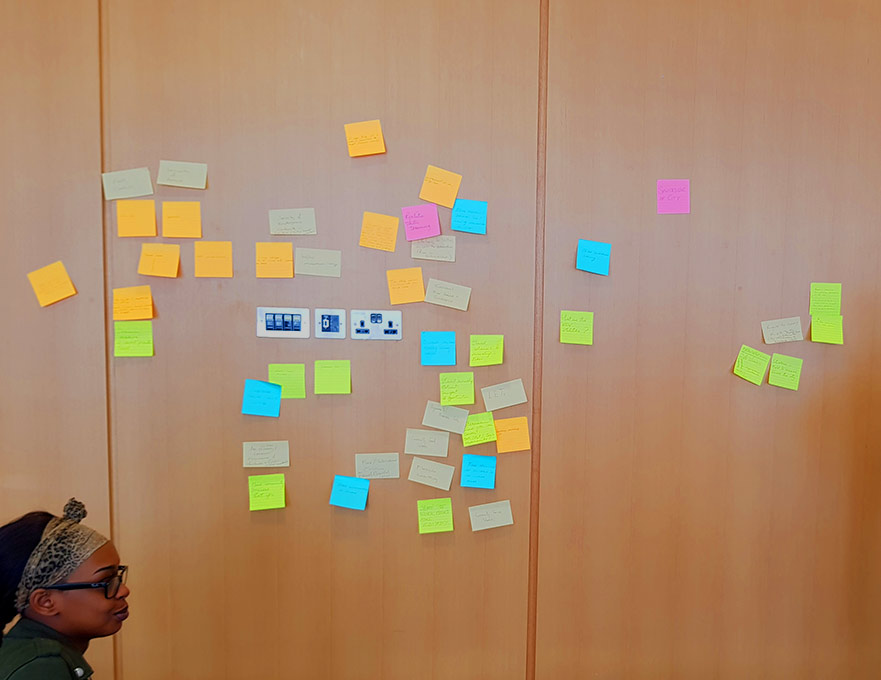 At the end of Friday 22 February, a selection of students, academics and RSA Fellows were casting their votes on the proposals they had helped create over the course of the day. In the end, Room2Belong was selected as the most popular proposal. Students from Social Work and Health developed Room2Belong to explore if they could relieve the stresses associated with rent costs and the lack of social connection in Nottingham. Building on their personal struggles to pay rent they looked to create a  connection service which helped reduce spare accommodation capacity in the city and increase social connection and economic security for students and local residents. In their slick presentation, they shared why this was an important idea for their peers and local residents struggling with the increases in the cost of living. They hoped it could help to break down barriers between students and local residents and provide an alternative accommodation offer to students looking for a different offer. The team also shared how they would test their idea and what they expected the outcomes to be.

This session provided students with an opportunity to share their ideas on a critical social challenge whilst working with external partners. Nottingham Civic Exchange always works to promote the voices of a variety of people when exploring issues that relate to Nottingham. Having launched ‘Addressing Economic Insecurity’ with the RSA last year, we wanted to see how we could take the concept forward using a design challenge approach with our students at NTU. Our design challenge event was a way hearing from students who are affected by economic insecurity whilst hearing their ideas to tackle the issues it creates.

They responded with enthusiasm and creativity. 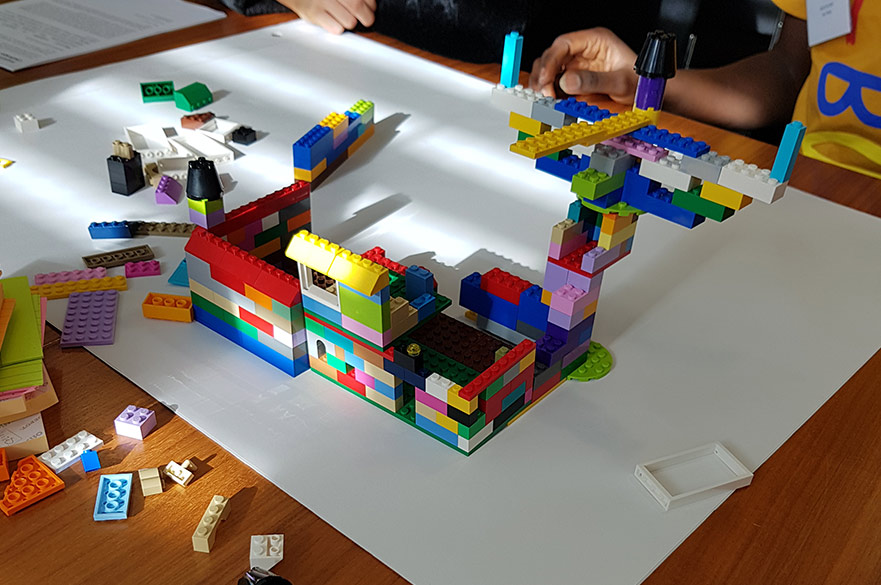 Over the course of a Friday in February, we worked with teams of students from across the University to share their ideas, and helped them to create proposals to tackle aspects of economic insecurity. The event built on their own lived experience and an introduction to the key principles of economic insecurity from the RSA’s Atif Shafique. Students began imagining how they could reduce the harmful effects of economic volatility. To help our teams we brought together a team of NTU academics and RSA Fellows to support the teams as they worked through the session. We would like to thank all these critical friends for their efforts throughout the day alongside a special shout out to one RSA Fellows daughter, who helped inject a sense of fun and energy through the day.

In groups, students explored four themes of place, health and wellbeing, friends and family and learning and careers. They began by mapping out their own ideas before sharing them within their groups. This created a web of ideas, which the teams could discuss. We then set them the task of prioritising their ideas using the target system - this helped teams to identify which ideas had the highest delivery potential and the largest impacts. 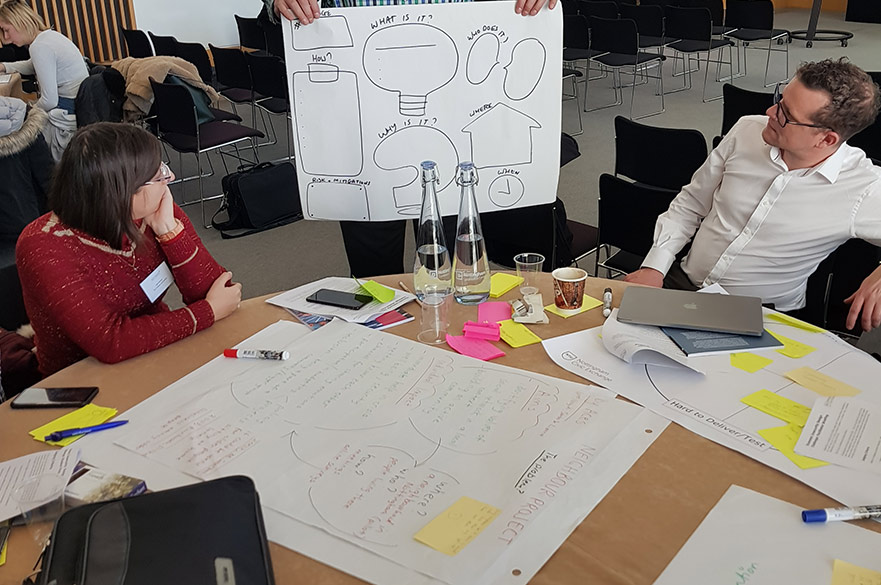 Teams then had to share their ideas with the room. They had six minutes to highlight their idea, explain how it would be delivered and who it would support. Six teams shared their proposals at the end of the day. Once we had heard from each team, we then invited everyone present to vote on the ideas that they felt best matched the criteria. We employed a three dot voting system to ensure that individuals did not feel obliged to only vote for their own idea, helping to spread the choice amongst up to three proposals. Voters could distribute their votes across one, two or three proposals.

Whilst we had one winner on the day there is potential in all of those ideas developed and we will continue to explore how they could be supported. The RSA has committed to working with us to explore how we take these ideas forward. Alongside Room2Belong, the teams shared ideas, which reimagined childminding provision locally. Two projects looked at testing out what communities could do which would build stronger links and support. PL.aces looked to reimagine a community centre, designed for the 21st-century, building on concepts developed at Dudley CoLab.  The Neighbour Project proposal took a bottom-up listening approach to strengthen links and opportunities. In his presentation, Atif highlighted the impact economic insecurity can have on households’ health and wellbeing. Two teams developed ideas that explored the interconnected challenges economic insecurity creates for wellbeing. One team argues that we all need to be given up to four wellbeing days a year, which we can take to ensure we look after our mental health. They suggested we host a local pilot to test the benefit for employees and employers.  The final idea built on the teams concern for the UK's position on global healthy eating and obesity indexes. Their research highlighted that in times of economic volatility food hunger can have a negative impact on people’s health and the ability of young people to concentrate in school.  Their idea began to explore how to tackle this insecurity.

We were impressed by the creativity and energy given by both students and the support teams. In a very short time, they were able to consider the issues, share their ideas and co-produce an idea to take forward. The Director of External Engagement and Strategic Partnerships, Jason Pandya-Wood, has committed to explore how we support Room2Belong and we will endeavour to seek opportunities to share the other ideas when we can through our continuing work on economic insecurity. Thanks to everyone who took part.