Nottingham missing out on employment growth

The number of people in employment in Nottingham has recently fallen below the pre-recession level, latest research from Nottingham Civic Exchange has revealed. 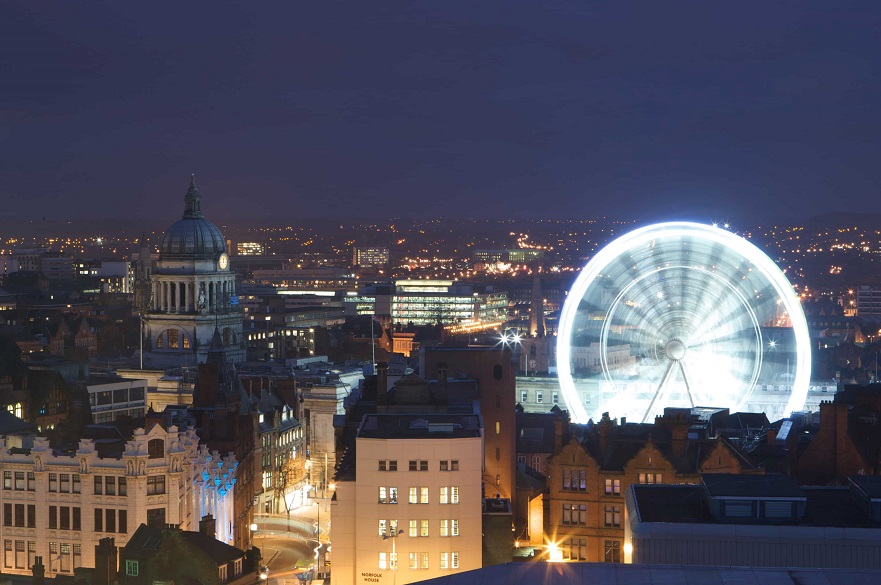 This is despite national figures indicating employment is at a record high and a message from the Chancellor of the Exchequer that “there is now higher employment and lower unemployment in every region and every nation of the United Kingdom.”

The Civic Exchange, a place-based think tank at Nottingham Trent University, has delved beneath the ONS’s national and regional figures to reveal the true picture of Nottingham’s economy as it strives to find what is needed to make it a ‘good work’ city.

The Laying the Foundations of a Good Work City being presented at a breakfast briefing at the University this morning (March 27), highlights five key points for Nottingham:

The report, analysing ONS statistics, also notes there is a corresponding decline in people’s personal wellbeing and happiness. Anxiety in both Nottingham and Nottinghamshire fell and then increased, with Nottingham increasing significantly between 2015/16 and 17/18, corresponding with the recent period in which the city’s labour market appears to have weakened.

And it raises concerns about the figures masking an issue with ‘hidden unemployment’, in particular the number of people who were economically inactive with long-term illnesses. This figure increased from 14,800 in the year Jan-Dec 2007 to 20,800 in Jan – Dec 2017.

The research has, however, shown that there has been progress made in increasing skills levels in the city.

Chris Lawton, an associate of the Civic Exchange and senior lecturer at NTU’s Nottingham Business School, said: “The data presented in this report shows that it is not a simple story of Nottingham residents not being skilled enough for high paid jobs. In fact the good news story is that upskilling has been successful and there now appears to be a match in the skilled workers needed for the jobs available. Nor does it appear that the city is extraordinarily suffering from the post-recession phenomena of ‘gig’ based or otherwise precarious work as investigated by the Taylor Review. However what we are seeing is that, although Nottingham is a relatively large economy, the way that its economic activity is structured is not necessarily conducive either to ‘good work’ or productive, sustainable growth.”

Dr Paula Black, Director of Nottingham Civic Exchange, said: “What we’ve highlighted is how important it is to look below the national and regional data and challenge narratives on work.

“In highlighting Nottingham’s current challenges, which are in some cases quite different from the national picture, we have demonstrated that national metrics may miss or underrepresent pressing local issues. These have largescale implications for how local authorities, Local Economic Partnerships and businesses consider their strategies.”

The Civic Exchange is also working to explore how people experiencing economic insecurity feel, in order to give the fuller picture behind the statistics to help inform policy in the best way possible as the Civic Exchange continues to its efforts to make Nottingham a Good Work city.

Dr Black added: “Helping Nottingham to become recognised as a city which champions Good Work can’t be accomplished by one organisation or approach. Good Work Nottingham requires action from a multitude of stakeholders. We need to create opportunities to listen to and work with local people and businesses to help make a difference and create Nottingham as a place, which cherishes and supports everyone who works and lives here.”

Nottingham missing out on employment growth