The NTU Concert Band are celebrating success after their return from the National Concert Band Festival (NCBF) 2019 with a Silver Award. 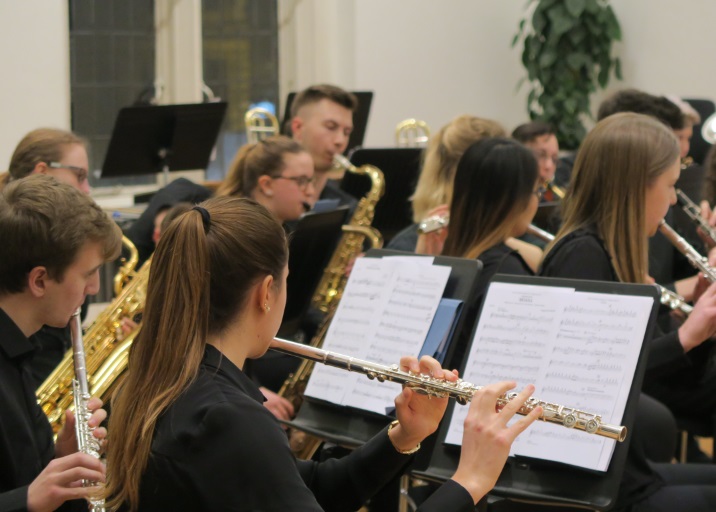 On Sunday 14 April, the band travelled to Manchester’s Royal Northern College of Music to compete in the finals of the competition.

The Concert Band, an extra-curricular ensemble of NTU students, staff and alumni, qualified for the finals after receiving a Gold Award at the East Midlands’ Regional Concert Band Festival heats in December 2018.

Since its launch over 30 years ago, the NCBF has grown to be recognised as the largest, most active, enterprising festival for wind instrument musicians who play in wind bands or big bands throughout the UK.

Tom Dixon, trombonist and Year Two BSc (Hons) Product Design student, said: “It was an amazing experience to have the opportunity to play at the NCBF this year. There were a lot of good ensembles performing, and playing alongside them made me proud to be representing NTU.”

Our Concert Band are set to travel to the Rhineland, Germany in June 2019 for their annual international tour.

Don’t miss the band as they perform as part of NTU Music’s Summer Celebration, taking place at Nottingham’s Albert Hall on Saturday 1 June. They’re appearing alongside the NTU Choir, Big Band and Brass Band in this public concert. Tickets are available to buy online now.