The Academic Registrar’s Council is the national forum for senior University managers responsible for the academic administration of student matters, which includes assessment.

The session covered NTU’s changes to its assessment framework. These changes include a move to grade-based assessment, a change to the way grades are aggregated, and an associated shift in the degree classification algorithm conducted over three stages. 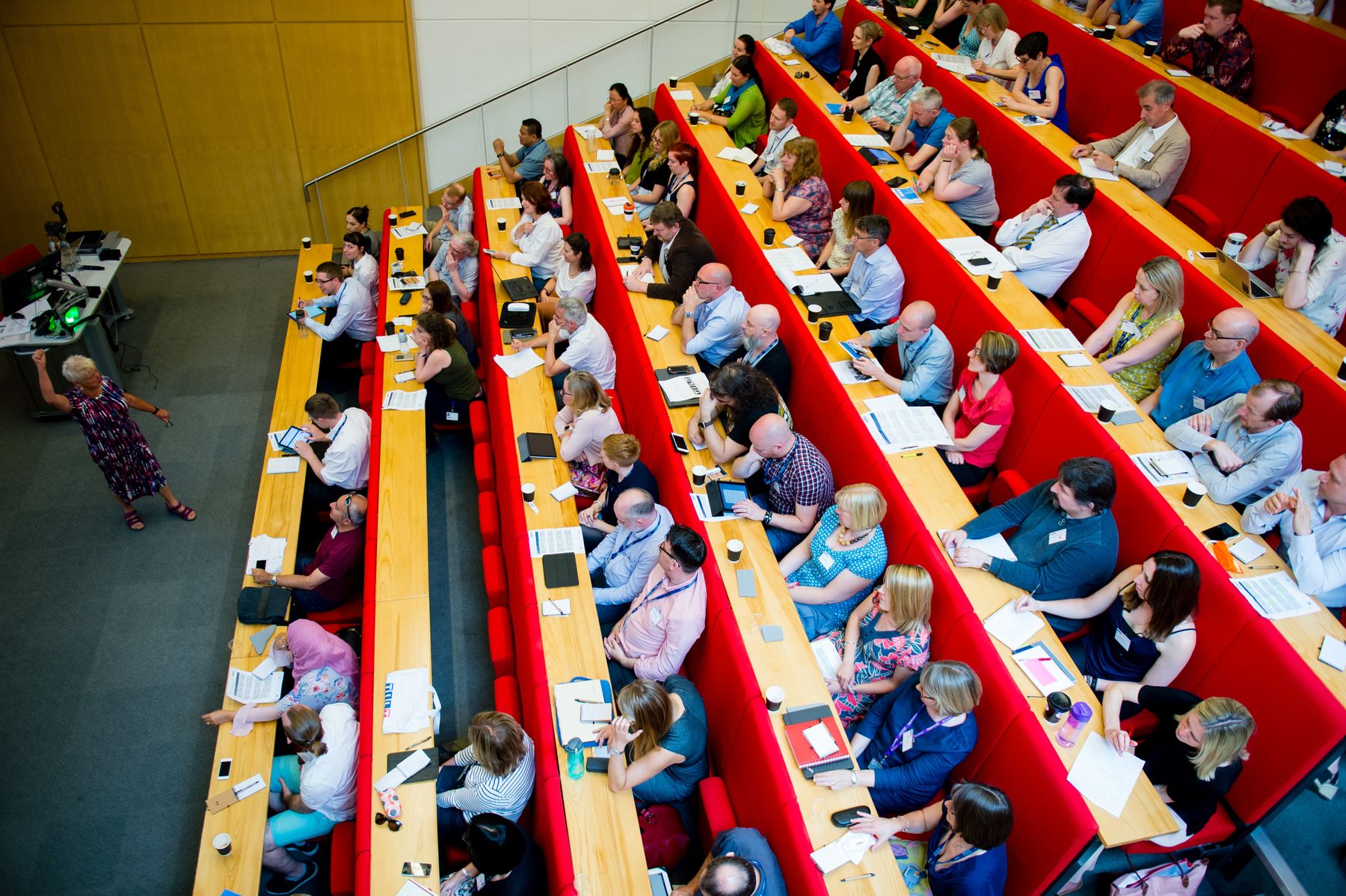 The first stage was a move from a 0-100 scale to 17 (undergraduate)grades alongside marking matrices in 2012; the second was a shift from a non-linear to a linear scale for aggregation of grades in 2017, before finally revising the grade-based classification algorithm with the removal of ‘borderline’ conventions at award boards.

NTU moved away from a non-linear scale as it was systematically unfair as those whose performance improved at the upper end of the scale benefited disproportionately more than those who whose performance improved lower down the scale. There is also no agreed standard across the sector for marks that fall in between the 0 – 40 and 70 – 100 boundaries.

The new revised algorithm bases itself on an agreed set of values, which are transparent and fair by using a ‘majority’ or ‘weighted mean’ route, and the new scale ensures that all students have the same opportunities to gain from improvements in their work.

On the presentation and its response, Susannah Lamb and Philippa O’Connor, NTU’s Heads of Academic Quality, reported that “NTU’s story of how and why it changed its assessment framework generated some genuine excitement and lots of lively discussion.”

Since the implementation of the wholly revised assessment framework in 2018/19, NTU has observed a small fall in the proportion of good degrees, but a more significant fall in 1st class degrees. The innovations that have been made give robust assurance that students’ final outcomes align with their performance and place NTU in a strong position regarding concerns surrounding grade inflation across the sector and how institutions can address this.

CADQ will be hosting a national symposium on 13 May entitled: Protecting the Value of Qualifications: how can we ensure fair outcomes for all students? The symposium will cover CADQ’s assessment work in more detail as well as showcasing a range of innovations at other institutions, designed to ensure fair marking practices and outcomes.

Further details about the symposium will be released soon.