Expert Blog: It’s not all about panic buying with COVID-19 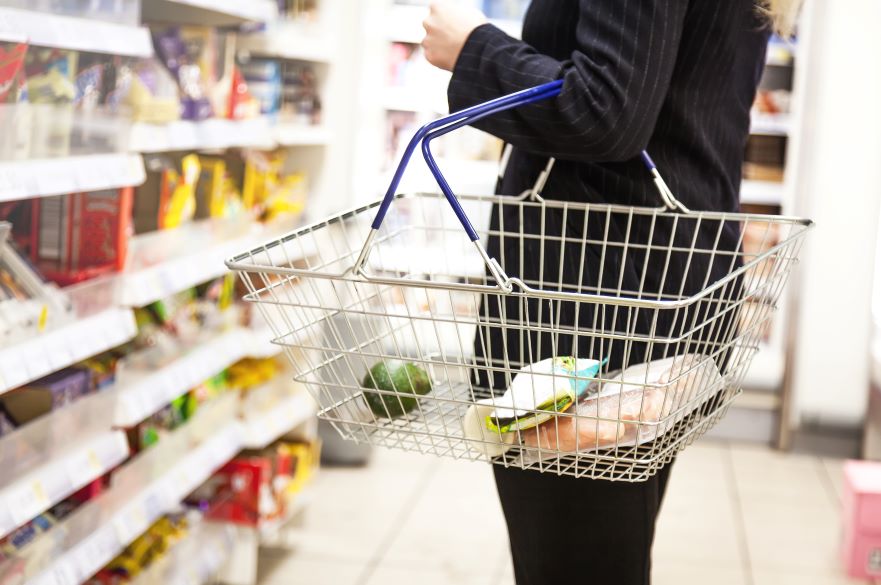 As 21st-century consumers, we are now used to having thousands of grocery products available on our local supermarket shelves 24/7 but then in a matter of days, this has suddenly been in question. However, a closer look at the business models of UK food retailers suggests UK consumers have not gone collectively crazy or selfish, but that many shoppers are in some ways only doing what they’ve been told.

Last week, sales at the big four grocery chains - Tesco, Sainsbury’s, Asda and Morrisons - were about 50% up year-on-year and several tabloid newspapers published sensationalised headlines based on the £1billion extra that has been spent on groceries in the first three weeks of March. Whilst this sounds a lot, in a UK grocery sector worth almost £200 billion annually, it represents only a 10% rise per week. Still an unexpected increase at this time of year, but there are some obvious (and non-panic buying!) reasons behind it.

Everyone has been told to stay at home if they can, which means most of the food that, in normal times, would be bought and consumed outside the home is now being bought in supermarkets and prepared by households. The UK food-on-the-go sector continues to grow, by 3.7% last year and is thought to now be worth £24bn,according to market research firm NPD - whether it’s the Pret sandwiches or the Greggs sausage roll in work locations across the UK. Add to that the millions of school dinners, pub lunches, fast food and restaurant meals, that in normal times are consumed outside the home, and you can see another reason why demand through the grocery channel has suddenly soared. It is perhaps entirely understandable that we are all buying a bit more, and so not just because of ‘panic buying’ or ‘hoarding’ as many would imagine.

Another recent (and relevant) trend in the behaviour of grocery shoppers over the past few years has seen many of them buying their staples and bulky goods - such as cereal, pasta, tinned goods, household cleaning items and toilet paper online and then topping up with more frequent, ‘smaller shops’ in physical stores. It may not be rational but many shoppers no longer tend to do a ‘big shop’ weekly but have instead chosen to top up during the week as they run out, which has also resulted in a dramatic shrinking of ‘basket size’ or ‘spend per visit’.

Supermarkets have quickly adjusted their property portfolios and store format to respond to this change. Much of the growth of food sales in convenience retailer outlets (such as M&S Foodhalls) has been based on providing these consumers with a range of products ‘for tonight’s meal’.

The result is that the number of food shopping trips the average buyer makes a year has increased to 179, according to Nielsen -that’s nearly 3.5 food shopping trips on average every week and so now clearly at odds with the Government's current health advice to stay at home. So many shoppers have been buying more over the past couple of weeks but in many cases that’s because they need more and are planning to leave the house less frequently.

It could also be argued that, in the current crisis, grocery shopping habits over the past few years are partly to blame because consumers are increasingly unable to estimate how much food they would need to buy for a longer period.

UK Supermarkets are amongst the largest and most sophisticated in the world and operate in an extremely competitive environment, with most consumers able to visit a range of retail grocery outlets should they choose, and of course to shop online. This competition has become even more intense since the German discounters – Aldi and Lidl started to really expand their UK presence after the 2008 financial crisis.

All these grocery retailers have sophisticated just-in-time supply chains and replenishment systems and because of the high ‘occupancy costs’ (rents and business rates) most stores - particularly in urban areas now have very limited stockroom space. The supply operations for food supermarkets are now based on predicable and highly modelled seasonal demand patterns, so that even modest unpredictable increases in demand will cause significant shortages on shelf.

These highly calibrated supply chains can replenish thousands of lines daily, but with the recent huge increases in demand for specific types of products, such as toilet rolls, dried pasta and handwash, it can’t keep the supermarket shelves full during the day.

To help address this problem, most of the major grocers are also drastically cutting the product ranges in store - telling their manufacturers to ignore making some products variants to focus on those for which there is greatest demand and so help to make food manufacture as efficient as possible. UK food shoppers have become used to having a huge choice in most food categories, whether it’s different flavours, styles and pack sizes. For example, a search for ‘pot noodles’ on Tesco’s online website brings up a choice of 22 variants! In the short term that sort of choice will certainly be reduced to help get supermarket shelves full again.

Meanwhile, anecdotal evidence suggests that things are already returning to some sort of equilibrium, helped by supermarkets strictly rationing selective products, and so we should expect to see the food availability problem, but perhaps not coronavirus, gradually subside in the coming days and weeks.

Expert Blog: It’s not all about panic buying with COVID-19