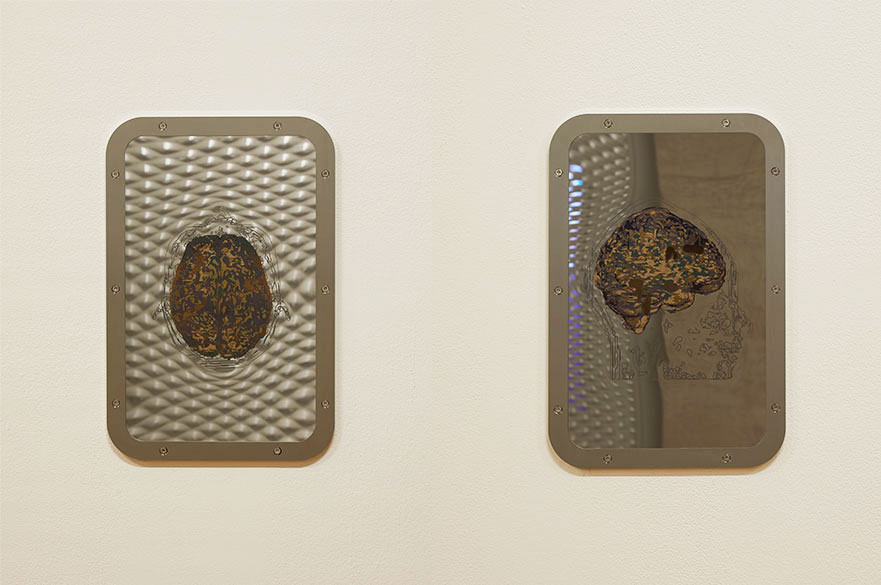 Vietnam-born London-based artist Sung Tieu is interested in the connection between hearing, belief and memory in humans, and has recently been exploring psychological warfare and sound weaponry. Her solo exhibition currently at Nottingham Contemporary presents a new installation, investigating a particular instance of supposed sound weaponry known as Havana syndrome.

First reported in 2016 by US embassy staff posted in Cuba, Havana syndrome manifested in unexplained disorders and brain injuries believed to be caused by a highly targeted high-frequency sound weapon. Whilst this spurred a multitude of theories, the Trump Administration considered this a politically targeted attack. The Cuban government denied the accusations, and there is very little credible scientific evidence behind Havana syndrome.

Broader ideas around the science behind hearing, and potential human manipulation by sound, led to Nottingham Contemporary curator Cedric Fauq approaching Chris, whose expertise and interest in hearing aligned with Sung’s ideas. Chris is an auditory neuroscientist with a background in engineering, and for years has been researching into human hearing and hearing loss, building computer simulations that explain the science and data behind hearing.

Following initial conversations, it became apparent there were a number of things Chris could contribute to the process of Sung realising the installation. He has created an auditory chimera – a hybrid soundscape made by manipulating and incorporating different sounds – which forms one of the five channels of sound present in the installation. With the help of fellow NTU academics - associate professor Rob Morris and senior lecturer Fred Vanheusden - Sung spent a day at NTU's Clifton Campus, exploring her interest in how the brain responds to different sounds. Using the MRI scanner and electroencephalography (EEG) they took  scans of her brain structure, and functional measurements of the brain activity while playing her a facsimile of the same sounds supposedly causing the Havana syndrome. This resulted in Chris, Rob and Fred producing sound files, brain waves and images of the brain for Sung. The images are laser-etched onto stainless steel mirrors that hang on one of the gallery walls as part of the installation (see image above), whilst the sounds formed part of the aural experience of the exhibition. 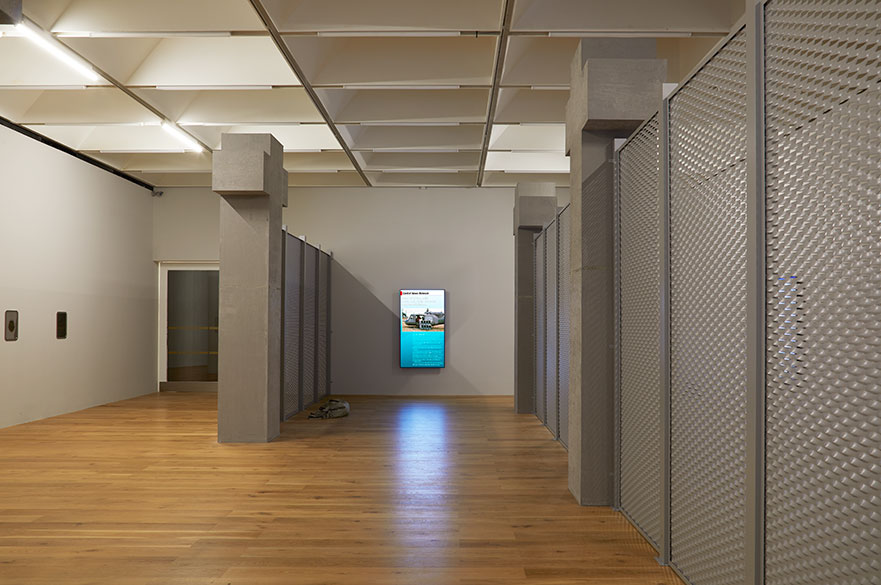 On the collaboration, Chris told us: “Scientists and artists approach things from very different viewpoints, but working together means it is possible to do things we wouldn’t necessarily be able to do alone. Scientists and artists can share things in ways that are sometimes quite complicated, but ultimately mutually beneficial.”

“Despite the science behind Havana syndrome being awful, my view is that by being scientists working with Sung, we have been able to shape the narrative slightly, and most importantly, provided some of the tools for her to make the art. These ideas ultimately highlight all the things we don’t know about hearing, and why research into hearing loss is so important - those poor scientific studies wouldn’t be there if we knew everything about how the brain changes and responds to sounds.”

He added: “This exhibition is a different kind of public engagement. I’ve attended a lot of science fairs and demonstrations before to talk to people, but that’s a very specific audience, so this feels like I am taking my research to a different audience - it’s very worthwhile. It’s another way of getting people to think about things they wouldn’t otherwise think about: science and the senses, our hearing and what that means as we get older.”

In Cold Print is open and free to attend at Nottingham Contemporary until Sunday 3 May.

Find out more about hearing research at NTU.

Find out more about the research of Chris Sumner, Rob Morris and Fred Vanheusden.