'Brackenhurst grown' Sphagnum mosses to be introduced in Spain

Sphagnum moss grown at NTU's Brackenhurst Campus will be introduced to blanket bogs in Northern Spain as further funding is secured. 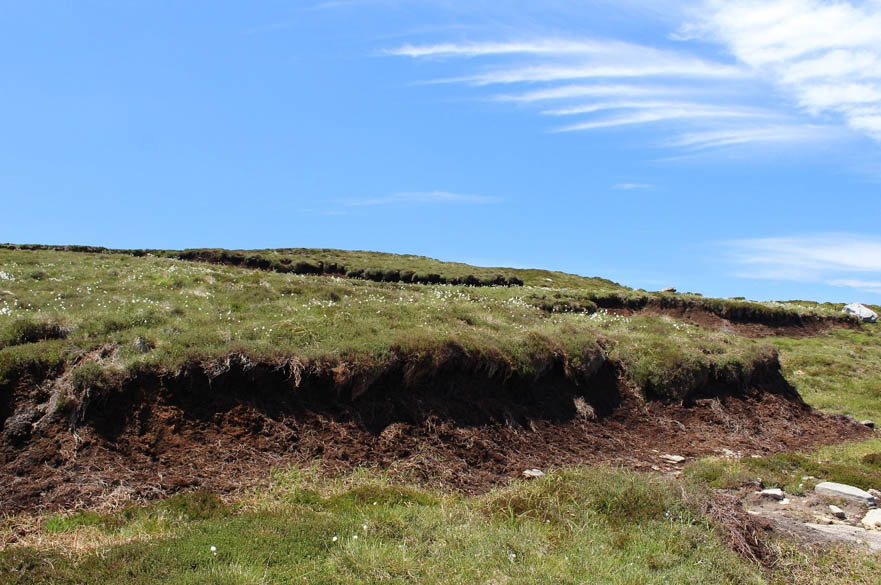 Researchers at the School of Animal, Rural and Environmental Sciences have secured further funding to help restore blanket bogs in the Basque Country (Northern Spain). The NTU team, in collaboration with the Government of Bizkaia and the HAZI Foundation, have grown different species of Sphagnum mosses at Brackenhurst to identify the most suitable species to aid restoration of these environmentally valuable ecosystems.

Peatlands, and in particular blanket bogs, are important carbon stores worldwide and potential carbon sinks when healthy, however, the majority of blanket bogs are degraded, acting as a source of carbon and contributing to Climate Change. Restoring peatlands could be a way to reverse this situation, and one of the key actions could be to reintroduce peat-forming Sphagnum mosses.

NTU Lecturer in Environmental Sciences and Geographical Information Systems, Guaduneth Chico, specialises in protecting peatlands and blanket bog environments. Regarding the project, he said “this work is a key step in the restoration of an internationally important and threatened habitat not only in Spanish blanket bogs, but also across the United Kingdom or any country where peatlands are degraded.” He also added, “We would like to thank the Spanish government for this opportunity to help their restorative actions and for their support to our research over the last 4 years”.

Further to this work, Guaduneth has been conducting research in a multitude of related areas, including using Laser Terrestrial Scanner to measure and understand erosion rates of blanket bogs and estimate the amount of carbon they store.

In the upcoming months, it is hoped HAZI will start to do their own Sphagnum crops based on the protocols and results obtained at Brackenhurst, as well as the development of an ‘on-site’ monitoring experiment in Zalama blanket bog to greater understand the growth of Sphagnum mosses in peatland environments.

'Brackenhurst grown' Sphagnum mosses to be introduced in Spain