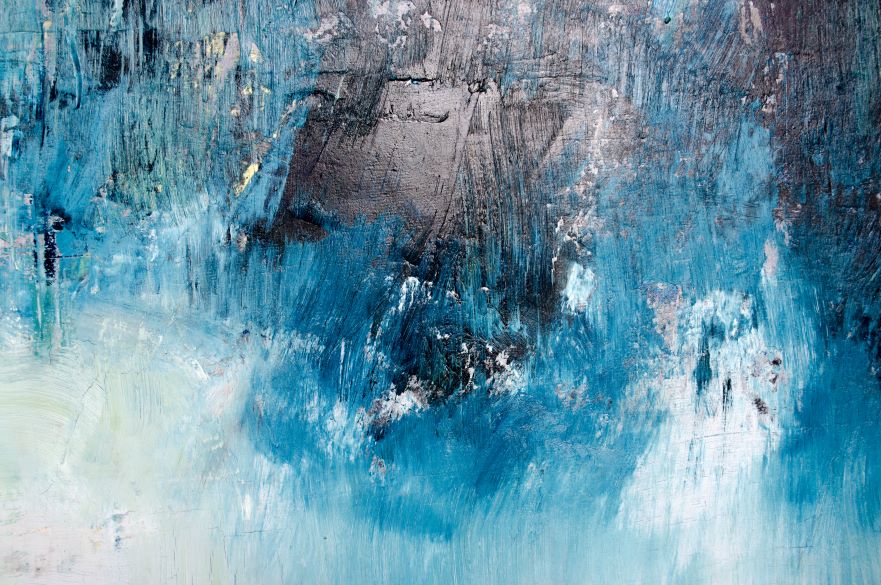 Pentimento is the process whereby the ghosts of earlier paintings are exposed through layers of paint that have covered them. The killing of George Floyd exposes layer upon layer of historical injustice, the long African American freedom struggle, the long civil rights movement, activism for basic, equal, human rights - history that touches the lives of us all.

"It’s not simply a matter of things happening again and again. That is not the burden of our personal and collective history. It’s that these things never stop… ‘Again’ dilutes the horror, the truth of the workings of the paradigm of race. ‘Again’ suggests something happened once, stopped, disappeared, and then reappears. Which implies absence, downtime …."

There is no downtime. The movement for Black Lives is ancient, urgent, global. Wideman’s words resonate loudly as the activist credo rises in volume. Momentum for racial change, accountability for police brutality, and demands that systemic inequalities be addressed, will not stop. The fact that police brutality has not ceased when we are all supposed to be protecting one another cannot be covered over. Derek Chauvin's tortuous restraint of George Floyd in the middle of a global pandemic that is taking the lives of citizens labeled “Black, Asian, and Minority Ethnic” in disproportionate numbers to those who are white, cannot be spun as anything other than endemic racism made glaringly visible by Iphone.

In the 1950s and 1960s, the gains that civil rights organisations made translated into federal legislation for civil and voting rights.

In the 1980s, as legislation was being dismantled, each episode of Eyes on the Prize (1987) secured some 20 million viewers who were alerted by their testimonies to the activist agency of unsung individuals who battled for the vote, for education, civic and political representation at the grassroots— and against police brutality.

In the 1990s, as “the movement” was contrived in popular cinema as a reconciliatory story in a montage of moral flashpoints, activists addressed amnesia discourses being peddled as if the movement for Black Lives could be consigned to the past.

Truth commissions were convened to address past massacres and the razing of black towns and business districts. More hidden histories were exposed. In 2005 when Hurricane Katrina exposed deleterious neglect of American citizens, graffito in New Orleans vowed: “Next Time We Vote for Someone Who Cares.” Barack Obama’s attempt to redress had to penetrate so many layers.

The National Museum of African American History and Culture, the end of a decades-long fight for recognition, stands south of the White House now but the new Black Lives Matter mural in urgent yellow in Black Lives Plaza is right in front of the White House, only steps away. When 80-year-old Congressman John Lewis called it a powerful work of art, its architect, mayor Muriel Bowser, responded: “We've walked this path before, and will continue marching on, hand in hand, elevating our voices, until justice and peace prevail.” In American Sonnets for My Past and Future Assassin (2018), cogitating on lives lost along the way, Terrance Hayes, avers quietly, “Still, I speak for the dead. You will never assassinate my ghosts.” BAME lives matter. Now. Not just now and again.

The movement’s detractors know this. Their discourse is hollow. Attempts to turn the dead into criminals, demonstrators into “looters,” and activist into an epithet, sound tired, worn-out. Donald Trump attempted to reach a new low when declaring that the US economy is turning a corner and, “hopefully George is looking down right now and saying this is a great thing that's happening for our country… a great day for him… a great day for everybody . . . a great, great day in terms of equality.” As he extemporized, Black Lives were being treated as equally expendable: Ahmaud Arbery in Brunswick, Georgia on 23 February ; Breonna Taylor in Louisville, Kentucky on 13 March; João Pedro Matos Pinto in Rio de Janeiro on 18 May; George Floyd in Minneapolis, Minnesota on 25 May.

Trump could not twist Mr Floyd to fit his own ends. Nor could Boris Johnson turn demonstrators into outside agitators when tweeting that Black Lives Matter protestors betray “the cause they purport to serve” when “subverted by thuggery.” The momentum is not stopping. It is as urgent in the UK where structural racism is being exposed. Pentimento.

With reference to John Edgar Wideman, Fatheralong: A Meditation on Fathers and Sons, Race and Society (1994; London: Picador, 1995), 107.

Sharon Monteith is Distinguished Professor of American Literature and Cultural History at Nottingham Trent University. Her book SNCC’s Stories: The African American Freedom Movement in the Civil Rights South is forthcoming with University of Georgia Press. She is writing a literary history of the U.S. civil rights movement.