Expert Blog: The Killing of George Floyd: A Powerful Lesson for Change? 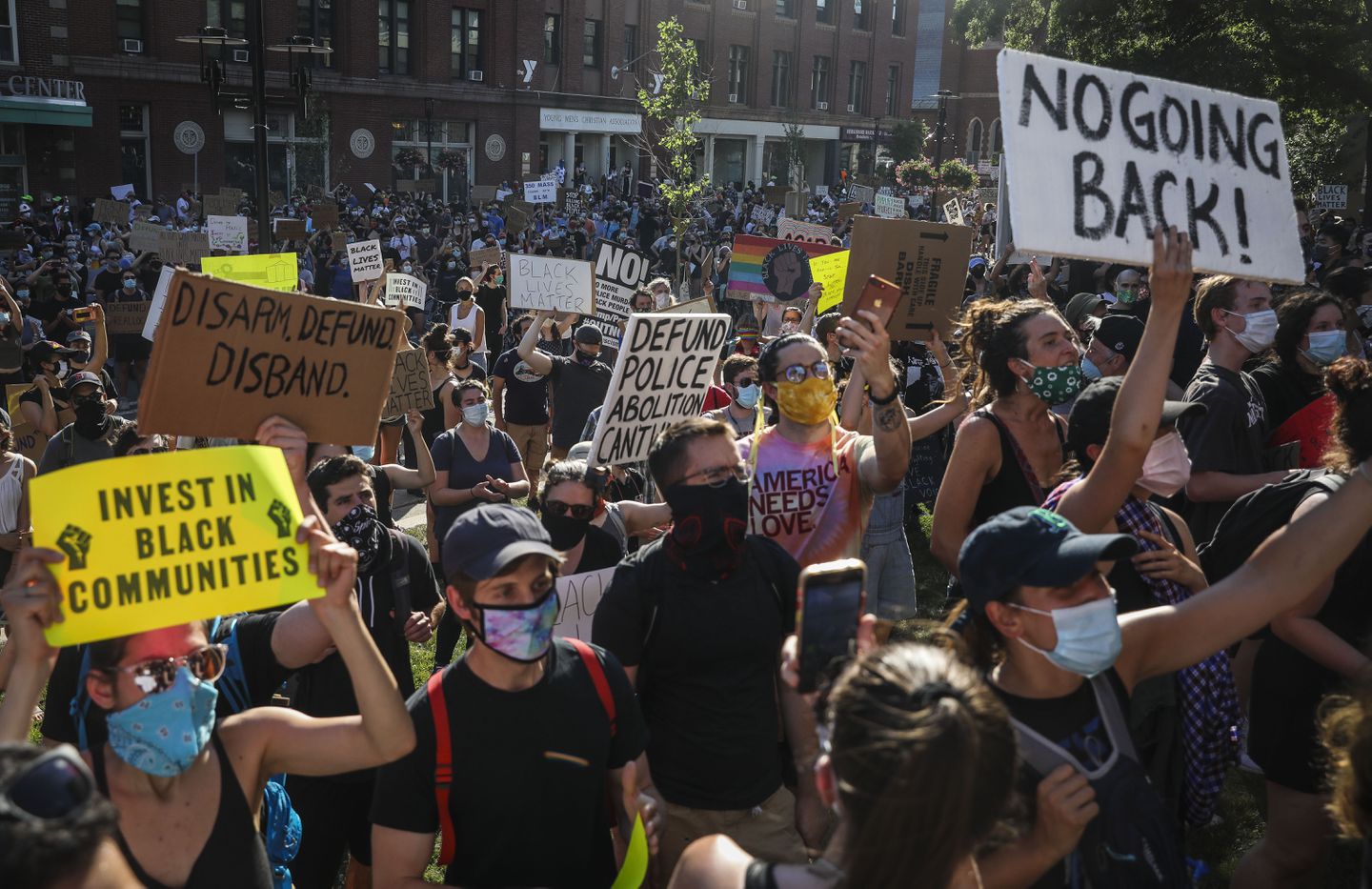 So, why do I feel so angry about the killing of George Floyd, a Black man, suffocated to death under the knee of a white American police officer? After all, I didn’t know him. I don’t know his family and may never meet them. But the anger still wells up inside me. Why? Because it is personal. The killing of Black men and women is perpetual, and is distressing. George Floyd was treated like an animal. He died inhumanely under the knee of a United States police officer. His crime? Being Black. I too have a lifelong conviction under the same crime, as do roughly three million of us here in the UK, according to the 2011 census. So when Patrisse Khan-Cullors, Alicia Garza and Opal Tometi declared ‘Black Lives Matter’ in 2013, the proclamation resounded around the States and then travelled across the Atlantic to the UK.

However, here in the UK, there was bewilderment and disregard for the movement. Newspaper journalists criticised the movement’s objectives and in particular its female co-leader. I have no doubt that their short-sightedness contributed to undermining the confidence and the success of the fledgling UK Chapters, and successfully played their part in silencing that prominent female voice. Job done!  After all, we in the UK had nothing really to complain about, did we? Well tell that to Marcia Rigg whose brother Sean, diagnosed with schizophrenia, died after being restrained by a British police officer; and Marcia’s family is not alone. United Family and Friends was set up in 1997 as a network for Black families who had lost family members to death in police, prison and psychiatric settings. Today, families from all cultural backgrounds hold an annual march, and the controversy remains unchanged.

To confine the issue to the United States is to, once again, ignore the racist encounters that Black people experience every day here in the UK. When the audience member of Question Time in January asked; “…can you see me? Can you hear me?” Her rhetoric was powerful. Her articulation summarised the auditory and visual deficiency that UK society and politicians are inflicted with when it comes to understanding, acknowledging and addressing the UK non-white lived experience. I’m not convinced her question was enough to prompt national inquiry into the plight of Black people and Black women in particular, but it was certainly powerful enough to get me and my friends reflecting on her contribution.

Sadly we are used to being ignored; whilst some stories gain media attention for the shear blatancy of the injustice for example the killing of Stephen Lawrence, the Grenfell Tower tragedy and The Windrush Scandal; the statistics defining such racial inequality, and the accompanying social experts are soon forgotten once the screams for social parity turn into angry protests. The looting and destruction during the 2011 uprising was - in my opinion - wrong, but the protests cannot be explained and understood in the absence of discriminatory social practices that are inherently designed to prejudice a group of people. If the education system is failing us, how are we expected to secure well-paid jobs and subsequently own our homes? If we are only employed in low paid jobs how can we then afford to live in affluent leafy suburbs, should we wish to? Why then are the statistics that then tell of the social imbalance forgotten once we take to the streets in protest? It seems that it is difficult for many to understand and appreciate the reason for our dissent, when their privilege has meant they have never had to endure our pain. It may not seem like privilege but when, as with Amy Cooper, one takes for granted an ability to hold the life of another in your hands by the simple act of making a phone call (and we all know how that could have played out) such action cannot be perceived in any other way than white privilege.

To be born, to live, to work and to die in a country that does not value our contribution and chooses to provide ‘alternative explanations’ to historical events we played a part in, goes some way to demonstrate the level of disdain that this country holds towards us. To live in a country where our very existence has no value and where our children have to be ‘prepared’ for the harsh reality of racial discrimination and its destructive, debilitating qualities is injurious. We experience this every day, every month and every year of our Black lives.

And so back to George Floyd, an unarmed Black man, hand cuffed and helpless. The outcry to his killing was palpable. The impassioned cries of ‘Black Lives Matter’ by white people resounded across over five hundred cities in America. Mass marches filled the streets emptied by Covid-19. Outraged white protesters marched alongside their downtrodden Black compatriots. We witnessed unity as Black and white galvanised, rebelling against the force of the United States Police; they stood together as tear gas was being hurled at them, and they remained together as police cars drove into them. They were in it together!

But what about when the protests are over, the anger has subsided and the world returns to its new normal? What then? Racism doesn’t halt, it is ideologically inherent in a capitalist system. Racism is not tangible, it does not lay itself bare for critique. It is a willing and insidious act by white people to undermine the achievement of Black people; and white people have a role to play in its eradication. Never before have I witnessed such a visible display of incense by white people towards Black injustice. This observation, initially strikingly absent from media outlets, is now coming into view. Yet George Floyd’s killing is a pivotal point where the inconsequential act of taking a Black life has clearly moved beyond a Black issue into a societal one.

It appears little can now be done to undo the rage white people are experiencing around this issue. Their vision, now restored, must not and cannot be encouraged to blur back into a comfortable, partial blindness to the injustices we live every day.

The magnitude of the reaction to George Floyd’s killing could not be made more evident than when Ian Blackford from the Scottish National Party endeared the Prime Minister to say ‘Black Lives Matter’ during Prime Ministers Question Time. Now no longer a slogan but rather a political reference to the economic and personal violation Black people experience. Whether it was meant genuinely or not, as the three words reverberated around the House of Commons, Boris Johnson validated a political movement that is no longer exclusively Black in its make-up. Black and white together are demanding ideological change and are dismantling the social order. So I ask again, what happens when the dust settles and the flames are put out? Might the unity that has been born from this prove fatal to a social order that sustains control by dividing and conquering us? Perhaps I am being too optimistic. However, as unexpected as the arrival of the Covid-19 pandemic, I hope that the uniting of Black and white people around this egregious killing will survive any mighty force that attempts to uncouple it. Nelson Mandela said that education is the most powerful weapon you can use to change the world. Without doubt a lesson has been learned as witnessed on our streets and as united voices declare ‘Black Lives Matter!’

Patricia Francis is a Postgraduate Researcher in Nottingham Trent University's School of Arts and Humanities.

Expert Blog: The Killing of George Floyd: A Powerful Lesson for Change?