Student’s device to support those who have dementia

A student has designed a device which supports people in the early to mid-stages of the disease so they can be more independent. 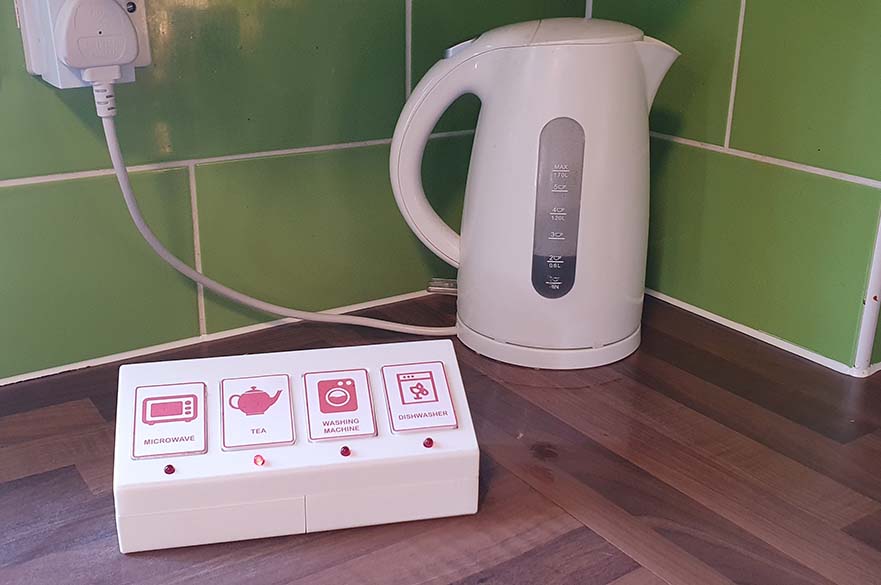 Elliot Heffernan, 22, created Activity Aid to support people like his grandmother who have dementia and experience difficulties in remembering the order in which to carry out day to day tasks.

The device allows a loved one to record vocal instructions on how to make a cup of tea, for instance, which enables people with the condition to follow the instructions step by step and be more self-sufficient.

“An issue that people in the early to mid-stages of dementia encounter is they struggle to remember the sequential order of even simple tasks, such as making a cup of tea,” said Elliot, from Chuckery in Walsall, who’s studying BSc Product Design at Nottingham Trent University (NTU).

“This is an issue that I have seen personally with a family member so had a good idea of the struggles that people with dementia go through.

“Dementia can completely change people’s lives and leave them feeling very frustrated, so I wanted to do something which would help others in a similar situation.

“I've shown my prototype to my grandad and he said that it would have been useful when my grandma was in the early stages of dementia, as she was still trying to complete tasks but couldn't quite remember how to do them.

“It would have helped her maintain a better degree of independence, something which is really important to all of us.”

Elliot arrived at the idea for Activity Aid after carrying out interviews with carers and a professional who is researching dementia.

His design enables the user to only have to press the button of the task they need assistance with before a voice guides them through it step by step.

This voice can be recorded by a carer or family member so it is more personal and reassuring.

An LED lights up in front of the task button to remind the user which one they are performing.

The device is also situational, and more than one can be placed in the home, with one in the kitchen with another one in the bedroom, for example.

The virtual show – named NTU Design Industries - encompasses a range of final year designs, products and furniture, by graduating students in the university’s School of Architecture, Design and the Built Environment.

Dr Matthew Watkins, senior lecturer in BSc Product Design, said: “Elliot has taken his personal experience to design something which could help thousands of people around the world who have dementia.

“Consulting with professionals and carers to gain a full understanding the user experience, to deliver a simple product that can extend independence.”

Student’s device to support those who have dementia