Rachel Stubbington, Associate Professor in Ecology and Environmental Sciences in our School of Science and Technology, has been elected as a Fellow of the Freshwater Biological Association (FBA). 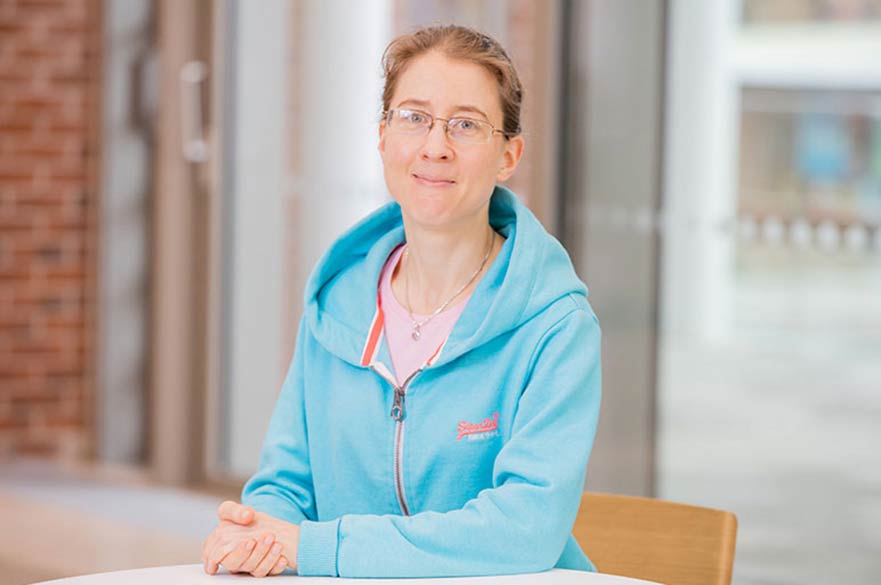 Rachel Stubbington, Associate Professor in Ecology and Environmental Sciences in our School of Science and Technology (SST), has been elected as a Fellow of the Freshwater Biological Association (FBA).

Fellows are elected as a lifetime honour in recognition of their scientific excellence in freshwater ecology and contribution to the understanding and management of freshwater ecosystems. Specifically, Rachel’s nomination reflects her work to encourage and steer research in temporary river ecology.

Rachel is an international research leader in freshwater ecology, with expertise in ecological community responses to drought and drying in perennial and temporary river ecosystems. She leads the Health of the Environment Research Theme in SST and also its Dynamic Streams Research Group, which seeks to better understand temporary river communities. As temporary streams increase due to global change, Rachel collaborates closely with river managers to ensure her research informs the development of tools that support effective biomonitoring in wet and dry temporary streams.

In her role as Associate Professor, Rachel has extensive experience of undergraduate to postgraduate-level teaching in freshwater ecology, involving students and graduates in real-world research. Rachel’s commitment to supporting early career freshwater ecologists is also evidenced by her contribution to international training events funded by EU COST and by the British Council.

Upon receiving the fellowship, Rachel told us: “I am thrilled to have been elected as a Fellow of the FBA. They are an organisation for which I’ve always had great respect, due to their immense support of UK and other freshwater scientists. As a new Fellow, I am looking forward to working alongside other leading scientists from across academia and industry to achieve the FBA’s charitable objectives – particularly to promote understanding and protection of biodiversity within functional freshwater ecosystems.”

She added: “Across the UK and beyond, all of our freshwaters are responding to global change - from headwater streams to our biggest rivers, and from tiny ponds to expansive lakes. In this context, the FBA has an increasingly important role to play in informing national and international efforts to promote the sustainable management of healthy freshwater ecosystems. I am excited to have an opportunity to contribute to these efforts.”

Find out more about Rachel’s research and teaching expertise.