Dr. Colin Alexander examines the use of propaganda in the government's coronavirus communications 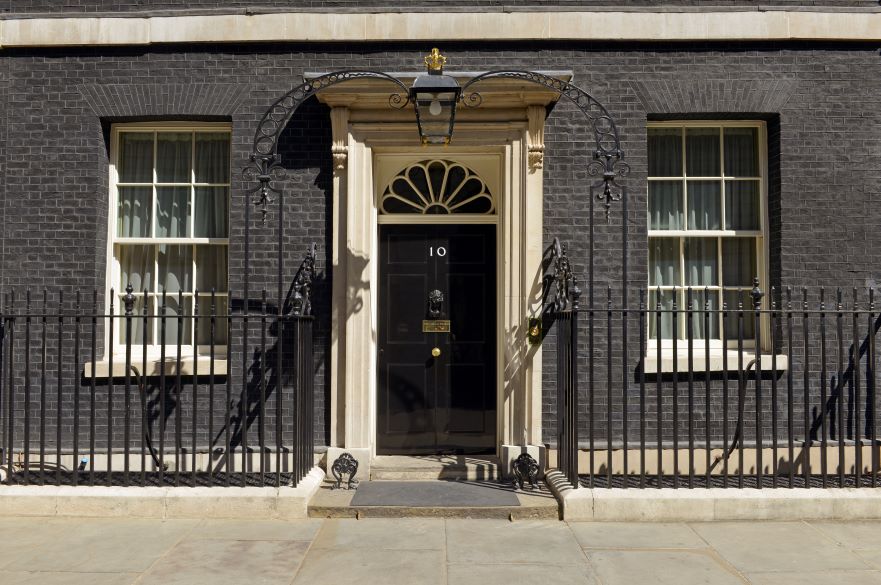 The public information briefings that occurred at about 5 pm each day from Downing Street during the first lockdown in spring and summer of 2020 were episodes in propaganda straight out of the wartime playbook. Rather than being ‘public information’ events as they were so described, they were in fact filled with ‘strategic communications’ intent on manipulating the public to the ends of the powerful. They were carefully staged, choreographed and scripted by spin doctors and other political communications professionals working for a government that is addicted to propaganda and cannot fathom engagement in public communications through any other prism.

Furthermore, the UK government’s approach to Coronavirus briefings in the first half of 2020 may harm the long-term trust of the public in governance and the various organs of state that are entwined with the crisis. Public Health England, for example. Indeed, Chris Witty, Patrick Valance, Jenny Harries et al – by standing next to the cabinet minister of the day – may end up tainted as manipulators-in-chief themselves through their (and the organisations that they represent) implicit endorsement of the government’s approach to public communications.

In propaganda studies we differentiate between ‘public information’ and ‘strategic communications’. Both are forms of propaganda: mass communications intended to persuade a target audience of whatever is the source’s objective. However, public information focuses on truth-telling, the broadcast of facts (albeit selective facts), without spin and without a desire to create overly emotional responses among the audience. There isn’t any violin or piano music in the background and it keeps poetic or rousing language to a minimum. It gives the audience information clearly and concisely. It refrains from slogans and jingoism and maybe even take a warts ‘n’ all approach to its selection of information. It respects the audience and asks that they do what is in theirs and the wider public’s best interest to do.

Strategic communications, on the other hand, is the form of propaganda that people are most familiar with and most afraid of. Here, there tends to be greater urgency and anxiety that a target audience be appropriately railroaded towards the source’s determined end. Strategic communications tend to involve more provocative language than public information approaches. It encourages the audience to make decisions based on emotive rather than rational thoughts. It will align with ready-held cultural symbols (flags, patriotism, the Royal Family, positive moments within collective memory - war victories, for example) in order to achieve its aims. It may use misinformation or disinformation techniques but not always. This is the type of propaganda that people worry about for it involves psychological manipulation, the so-called ‘dark arts’ and possibly even the defilement of the human soul into engaging in barbaric activities that are the culmination of skewed logic and are certainly against better or even more humane interests.

The best propaganda is the propaganda that the audience doesn’t realise is propaganda. Once an audience realises that they are the target of a propaganda strategy the message being delivered tends to lose its potency. Some audience members, incandescent at the disrespect of the propagandist who takes them for a fool, become resistant or even hostile and deliberately engage in ulterior action (although there are examples of ‘double play’ within deception strategies). As such, a sophisticated communications strategist will attempt to keep the fundamentals of their plan beneath the consciousness of the audience.

Boris Johnson is an average propagandist and his cabinet ministers are much the same. This is because he and his government have become renowned for their truth-twisting ways and because Johnson himself is often impatient to see a quick result (propaganda is a long-term game). He lets his ego get in the way of the delivery of a more humble approach that actually values the audience and its ability to make logical and sensible decisions. In short, he tries to force the issue, which results in many of his audience being readily aware that he’s trying to manipulate them.

During this November lockdown we have seen much the same approach as in the first half of 2020. On top of this, the government have been anxious not to be portrayed as the Grinches who stole Christmas. But this question of Christmas and family time has also served as a diversionary tactic to avoid the requirement to address more fundamental questions about why this pandemic occurred in the first place and what it tells us about, for example, our relationship with the animal kingdom, whether the crisis could have been handled better and what is going to happen two or three years down the line.

To this end, here are ten war propaganda techniques to look out for as the November ‘shows’ continue:

Dr. Colin Alexander is Senior Lecturer in Political Communications within the Communication and Society subject team at the School of Arts and Humanities.