Despite being dead for over 100 years, the steel tycoon and one of the richest men in the world during his day, Andrew Carnegie (1835 – 1919) remains a pivotal figure for wealthy philanthropists seeking to ‘do good’ with their fortunes. Colin Alexander, Senior Lecturer in Political Communications at Nottingham Trent University comments on Andrew Carnegie and philanthropy. 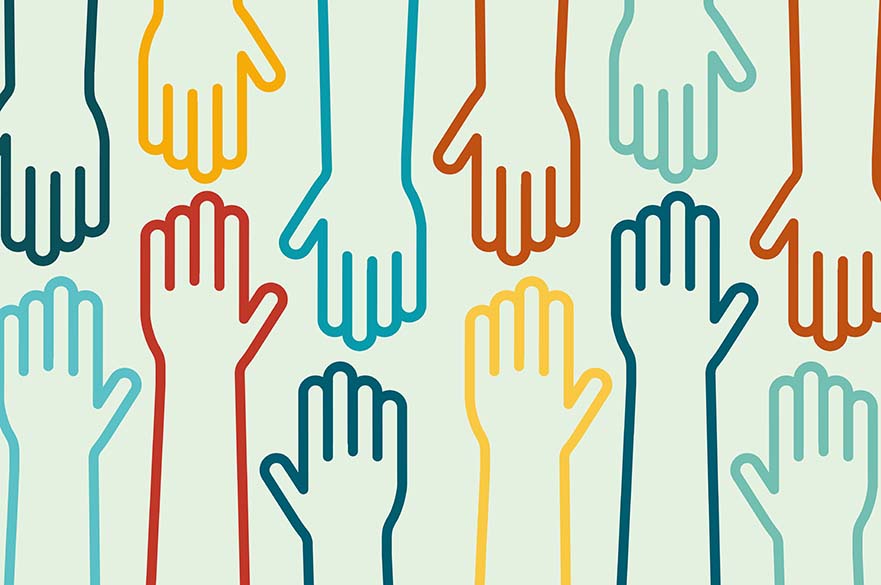 Carnegie, and his seminal work The Gospel of Wealth (first published in 1889), have been referenced by the likes of Scottish billionaire Tom Hunter as a key source of inspiration for his charitable endeavours. While similarities with the Carnegie approach can been seen in the activities of Bill Gates, Chuck Feeney and other powerful individuals both here in the UK and in North America.

Much praise continues to come Carnegie’s way and he is lauded as the standard bearer by a wealthy elite concerned with leaving behind a positive legacy. Indeed, in December 2019 former UK Prime Minister Gordon Brown presented a documentary for BBC Radio 4 in which he heroised Carnegie and asked the rather uncritical question of whether today’s billionaires were living up to his legacy. This is instead of the more scrutinising question of whether his legacy ought to be replicated at all.

To this end, the contemporary public attention to Carnegie almost entirely misunderstands him, his strategy, his intentions and the broader issue of how to do charity well in a complex industrial or post-industrial society. As such, this short essay aims to discuss the Carnegie legacy more critically and it is hoped that the reader takes new insight and perspective from what follows.

Carnegie was born in Dunfermline, Scotland, in 1835 and emigrated to the United States with his parents and his younger brother Thomas (1843 – 1886) when he was 12. The family settled in Pennsylvania where Carnegie began his career whilst still a teenager, working his way up first through the railroad industry and then moving into steel manufacturing.

The oft-quoted sentence from The Gospel of Wealth that has formed the backbone of the modern endorsement given to him is that, “the man who dies thus rich dies disgraced.” Herein, Carnegie argued that rather than it being his wealth, so to speak, he was a “mere trustee” of the funds, which he is, “strictly bound as a matter of duty to administer in the manner which, in his judgement, is best calculated to produce the most beneficial results for the community […].”

Carnegie thus devoted the latter part of his life to giving away about 90% of his fortune. He established educational facilities and laboratories, built grand buildings for public use and set up a trust that still operates today, all under the Carnegie name. Most of these Carnegie branded edifices remain functioning seats of learning and culture in cities and towns across North America, Western Europe and beyond. All of these projects were delivered under the argument that one should only help those who can demonstrate that they want to better themselves. Those who show no ambition of this should be left to the morsels of state provision.

However, it is the phrase “in his judgement” within the quotations above where we see the first indicator that warrants further scrutiny. Here, as elsewhere in The Gospel of Wealth, Carnegie is indicating that he sees himself as having bought the right to decide how this wealth be used. The justification of his decision-making power being that he has, “superior wisdom, experience, and ability to administer, doing for them better than they would or could do for themselves.” This is a common trait among those of great wealth who feel that they have accrued the power to decide for themselves where their money goes, rather than paying it to the state in regular taxation. Hence we see wealthy individuals engaging in tax avoidance schemes whilst trying to manufacture a positive public image through charitable endeavours.

Carnegie was adverse to giving the poor agency over their own lives and claimed that if he as a business owner were to give them higher wages, it would be, “wasted in the indulgence of appetite, some of it in excess, and it may be doubted whether even the part put to best use, that of adding to the comforts of the home, would have yielded results […].

He continued that, “[i]t were better for mankind that the millions of the rich were thrown into the sea than so spent as to encourage the slothful, the drunken, the unworthy. Of every thousand dollars spent in so-called charity today, it is probable that nine hundred and fifty dollars is unwisely spent – so spent, indeed, as to produce the very evils which it hopes to mitigate or cure”

Carnegie is correct when he says that the vast majority of charitable activities are unwise but this is the case for reasons other than those that he declares. However, he is fundamentally wrong in his depiction of the poor as being unworthy of more money.

The effects of a life in poverty are seen in the increased likelihood of abuse and neglect of children in impoverished homes. This lack of strong, reliable and/or consistent primary caregivers usually results in those children growing up to become dysfunctional adults. Of course, abuse and neglect can happen in all social classes, but it is particularly prevalent among the poor. This set of circumstances is confounded by a heightened risk of substance abuse as a dysfunctional coping mechanism, the hyper-vigilance required to stay safe from violence both inside and outside the home, the poor nutrition that stunts physical growth and cerebral development and increased rates of physical and mental ill-health, all results in a severe disadvantage to those who have experienced poverty. Most importantly though, when the acute and relentless stress of poverty is relinquished, even somewhat, evidence shows that, over time, many of these issues decline within a given community.

If we are to be generous to Carnegie and say that he, like many people today, genuinely did not understand this, rather than that his argument was self-justifying propaganda, then his misinterpretation of the poor is likely the result of his own childhood experiences. Carnegie grew up in an upper-working class household where his father was a master weaver. However, what is clear from his writings on his childhood is that his parents were mindful individuals, devoted to each other and to the betterment of their sons. This secure, nurturing and calm environment provided to Andrew and Thomas was their platform to go into the world as regulated and resilient individuals. However, Carnegie’s error is in assuming that all working class households were much the same as his own. He writes the following on this subject:

“It is because I know how sweet and happy and pure the home of honest poverty is, how free from perplexing care, from social envies and emulations, how loving and how united its members may be in the common interest of supporting the family.”

This quotation from the beginning of The Gospel of Wealth is perhaps the most important in the whole book because the tentacles of it stretch into almost the entirety of the rest of the doctrine. Thus, when Carnegie discusses how the “drunken vagabond or lazy idler supported by alms bestowed by wealthy people is a source of moral infection to a neighbourhood”, what he brings to the discussion is the sentiment that it is very much the drunk or idler’s own fault for such behaviour rather than the result of a fundamentally unfair social system designed to oppress, suppress and exploit.

Carnegie’s conclusion is thus that he is a special person. A “great man”, as he declares himself to be on several occasions, who has risen to such fortune because of his own supreme intellect. He declares this because he essentially believes that this is what distinguishes him from other working class men who could equally do what he has done should they have been provided with such powers.

Ultimately though, his declaration of his own greatness is simply the writings of an egotistical man who has come to believe the flattery that so often comes the way of wealthy individuals. Indeed, egotistical giving, where the donor is primarily motivated by reward, recognition and the aggrandising of self rather than compassion for the poor and a fundamental desire for inequality to be reduced, is one of, if not the most, important reason behind the dysfunction and misplaced energies of the modern charity industries, whether it be wealthy philanthropists or everyday people giving part of their wages.

Perhaps then it is best to conclude this short essay with a reminder of the definition of altruism. Samir Okasha writes the following on this topic:

“In evolutionary biology, an organism is said to behave altruistically when its behaviour benefits other organisms, at a cost to itself. The costs and benefits are measured in terms of reproductive fitness or expected number of offspring. So by behaving altruistically, an organism reduces the number of offspring it is likely to produce itself, but boosts the number that other organisms are likely to produce.”

The key phrase in this quotation is “at a cost to itself”. All too often then, charitable giving – both big and small – does not fall under the category of altruism. Indeed, much of it is self-defining, self-developmental, congratulatory, and done for the sake of public admiration or improved social capital and attractiveness. As such, if charity work was encouraged to be anonymous, and it were shameful to promote oneself through charitable actions as part of a manufactured or branded public image, then perhaps the landscape of charitable giving would look very different.