What do Social Sciences staff and students do with Nottingham Citizens?

Read our spring update on actions and opportunities for social science staff and students in the new year. 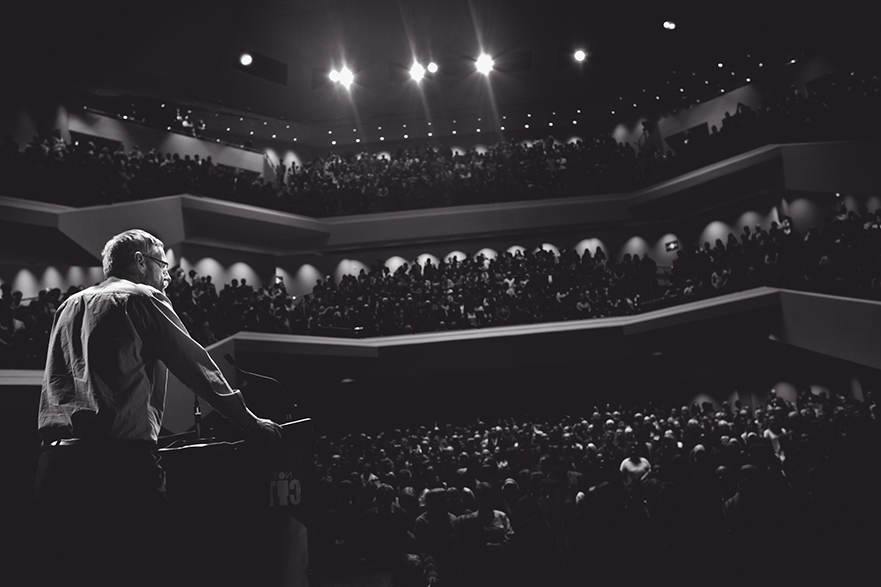 What is Nottingham Citizens

The School of Social Science has been a member of Nottingham Citizens for a number of years now and refreshed it’s internal leadership this year. A network of colleagues and students play a role in working with Citizens on a range of projects and campaigns. This update will introduce you to the team and share some current work we have been doing together. If you want to find out more email us for more information. For those of you who haven’t heard of Citizens it is a national campaigning organisations split into local groups who listen to the needs and challenges across their areas through listening campaigns and develop citizens assemblies to share these issues with those in power to seek positive change.

Previous campaigns in Nottingham have looked at good work, modern slavery, institutional racism, air pollution and mental wellbeing. In 2015, NTU students shared their experiences of discrimination and harassment as part of the hate crime campaign which led to Nottinghamshire Police becoming the first constabulary in the world to record misogyny as a form of hate. In March 2021, following 5 years of campaigning across the Citizens UK network, this became law for every force in the country.

Mental Health continues to be a top priority alongside various anti-racism initiatives and campaigns to tackle low-pay and insecure employment.

The current team supporting the engagement between Social Science and Nottingham Citizens is made up of:

Student perspective on Nottingham Citizens and their listening campaigns

The new team engaging with Nottingham Citizens wanted to ensure the voice of our student was present in engagement and despite the Covid-19 pandemic they have continued to engage with their peers on important topics. Below are three short reflections from students who engaged with our work.

Since November 2020 members of the student parliament at Nottingham Trent University (NTU) have been involved in a Listening Campaign, championed by Nottingham Citizens. As part of the event, two discussions were organised and facilitated by students: the first revolving around structural racism within the university, with plans of decolonising the curriculum, and the second regarding student mental health and the pressures of the ongoing pandemic. Both discussions inspired fruitful conversation on how student concerns can be better dealt with by NTU, with proposals outlined in a summary report that was presented at Citizens’ regional meeting on 11 February of this year. The action plan that emerged consolidated a wide range of points and provided a map for future development within the university. As a result of the close relationship, a permanent liaison role has been established to ensure both parties are informed on developments within their respective institutions which I am undertaking.  One of the most successful products of the campaign has been the continued collaboration between students at NTU and the University of Nottingham. The engagement of both universities in the campaign has provided the platform for regular cross-uni meetings, which aim to instigate grassroots change for students. Through this partnership, we hope to provide more personalised and digestible support for students in order for them to more easily seek and receive help. We are currently in the process of designing a social media infographic to inform students of existing services available, as well as creating a short survey to better understand current concerns and queries.

I first became involved with Nottingham Citizens shortly after I attained the role of ‘Equality, Diversity and Inclusion Liaison Officer’ for the Student Parliament at NTU. In November of last year, I was involved in co-organising an NTU based listening campaign titled ‘Structural Racism’. Its aim was to understand what structural racism is, what it meant to the students, and to explore its significance in the university setting. Most recently I co-organised two discussion events titled ‘Decolonising the Curriculum’. The aim was to enable students to have open discussion on whether the curriculum should be decolonised, how best to make this happen and how relevant this was to NTU.

Due to the impact of the pandemic both of these events were online, but this allowed for a great turnout from a variety of people, resulting in very interesting discussions which were relayed to Nottingham Citizens in a written report. It has also opened further communication and collaboration between NTU and the UoN. It is for this reason I believe that its student involvement will continue to grow. Overall, the work that I have done with Nottingham Citizens through its listening campaigns and the experience I have subsequently gained has encouraged me to look into graduate careers similar to my current role. I feel that it has allowed me to channel my passion for equality, diversity and inclusion in an effective way and, as a student, witnessing the positive impact of our work has, in itself, felt very rewarding.

As part of the Nottingham Citizens ‘Listening Campaigns’, I took part in 1-2-1 conversations with individuals within the Nottingham Community. This involved discussions on the impact of the Coronavirus Pandemic covering a range of issues, such as mental health and education. I was initially drawn to this activity due to them being in person, as I have had little opportunity to have face-to-face talks such as this. These conversations aimed to encourage a natural dialogue surrounding a list of sensitive questions and topics.

I chose to hold discussions with 5 students studying at NTU as I was interested in the opinions held by my peers, surrounding their University experience during Covid-19. These discussions allowed me to talk about topics that may be too sensitive to bring up in a normal conversation. Consequently, I was able to have an in-depth conversation about the impact of the pandemic on the mental health of all members of the Nottingham Community, especially of those living alone. These discussions also touched on the topics of structural racism and the wider community outside of the University. This has drawn my attention to how individuals from different backgrounds have had varying experiences during the pandemic. Through these conversations I was able to determine the problems faced by members of the community and what actions are needed to improve these.

From a personal perspective this activity helped me develop my social skills and confidence in leading a conversation on sensitive topics.

Since 2014 students from Sociology and Criminology undergraduate and postgraduate courses have taken part in Service Learning collaborating on projects with civic partners. They bring and apply their disciplinary insights to social justice issues in partnership with local communities and organisations. Led by Sharon Hutchings and Andrea Lyons-Lewis and framed by a public sociology approach, students support mutually beneficial interactions working on locally relevant concerns. For years a relationship between Nottingham Citizens and Service Learning has been fostered to connect students to issues voiced in their communities and this year, despite the pandemic, has been no exception. In response to the murder of George Floyd Nottingham Citizens began a campaign to tackle structural racism with education as a core focus. As a result, Sociology students are working to address representation and diversity in our schools and the new library to better reflect the diversity of our city. Nottingham Social Science staff and students continue to work with Nottingham Citizens and partner organisations to shine a light of challenges and seek positive change across the city and wider region.

For the past few months, I have been engaged with Citizens UK at national level, developing actions in response to Government support for rough sleepers during the coronavirus pandemic. The early response of the Everyone In initiative has been praised for moving 15,000 rough sleepers and night shelter residents into hotels and other Covid-secure self-contained accommodation. This ended after 12 weeks and was replaced by measures that have been less comprehensive. The CUK campaign has focused on homeless migrants and involved submitting a request to Robert Jenrick, Minister for Housing, Communities and Local Government, to suspend the operation of ‘No Recourse to Public Funds’ that threatens to exclude migrants from Government funded shelter for rough sleepers. The case is captured well in this video. On 17 December, a few CUK members presented a Christmas card and candle for Robert Jenrick at MHCLG, while 100+ assembled online to light candles and circulate a request to as many people as possible to add their names to a virtual version of the Christmas card, along with the request to suspend NRPF.

To find out more about Nottingham Citizens visit their website, follow them on social media, or use the linktr.ee below for all upcoming actions, training opportunities and media content. If you want to get involved as a student or staff member, contact Eva Zemandl (eva.zemandl@ntu.ac.uk) to discuss the opportunities. You can engage with Citizens Community Organising training, join a campaign group to explore how to develop change on these topics or support the ongoing listening events that occur across the year.

Nottingham Civic Exchange has been established by Nottingham Trent University to maximise research, policy and practical impact by bringing together university expertise with partners seeking to address the needs of communities. Nottingham Civic Exchange acts as a resource to look at social and economic issues in new ways. This means facilitating debate, acting as a bridge between research and policy debates, and developing practical projects at a local, city and regional level.