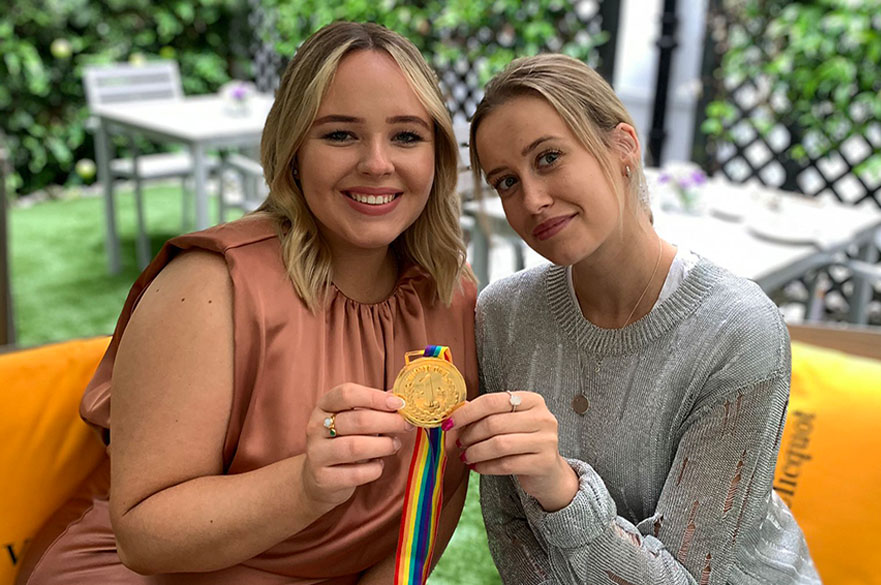 In the final of the competition, Elle and Gigi beat Ireland and Taiwan to claim first place for their global campaign, which they had 24 hours to pull together.

Creatives from 24 nations competed in the final, all of whom had won their national heat earlier in the year. In the UK final, Elle and Gigi beat over 60 UK entries with their ‘Get Trunk’ campaign, an artisanal beer designed to celebrate Chester Zoo’s 90th birthday and help drive sales. You can find out more about the duo’s UK entry in this article.

The brief for the final was set by the charity One Young World and asked competitors to create a campaign that would “promote young voices in conversations about climate change”. Elle and Gigi came up with ‘Time for Action’ a campaign that targeted global leaders and politicians with a series of bespoke sustainable luxury watches.

We noticed that the top challenge for CEOs was the management of their time, but they all seemed to be flashing expensive watches. This led us to our idea to create a one-off collection of Patek Phillipe-partnered timepieces that were each inspired by a One Young World leader. The watches could only be bought with a tangible commitment to tackling climate change.

We are so proud of Elle and her achievements since graduating from NTU.

For more alumni news and stories, visit our alumni website.