A total of 13 first-year BSc (Hons) Product Design students had their packaging designs recognised at the national competition’s award ceremony. 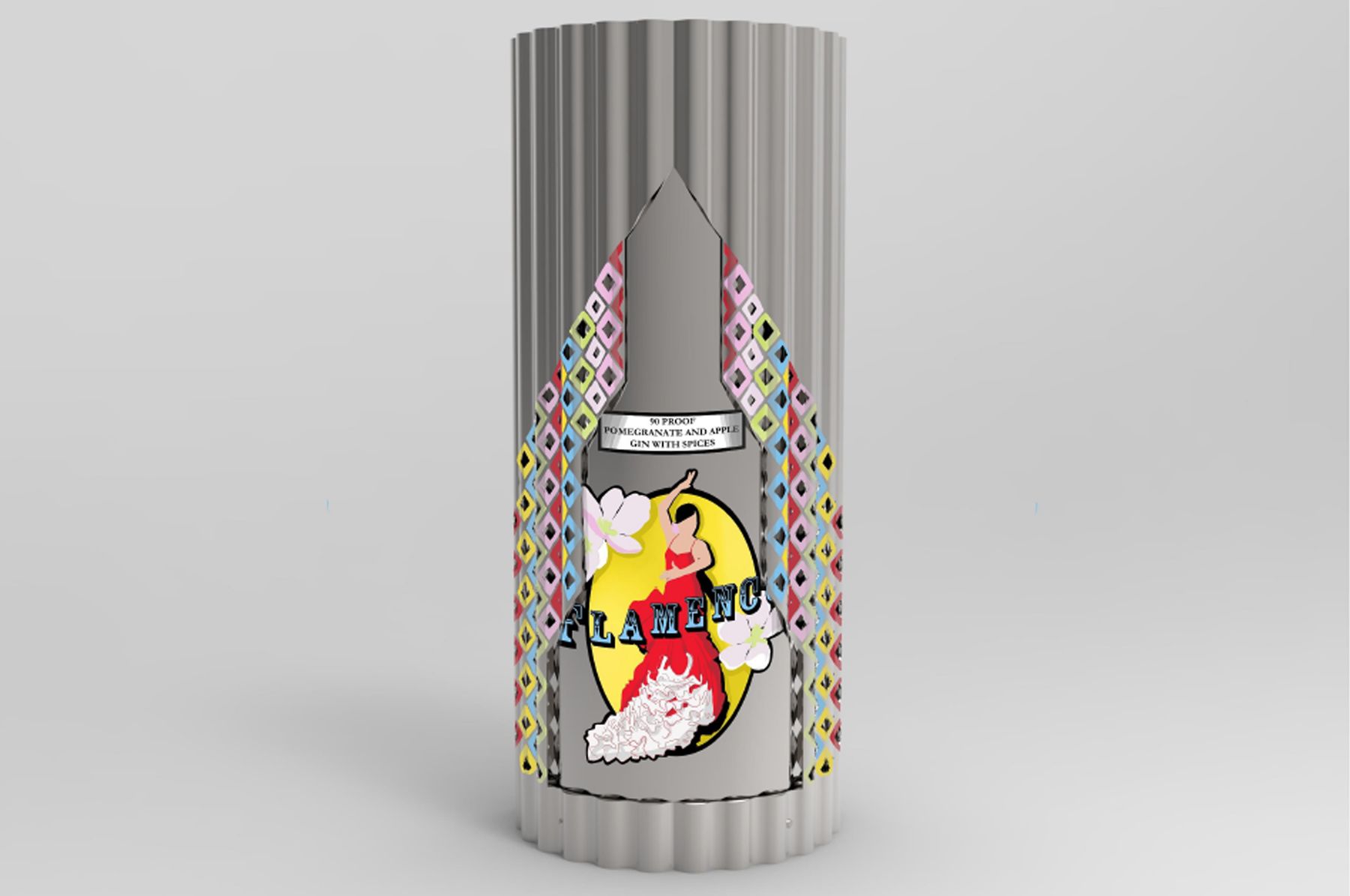 First year BSc (Hons) Product Design students showcased their capabilities on the national stage and scooped no less than 13 prizes in a successful day for the course. Two silver, seven bronze and four highly commended were among the collection.

Organised by the Institute of Materials, Minerals and Mining (IOM3), the Starpack Students Competition challenges students to submit packaging solutions to problems set by leading FMCG companies, design agencies and manufacturers. Participants were able to respond to a range of briefs and entries were expected to innovate and challenge conventional thinking.

Year One student Tom Griffin won a Silver award and was also awarded a highly commended cash prize for the quality of his submission.

Tom chose the brief ‘Gift Pack for Gin’ and submitted his proposal Flamenco to the judging panel. The judges praised Tom’s thoughtful design and incorporation of the sensuality of flamenco dancing in his work.

On his project, Tom shared: “I like to design products based heavily around my research - to turn out an item best suited for the targeted market. Having established that Spain was the largest consumer of gin internationally, I chose to produce a design which reflected Spanish flavours and culture, without alienating foreign gin enthusiasts. The colours and pattern were influenced by the work of Spanish architect Antoni Gaudí, whilst the overall shape reflects the flowing motion of flamenco dancing.”

Tom also touched on his award, “Of course I was ecstatic when I heard that I was being considered for a top three position. That said, I hold more value in looking at other competitors work to learn how to further develop my skills to a higher standard; and next time win a gold!” The task set the challenge of producing a process document, presentation boards, images and KeyShot renders.

The judges praised Sam’s consideration of recycling and reuse which was an integral part of the brief.

Dr Luke Siena, Lecturer in Product Design, who led the students through the competition, said “Starpack set a range of challenge briefs this year which tested the students design skills and creativity across various packaging sectors. All the BSc Product Design first-year students responded incredibly undertaking their Starpack projects during the peak of the national lockdown in January/February this year, producing some excellent outcomes.

"It is great to see that all the student’s effort and hard work has resulted with the recognition of their awards. Thank you to IOM3, who run the Awards, for allowing us to take part in this brilliant competition."

Congratulations to all the students recognised.