Bringing together design, economics and sports management, research is underway at NTU to explore the challenges and rewards of creating skateboard-friendly urban public spaces. Dr Tom Hughes from the School of Architecture, Design and the Built Environment, presents the findings of the project's recent hybrid skate-space case studies. 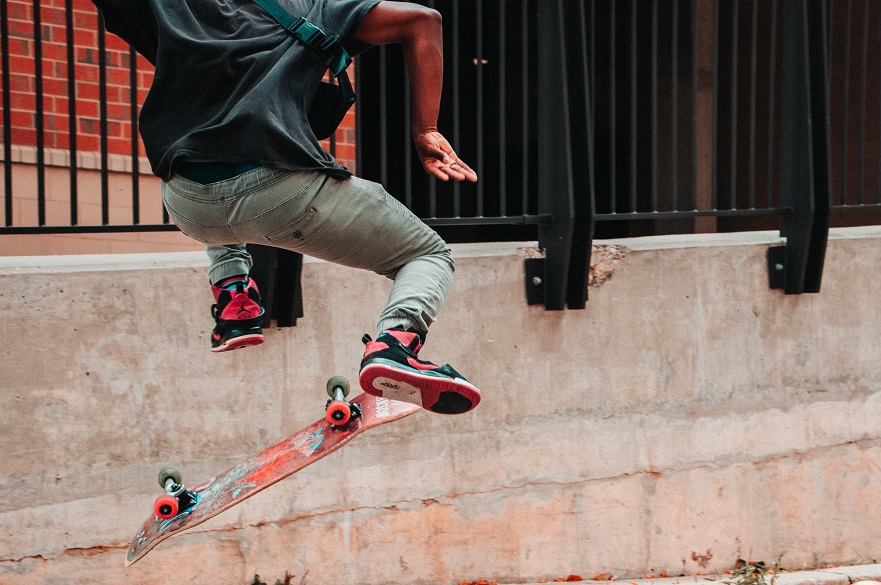 The study explores how public spaces are also used for skateboarding

Backed by a Scholarship Programme for Undergraduate Researchers (SPUR) award, the first stage of this inter-disciplinary study involving students and supervisors from the disciplines of Economics, Architecture and Sports Science saw the examination of five case studies from the perspectives of design, economics, sports management, skateboarding flow and inclusivity.

The Israels Plads in Copenhagen; the Place de la République in Paris and Glasgow’s Riverside Museum were selected as spaces where skating has been ‘planned in’ to recent developments. Two further studies, the London Southbank Undercroft and Sneinton Market in Nottingham are unplanned or ‘found’ spaces- adopted by skateboarders in the face of ambivalence or active resistance from local authorities. Though not without their problems, all are generally considered successful by skaters, and the focus of the studies was to draw out lessons that might be applied in developing future skate spaces as part of planned initiatives. The comparison between planned spaces, spaces that have been informally adopted, and additional research that will be carried out in to failed spaces, is intended to identify some ‘dos and don’ts’ of hybrid skate-space design.

At the Israels Plads, physical elements support both changing usage throughout the week and simultaneous, overlapping activities. ‘Skateable’ installations double-up as social and sports-observation seating. Visually it is ‘cohesively diverse’- each element is unique whilst the overall arrangement makes sense for a wide variety of users. The inclusivity extends to the design of the skateboarding experience, providing opportunities to learn for beginners and more experienced riders. Mellow elements allow skaters to learn transition tricks, with steps and ledges to grind, whilst a large flat skateable surface allows practice without crowding-out non-skate users. Free, 24/7 access means flexibility and inclusivity in use. The fencing keeps basketballs in, not people out; security is achieved passively through observation from passers-by, surrounding housing blocks and the two stair structures.

Redesigned in 2014 to remove cars and return it to pedestrians, Place de la République was not specifically designed ‘for’ skateboarding but with skating ‘in mind’. In addition to the skateable infrastructure (as seen at Israels Plads), a programme of changing skate-specific obstacles has been installed here. Care has been taken to maintain use hybridity, without the skate-specific elements having an overbearing effect on other users. An interesting potential management problem arises from the provision of paid skate lessons on the square- might payment privilege use of this ostensibly public space?

Glasgow’s Riverside Museum stands apart from the examples in Paris and Copenhagen. As a leisure destination rather than an urban space, the hybridity here is between museum users and skaters. Originally in conflict, an (unsuccessful) management solution was to ban skating during museum opening hours, however subsequent collaboration between the skate community and site management saw these issues overcome on a very low budget. Skate-specific and beginner-friendly obstacles were retrofitted into the existing landscaping scheme, as a result this site also stands out for its tranquil, ground-level greenery. 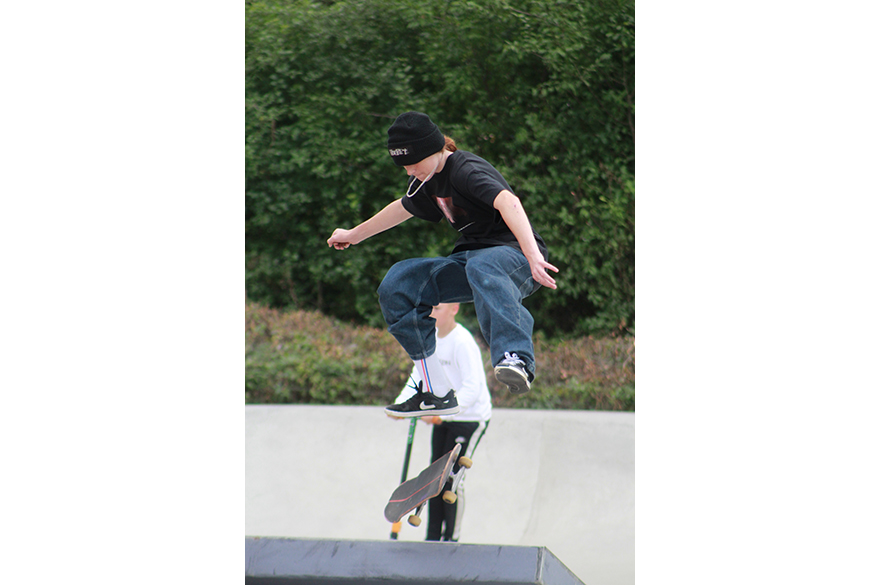 Once an edgy place, the redevelopment of London’s Southbank area and its location close to the cultural and political centres of the capital now provides a steady flow of onlookers and observers from all walks of life. The Southbank Undercroft skate spot is an unofficial ‘found space’, and whilst it is skateable for beginners, it is predominantly a showcase for a niche community of skaters, bmx riders and graffiti artists. The users self-manage the space, not always without conflict, which potentially reduces the inclusive feel. Overhanging concrete structures delineate the skate space and along with the colourful graffiti backdrop create a shop window for riders’ performances. Its value has been officially recognised as part of the cultural offer for this part of London, with successful campaigns to and extend the space.

Nottingham’s Sneinton Market Square is another ‘found space’ for skaters - the City Council quickly banned skating after re developing the square in 2011 despite early designs including skate-specific installations. Nevertheless skating has become established and is now an integral part of the urban culture of the “Creative Quarter” which has also embraced billboard graffiti. Sneinton’s inclusiveness could be questioned, with a lack of beginner-friendly obstacles and an atmosphere that has oscillated between generally welcoming and diverse, and occasionally less secure. Nevertheless skating now animates a space which borders one of Nottingham’s most economically disadvantaged neighbourhoods and which has historically had issues with street drinking and drug abuse. The skaters’ presence provides an opportunity for passive security and, with increased engagement and support, the skaters could become good custodians of the plaza.

Certain inferences can be drawn at this stage from the case studies:

Further studies in to failed examples of urban skate-spaces will help define the success factors more clearly for application to future projects. A number of interesting questions around the way that public policy is designed and implemented in different vertical/horizontal, individualist/collectivist societies have also been raised, which connect to skateboarding culture and its individualist/collectivist tendencies, non-conformity and informal hierarchies.