Expert Blog: Autonomous Cars – The End of Speed Cameras and Parking Tickets in Our Cities 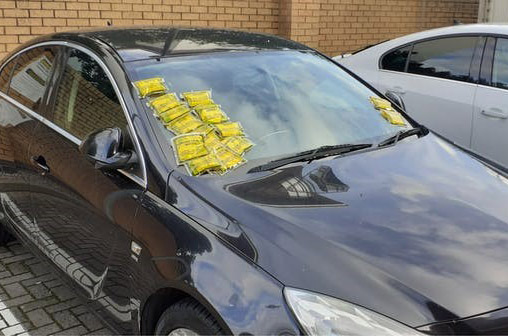 Knight Rider might have been pure science-fiction when it hit our TV screens in 1982, but David Hasselhoff’s sleek, self-driving car is what got me interested in Artificial Intelligence (AI). Watching the car’s computer, KITT, take control and safely manoeuvre that black Pontiac down country roads was as astonishing as it was inspiring.

Forty years on, some of the technology that show imagined has become standard automobile fare. Lane-keeping technology aims to keep you driving firmly between two white lines and prevents the car to run off the road. Automatic emergency breaking is designed to avoid having you crash into anything. At the touch of a button you can switch on automatic distance-keeping and road-sign recognition. And with your smart phone (or watch), you can now locate your car, unlock the doors and collect data on fuel consumption and allow the car to collect driver’s heart rate and other health parameters.

Fully autonomous vehicles, though, are still just out of reach. Car companies – with help from scientists and engineers – could have started developing them from as early as the late 1990s. However, at the time there was no appetite, from either the market or policy makers in many countries. And there was great hesitation from manufacturers due to insurance issues: who would be responsible in the event of a road accident?

Today, it’s not only the technology that remains a challenge to create the full autonomous car. As our research has shown, there is also the urban design required to facilitate that tech being deployed on city streets. Beyond that, there is the wider cultural and social acceptance the idea of driverless cars has yet to achieve. The big question is: what will it take for us to trust self-driving vehicles?

In current conventional cars, US statistics show that there is one death for every 100 million miles driven. Presumably autonomous cars would be rated much better if we considered latest reports, but the media attention is not balanced, and the accidents of the ongoing current autonomous cars testing have attracted significant scrutiny. For example, in the UK there is one in 17,000 chance of being killed in a road accident; however, for the aviation industry there is one fatality for every 287 million passengers carried by UK operators. Although flying is much safer, the media focuses more on aviation incidents, including social media which gives a false perception to the public about safety levels. And the same media phenomenon might be happening with autonomous cars for every car accident, regardless of their numbers relative to standard cars, hence causing false feel of their the lack of safety on the road.

The public opinion about autonomous cars is very challenging as the public will give feedback based on what they know at this moment in time. But I would argue similar to the introduction of Smart Phones by Steve Jobs, the public might not appreciate the effect the autonomous cars would bring to our style of living and daily life until the full capability of the technology is evolved during the coming decades.

In the UK, Centre for Connected and Autonomous Vehicles includes ongoing projects and the strategic direction of the technology. In the UK an autonomous car has successfully completed a total of 230 mile journeys across the UK. In USA, an interactive information about autonomous vehicles projects and testing can be found at AV TEST Initiative of NHTSA (NATIONAL HIGHWAY TRAFFIC SAFETY ADMINISTRATION).

Full autonomous cars are using sensor fusion and integration to achieve the objectives of navigation and control. However, extrapolating the technology development over the coming years and the range of sensor fusion systems, the autonomous cars are expected not only to navigate the road with the onboard sensors but will be expected to communicate with parking spaces, road traffic control, urban environment components, city locations and with other cars on the road to share information and to create a safe and efficient smart city. This, from urban environment, will cause very efficient transportation system and increase road capacity; as the autonomous vehicles, via their high speed communications, could respond much faster and safer than human beings to traffic congestion, traffic lights and roundabout as the move of every individual car will be known and anticipated in advance with a quick response from the autonomous cars.

This will create an enormous challenge to human drivers; and on the long term, drivers might not be allowed to take control of their own cars in busy smart cities. And the question could change to: can we trust ourselves to drive a car in such automated and sophisticated environment? What about people who like to drive expensive sports cars and watch Top Gear or The Grand Tour TV programmes ? Sadly such programmes might disappear because future generations might not understand the need for a human to drive a car on the road!

The research at NTU on autonomous cars has taken place in collaboration with Nacer Bezai and Professor Benachir Medjdoub. On the long term a huge cultural shift will happen; we will no longer own our personal cars because there is no point of owning one, particularly if you live in an urban environment. You will call a car when you need it and it will take you to your destination and automatically find a parking space to charge its batteries prior to the next task. This means we no longer have to pass a driving test because it could be something of the past. The good news, we will no longer get a speeding or traffic red light ticket in the post. Parking fines will be something of the past; and we will no longer see traffic wardens on the side of the road issuing parking tickets.

In a complex road environment in cities and country roads, a special infrastructure might be needed to ensure the safe control of the fully autonomous cars via special visual or wireless beacons or road side sensors. Some people are worried about privacy, but the risk on privacy from autonomous cars will not be any different from the current smart phones and CCTV cameras in cities. But cyber security is expected to be critical to autonomous vehicles in smart cities. The reliability of computer systems and servers to manage such complex network will also be critical, and the recent Facebook, Messenger and Whatsapp disruption is an example of that.

The key question now is: Are we going to have in the future more or less accidents on our roads when we have fully autonomous cars? The expectation is that we will have much less number of accidents due to eliminating human errors, but the media coverage is expected to be much greater in highlighting any accidents with an autonomous car involved.

Can we trust fully autonomous cars  on the roads our children walk down to get to school? Can cyclists and pedestrians trust them when navigating complex junctions? Michael Knight did not like the idea of KITT taking the wheel the first time he sat in the driver’s seat. Just as it took time for the computer-driven Pontiac to gain his trust, so will we all need full proof of these vehicles’ safety before embracing their presence on the road.