Expert blog: Creating a social and economic vision for Libya

Dr Suliman Alshahmy, Senior Lecturer in Accounting and Finance at Nottingham Business School, was selected by the UN to participate in writing an economic and social vison for Libya's future after long conflict. The report - Towards prosperity, justice and strong State institutions: A rights-based socioeconomic vision and road map for sustainable development in Libya - has just been published. 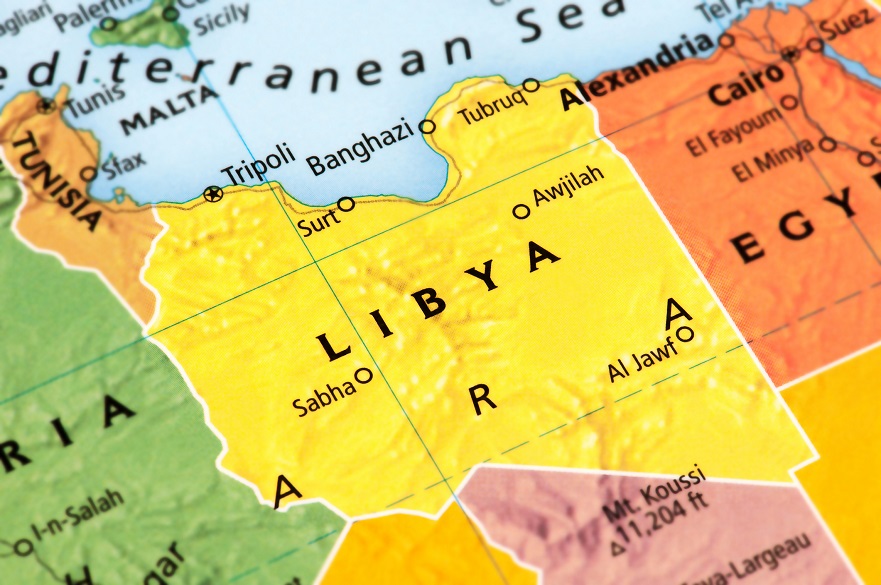 This project by ESCWA (UN) attempted to answer a pressing question - what is the way forward for Libya and Libyans after 10 years of conflict?

A series of large-scale grassroot dialogues over the course of nearly three years were aimed at developing a vision from a socioeconomic, rights-based perspective, reconciling the right of the household, the right of central government, the right to property, and the right of local government.

The strategic goals and objectives of the vision include a State of justice and equal citizenship; social protection and social justice; an alternative diversified economic model; and institutional reform, transparency, and good governance. How these goals and objectives complement human rights within the framework of comprehensive human security is highlighted, as is the link with UN 2030 Agenda for Sustainable Development goals.

The vision is apolitical, independent, evidence based, and timeless. Furthermore, it is not top-down, but based on broad and diverse participation by Libyan citizens in dialogue across socioeconomic and institutional areas and disciplines and derives its mandate from having been developed under the auspices of ESCWA (UN).

It was based on a number of economic studies. The first one was The Economic Cost of the Conflict in Libya which is published by ESCWA 2020. The war has taken a heavy toll on the Libyan economy, with losses from 2011 to the present estimated at 783 billion LYD ($580 billion). These losses are expected to increase if the conflict and political and societal instability continue after 2021, reaching 628.2 billion LYD ($465 billion) for the period between 2021 and 2025. The conflict has damaged all aspects of economic life and caused a significant decline in growth and an increase in volatility. A sharp decline was recorded in government revenues, spending and investment and activities in productive sectors, including oil and gas, construction and agriculture.

The second study was The Benefits of Peace in Libya: Neighbouring Countries and Beyond which is also published by ESCWA 2021. There is no doubt that peace in Libya will bring significant economic gains to the country and its neighbours. Gains in neighbouring countries are expected to total $163 billion by 2025, distributed as follows: about $100 billion in Egypt, $23 billion in Sudan, $10 billion in Tunisia and $30 billion in Algeria. Peace in Libya will bring opportunities for other countries in the form of economic gains for its main trading partners, which are expected to reach $13 billion in Italy, $7.5 billion in Germany, $6 billion in France and $5.5 billion in Turkey. Peace may contribute to reducing unemployment in Sudan by 14 percent by 2025, 9 percent in Egypt, 6 percent in Tunisia and 2 percent in Algeria.

The vision depends on the dismantling of four mutually reinforcing traps. The first trap is rentierism associated with totalitarianism, dictatorship and centralization. The second trap is institutional ambiguity and a widespread culture of corruption. The third trap is societal disregard for values in the form of seizing and disrespecting property and otherwise exploiting citizens. The fourth trap is a culture of begging, dependence, patronage, appointment, and disguised unemployment.

The vision notes the lack of mechanisms for strategic planning and institutional implementation, and with regard to current socioeconomic challenges, and highlights strategic options aimed at ending fighting over resources, which engenders instability, perpetuates armed conflict and fragmentation of institutions, foils anti-poverty efforts, and leads to dilapidation of infrastructure, instability of public policy and underdevelopment of legislation.

The vision analyses the central superstructure and associated dilemmas, such as rent seeking, opacity of institutions, and dissolution of values (culture of misappropriation and supplication).  Moreover, the vision developed a new implicit social charter that defines rights and obligations of individuals and charts State powers and responsibilities.

The vision also suggests ways for providing protection and support through adoption of clear and transparent policies, as well as measures for promotion of popular and community participation, entrenchment of a rights-based national social contract, and espousal of standards of efficiency and accountability in management of State institutions.

It benefits from the lessons learned from previous reconciliation attempts, as well as from experiences of several countries that have recovered from civil conflicts and wars. It also explains the roles of the key actors: the international community, legislative and executive authorities, civil society and communities, and individual citizens.

The vision document of a future united, independent Libya can serve as a reference for an integrated series of development documents that chart long-term routes towards balanced sustainable development, as well as policies and mechanisms to ensure growth in both the short and medium terms. Most importantly, however, this vision reminds Libyans that they can dream of a better future and work for putting the country on the path to success; all provided they reach consensus and collaborate in achieving their vision and goals.

Expert blog: Creating a social and economic vision for Libya