Historian Dr Amy Williams, of the School of Arts and Humanities, on her research and teaching ahead of Holocaust Memorial Day 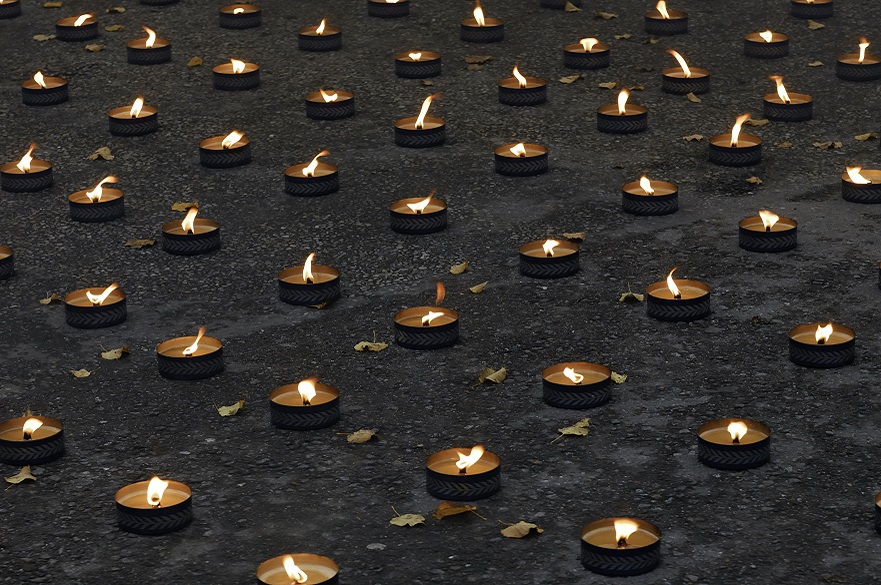 On Thursday 13th January NTU third year undergraduate history students, studying on the Holocaust in History and Memory module, had the pleasure of speaking with Holocaust survivor, Hanna Zack Miley and Bosnian genocide survivor, Smajo Beso. As part of the students’ final assessment they were asked to create a poster presentation about Holocaust Memorial Day while also reflecting upon topics covered in the module such as testimony, films, literature, documentaries, memorials, and exhibitions. I thought it important to conclude the module with survivor testimonies and connections between different past and present atrocities. It was also an opportunity for the students to ask the survivors questions about their ideas for their posters. For many students it was the first time that they had heard a survivor speak about their experiences.

The theme for Holocaust Memorial Day 2022 is “One Day”. There are many ways to interpret this theme as became clear when we listened to how Hanna and Smajo saw the theme in relation to their own stories. For Hanna, One Day came for her on July 24th 1939 when her parents, Marcus and Amelia Zack stood with tears in their eyes as she clambered up the steep train steps to board a Kindertransport from Germany to Britain. Hanna was 7-years-old when she said goodbye to her parents. She did not realise that it was on that day that the family would see the last glimpses of each other. Hanna’s talk reflected on several One Days such as imagining her parents’ arrival in a destination which was unknown to her during the Second World War, Kristallnacht, and the day she returned to Germany and was reunited with the family’s former maid. Hanna also spoke to us about inner healing and forgiveness. She recalled that on May 3rd 2015 in the city of her birth, Bonn, at an event to remember the former Jewish citizens of the town, she read an extract from her autobiography, A Garland for Ashes: World War II, the Holocaust, and One Jewish Survivor's Long Journey to Forgiveness, dated May 3rd 1942 – the day her cherished parents were murdered at Chełmno extermination camp. A man whose grandfather had been an SS officer and stationed at Chełmno told Hanna he was sorry for what his grandfather had done and in that moment Hanna embraced him. Survivors are at the forefront of reconciliation. As is the case with regards to Smajo’s story. On 24th January 1994 when Smajo’s beloved auntie, Emina died from her wounds in a bombing raid, Smajo movingly said how helpless the family felt as Emina was the rock of the family. On the day Smajo’s mother lost her sister when her children were starving and her husband was in a concentration camp, she sat the children down and explained that they cannot live their lives filled with hatred and anger. Instead they should resist by not becoming hateful. A few months later the family were reunited in Britain with the help of the Red Cross. But that day lived and still lives with Smajo. On arrival in Britain he had nightmares about his experiences. 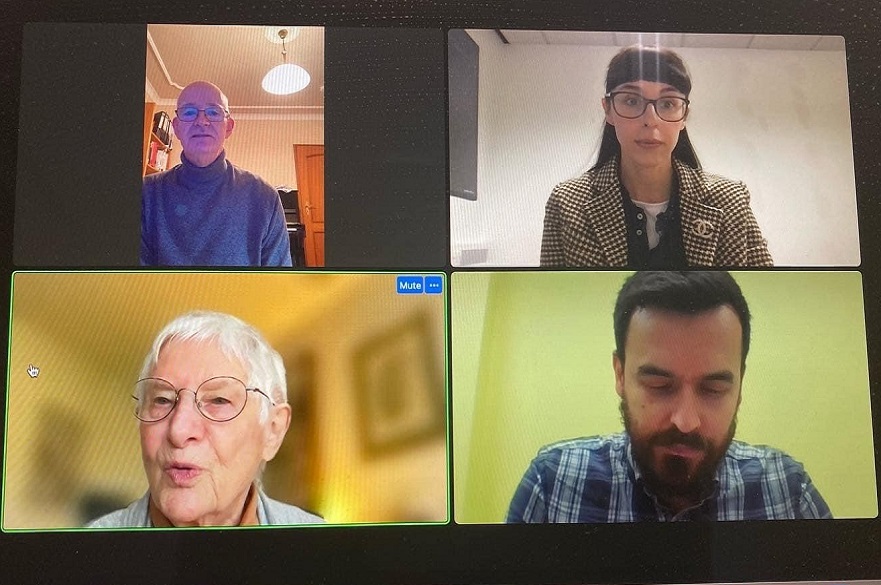 We come together to remember in the hope that there may be One Day in the future with no genocide. While this is an academic module where we reflect upon the history and memory of the Holocaust and tragically many more subsequent genocides, we also encourage the students to make deep meaningful connections with the survivors and their fellow cohort. We implore them to think about the lessons and legacies of the histories that they have learnt about and to remember that every act of kindness, no matter how big or small, can truly make a difference. Emeritus Professor Bill Niven was also part of the talk with Hanna and Smajo. He was moved by the power of testimony to build bridges between past and present, as well as between survivors and audiences, and its importance in helping survivors to piece together and come to terms with their experiences.

On Thursday 20th January the students held their exhibition showcase and Holocaust Memorial Event at Clifton Campus. We heard from Associate Professor Jenny Wüstenberg who spoke about how Holocaust commemoration has evolved in Germany. Senior Lecturer Gianluca Fantoni presented his recent work on the Jewish Brigade and there were recordings by Emeritus Professor Bill Niven and Tim Locke on display. Tim’s mother and uncle escaped to Britain on the Kindertransport. We thank the speakers and the students. One Day each year on 27th January we come together to remember Holocaust Memorial Day: let us not forget these stories and lessons during the rest of the year. 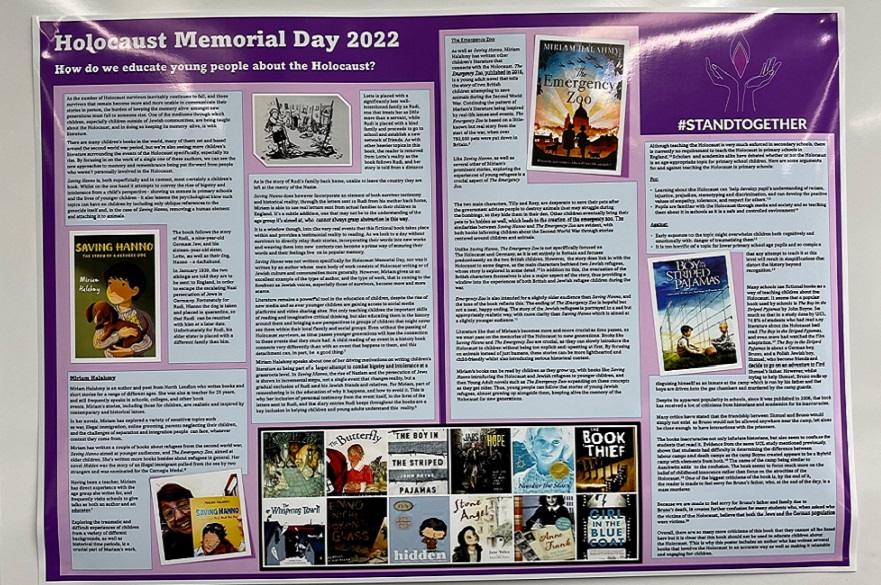 One of the posters created by students

Please see some of the student’s reflections below:

"Getting to listen to Hanna and Smajo talk about what they’ve both experienced in their lives is something I doubt I’ll ever forget, and I feel lucky to have had the chance to hear them tell their stories. It was so fascinating to hear how they both were able to continue into their adulthood and try make the world a better place, and that’s something that gave me a weird kick of inspiration to do more small acts of kindness in my life."

"It has actually been a really emotional experience studying Hanna’s story, and reading her book. It’s been an truly moving experience and an important learning curve."

"This poster aims to convey the power of poetry as a form of Holocaust testimony. We decided to talk about Holocaust Memorial Day's themes of One Day. The layout aims to guide the reader from the top downwards, with each section building upon the last. Starting with information about HMD and how it was established, the poster summarises the current Historiographical discourse on Holocaust poetry. The middle portion of the poster analyses five prominent Holocaust poems and one regarding the Rwandan genocide, we linked each one together through a theme to demonstrate the shared idea of shared experience. The final portion of the poster seeks to open the conversation to the readers, pose some interesting questions and provide a platform for two survivors, Hanna Miley and Smajo Beso to give their thoughts on the topic. We chose to use the Holocaust Memorial Day colour of purple and included creative elements which represent the Butterfly Project and poetry writing such as the post-it notes, torn pages and the flash cards."