By Professor Mike Robinson, a professor of cultural heritage, at Nottingham Trent University 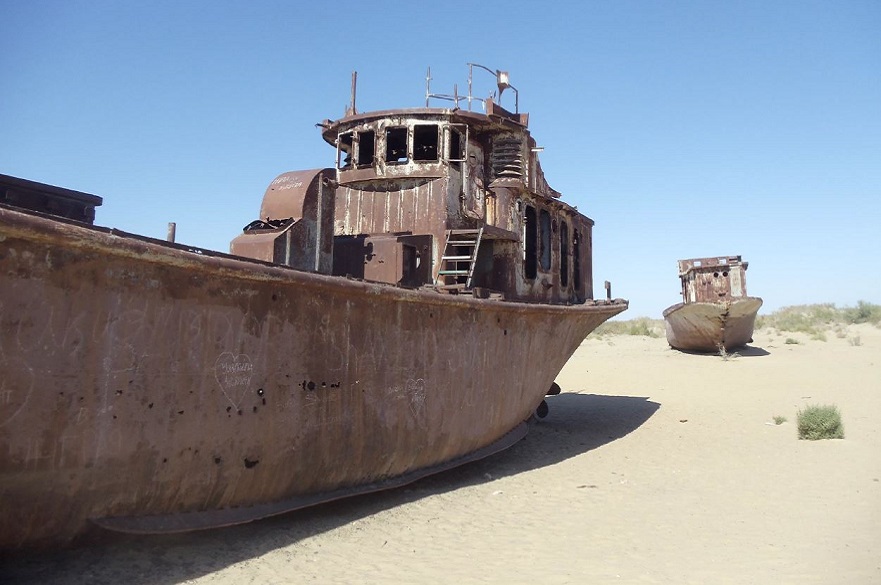 Central Asia is a rather unknown geographical entity to most of us. Recently however, in part due to the opening up of the ancient silk road, the country of Uzbekistan has seen a dramatic increase in international tourism, focusing on the attractions of the spectacular heritage cities of Samarkand, Bukhara and Khiva. Also, in Uzbekistan, in the autonomous region of Karakalpakstan, there is another attraction, much less visited, but in its own way, just as spectacular. This is the former Aral Sea region; once part of the fourth largest freshwater lake in the world in 1960 covering 67,000 square km (shared with Kazakhstan) and now reduced to only 10% of its original area surface. Essentially, from 1960 the Aral Sea was starved of its two main feeding rivers that were diverted to irrigate the cotton fields of the former Soviet Union creating a vast saline desert. 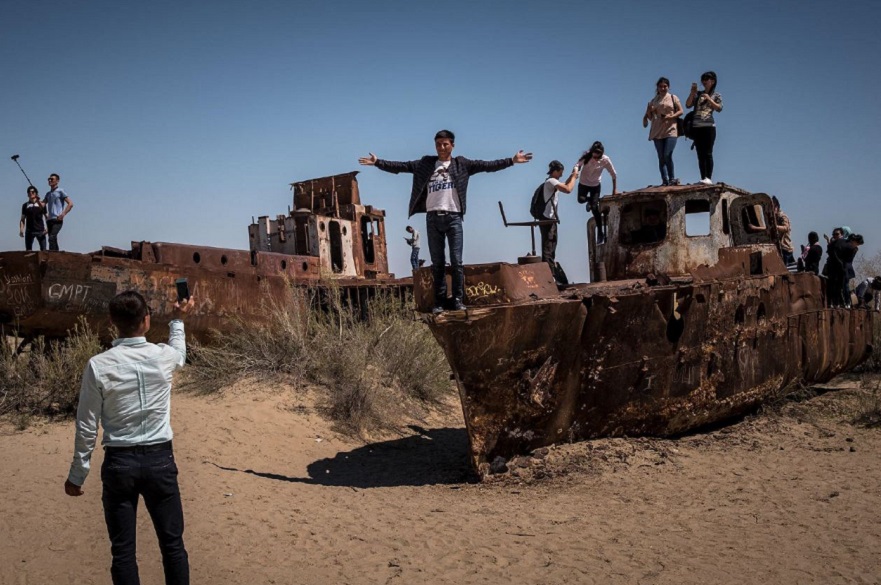 Tourists in the former Aral Sea

This human induced ecological disaster, concentrated over a span of just more than sixty years is, of course an economic, social and cultural disaster as well. This is all too evident when visiting the town of Muynak, some two hours dusty drive away from Karakalpakstan’s capital, Nukus. Muynak was once the largest and most important fishing port on the Aral Sea with a population of over 30,000 with many working in the fish processing and canning sector serving the Soviet Union with tinned fish and reputedly the best caviar. Now, with a population, probably of little more than 10,000, the shoreline of the sea – once a popular place for leisure and recreation – is now over 160 Kms away and the town’s lighthouse is but one of several dwindling reminders a former vibrant community.

Not surprisingly, this devastated and somewhat forgotten former Aral Sea region is subject to a large-scale programme of revitalisation, jointly led by the United Nation’s Development Programme and UNESCO; “Addressing the urgent human insecurities in the Aral Sea region through promoting sustainable rural development”. It is within the framework of this Programme that Professor Mike Robinson of Nottingham Trent University was commissioned by the UNESCO Office of Tashkent, Uzbekistan, to research, hold two workshops for local stakeholders, and report on the potential for sustainable tourism development of Karakalpakstan, based upon the tangible and intangible heritage of the region. 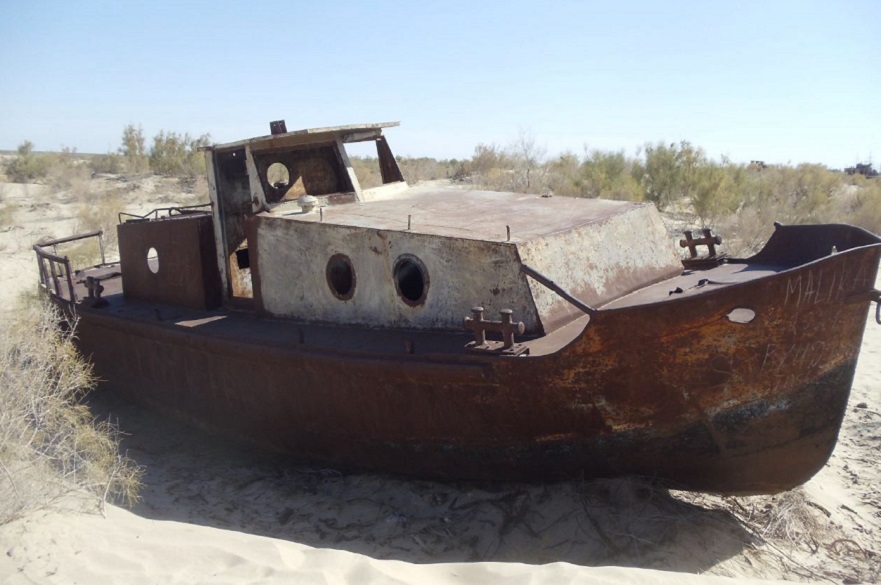 Another boat in the former Aral Sea

Developing small scale tourism based upon the sustainable use of the natural and cultural heritage of a region and engaging with local communities is a valuable approach in helping to re-build an economies and societies. A substantive part of Mike’s research has been to understand the heritage assets of Karakalpakstan and how these can be mobilised in relation to potential international tourist markets. The most powerful heritage resource are the remains of the Aral Sea at Muynak. Despite its isolation, an increasing number of international tourists are drawn to Muynak with it being featured in many itineraries of tour operators. They are drawn by the spectacle of seeing part of the former fishing fleet of the town – the so-called ‘ghost ships’ - now stranded and rusting in the desert. They are intrigued by seeing the drama of environmental destruction by human hand. It is the story of Muynak that needs to be told and the remaining heritage of town that needs preservation and protection. This is a must-see experience for many, particularly young, environmentally conscious travellers. Ironic it may be, but the heritage of the Aral Sea disaster holds the key to a better future for the town and the wider area- staying tourists mean accommodation, restaurants, services and tour-guide jobs. This is educational, cultural tourism which can bring development, but can also provide an important wake-up call to the rest of the world regarding the fragility of the environment and its over-dependent communities.