A donor’s story: how the loss of a close friend inspired a campaign to raise both funds and awareness

In 2014, NTU alumnus Chris Radford lost one of his closest friends to prostate cancer. They were such close friends, each had been best man at the other’s wedding. 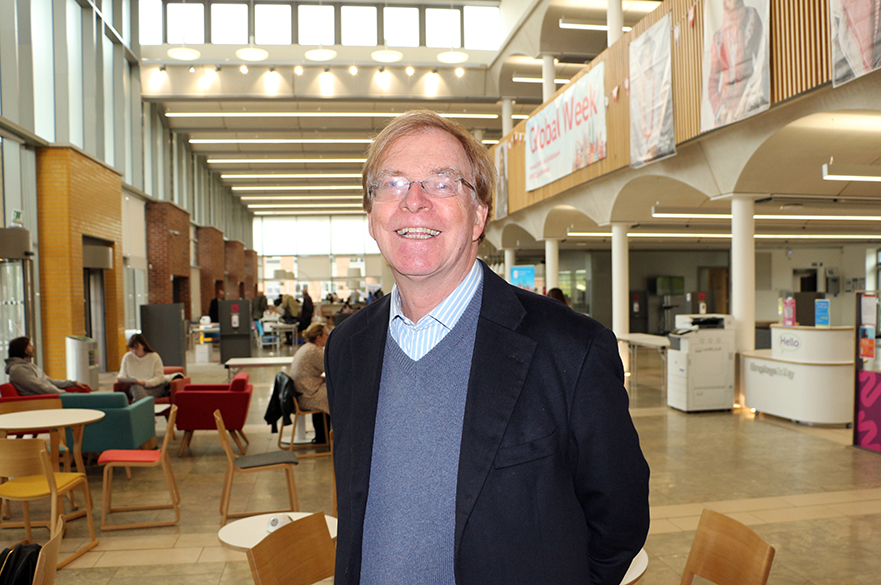 This pivotal event made him aware of just how prevalent the disease was for men of his age, and how little his peers knew about the risks.

Wind forward to the present day, and Chris has raised and donated over £30,000 to The John van Geest Research Centre. This is all due to his novel fundraising initiative, “The Fat Boy Challenge”.

Chris was recently given a tour of the Centre by Senior Research Fellow, David Boocock. He was joined by fellow NTU alumnus and close friend James Thornton, who has also generously chosen to support the Centre’s prostate cancer research.

“It was fantastic to see,” says Chris. “The energy coming from Stephanie McArdle – Senior Research Fellow at the School of Science and Technology – and her colleagues, was incredible. I’ve heard experts talk passionately about how they go about their work before, but witnessing that, and hearing about the holistic approach Stephanie and her team are taking, was inspirational.”

Alongside funds, a key motivator for Chris is to raise awareness.

“I was shocked at how many of my friends in their late fifties and early sixties didn’t realise the need to get regular checks,” he says.

“Few realised you should consult with your GP about a possible PSA check [a blood test primarily intended to look for signs of prostate cancer].

“Personally, I think some of it is to do with men’s attitudes towards their health. They’re less likely to go to their GP if they spot something, and often wait until things a quite advanced."

How does the Fat Boy Challenge work?

“It works by me involving around 100 or so friends a year,” laughs Chris, “and encouraging them to take part in a weigh in on the 1 January, followed by a “way out” six weeks later. The person who has lost the highest percentage of their original weight wins £500,” he says.

Now in its ninth year, a requirement of the challenge is that each entrant must donate to The John van Geest Cancer Research Centre via Chris’s JustGiving link. They also pay a match fee, which covers prize winnings and the cost of a celebratory lunch.

Also vital is that they commit to arranging their own PSA reading. It’s helped at least two participants have their symptoms of prostate cancer detected early.

“Two people in my current cohort – one a challenger, and one an active sponsor – have both had their symptoms picked up early. One is having radiotherapy as we speak, and the other having various tests to see where they go from here. My own brother has also been receiving treatment.

“The point is, without the challenge, inspired and in memory of my late friend Steve Radford, it’s unlikely any of them would have considered getting checked.”

How would Chris feel about others replicating the Fat Boy Challenge, or perhaps adapting it for their own John van Geest fundraising purposes?

“I’d be thrilled,” he says. “If people set up their own competitions – maybe via their own group of friends and perhaps with a different competition theme, I’m all for it. They’re welcome to plagiarise my idea!

“And for me, as well as raising money, it would be fantastic if more people could help raise awareness.”

If you have been inspired by Chris to fundraise for The John van Geest Cancer Research Centre and would like to discuss ideas, please get in touch with our fundraising team.

A donor’s story: how the loss of a close friend inspired a campaign to raise both funds and awareness