A total of 22 BSc (Hons) Product Design students were recognised at this year’s Starpack Students Competition, which included NTU picking up the Eric Dickens Memorial Award. 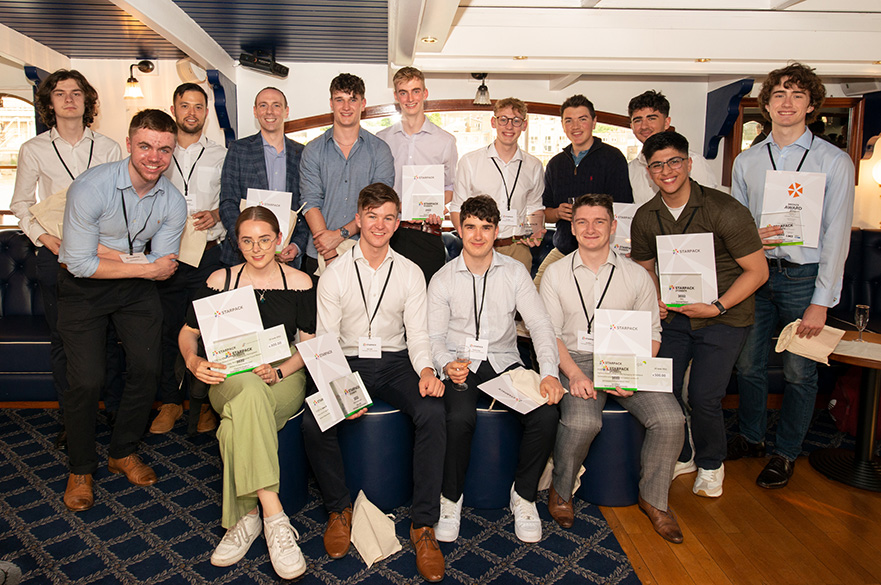 First established in 1964, the Starpack Students Competition is an annual event run by the Institute of Materials, Minerals and Mining (IOM3). It recognises the rising stars of the packaging industry and invites students across the country to showcase ideas and develop creative solutions to packaging problems. Briefs are set by brand leading FMCG companies, design agencies and manufacturers.

Work is judged on the basis that students challenge conventional thinking and ‘break the rules’ using creative decision-making. Three NTU students won the overall sponsor prize for their individual briefs. These were:

The winners were awarded cash prizes ranging from £300-500. Jake’s award also includes a visit to Crown Packaging Global Technology and R&D centre in Wantage where he will get to see first-hand the process of brand and packaging design and development. Judges described his work as a “simple, smart design”.

The ceremony was capped off by NTU winning the Eric Dickens Memorial Award. This is awarded to a college or university in recognition of its success and acknowledging that this is indicative of the high quality of packaging design evident at the college/university. The award is a significant coup for the university as it the first time in our history that we have won the award. We are therefore thrilled to bring it to NTU. 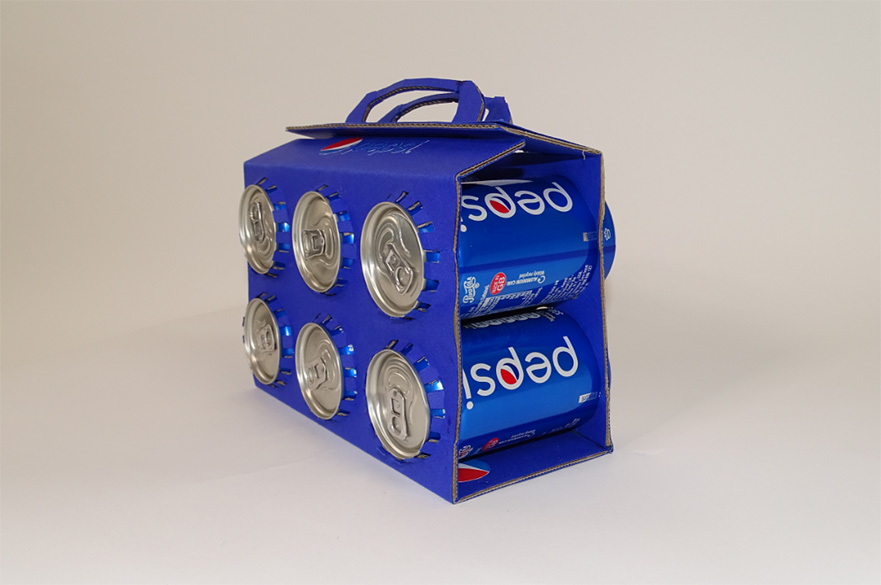 Year one student Ian Gilbert who was announced as winner of ‘Brief D’, sponsored by VPK Packaging UK & Ireland, claimed the sponsor prize and a gold award. On his project Ian shared: “Sustainability has always been a huge passion of mine, and I have always wanted to make a positive impact on the world. So, the brief to be able to reduce plastic waste and replace this with the much more sustainable material of corrugated cardboard was of great interest.

"After conducting initial research in local shops, I chose to replace the plastic shrink wrap around drinks cans. This I felt would be able to make the biggest impact overall as the world consumes over 6700 cans per second. This is when the E-carry was born, replacing the shrink wrap with a simple corrugated holder, allowing the user to pick the cans they wanted to buy rather than pre-packaged multipacks. The added strength of the corrugated cardboard also allows this to be much more resilient than carton board alternatives that are already on some products.”

Ian added, “This is the first product design competition I have entered and I'm overwhelmed to have won the sponsor award and gold award for my design. It has really made much more confident in myself and my future designs and has also allowed me to get my name out and gain recognition among the design community in an early phase of my design career. This will hopefully open doors for potential placements and careers allowing me to make a positive impact on sustainability.” Dr Luke Siena, Lecturer in Product Design, who led the students through the competition, said:

“The success achieved is a true reflection of the time, effort and hard work that our staff and students have put into entering the competition. All the BSc Product Design students responded incredibly undertaking their Starpack projects and we are extremely proud of each awardees success”

“Our gold, silver and bronze awardees are now eligible to be entered into the WorldStar Student Awards Competition 2022 which is the global packaging design competition for students. We look forward to supporting them and hopefully achieving more success later in the year”.

Jake Inglis who was announced winner of ‘Brief A’, sponsored by Alupro, claimed the sponsor prize and a gold award. Jake spoke about the inspiration behind his project:

“With recycling and circular economy becoming an increasingly major part of our day to day life, I thought encompassing this into skin care and body care packaging would be appropriate. Recycled aluminium uses only 5% of the energy required to extract virgin aluminium, so it made sense to reduce the carbon footprint further using these recycled materials. My product/brand Ernære, which can be translated from Norwegian to mean Nourish, seamlessly integrates with skin and body care as to nourish means to provide one with necessary substances for growth and health.”

“The Starpack Student Competition is the first design competition I have entered and to do so well, I am ecstatic and feel I have proved my capability and passion through my design. I have demonstrated to myself, and hopefully to others, that hard work really pays off. I was thrilled to claim a sponsor prize and a gold award for my project “

Congratulations to all the students recognised in this years’ competition: