Artists and designers, business leaders, a racing driver and a weightlifter to collect honorary degrees and awards from NTU

Nottingham Trent University (NTU) has announced the latest recipients of honorary degrees and awards which will be presented during graduation ceremonies at University Hall from 11-26 July 2022. 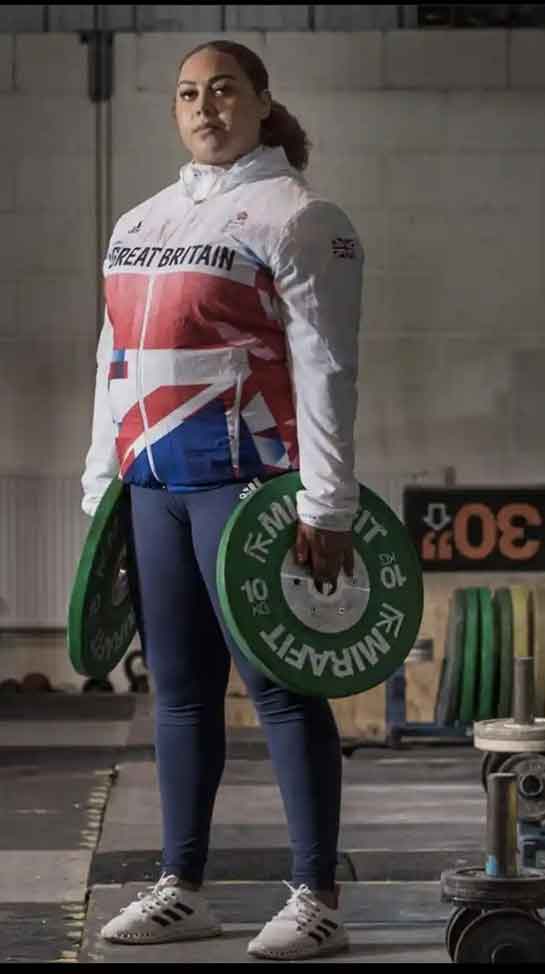 Emily Campbell is a silver medal winning Olympic weightlifter from Nottinghamshire. She won the first medal in this sport for a British athlete since 1984.

Emily is determined to drive participation within her sport regardless of colour, gender and ethnicity. Emily works in the community inspiring the next generation of lifters and dreams of opening her own performance gym that is accessible to all.

She is the first female Chair of the Football Association in its 157-year history. In 2021, she was included in the Vogue 25, British Vogue’s annual list of the UK’s most influential women.

She was awarded an MBE for services to Business and the Public Sector in 2011.

Lord Vernon Coaker is a member of the House of Lords where he is a working peer, taking a lead role on Defence and the Home Office for Labour.

His life in Nottingham began when he studied to become a teacher (PGCE Education) at Trent Polytechnic in 1975/6.

In 1997 he became the Member of Parliament for Gedling and the first ever Labour MP to win the seat, one he would retain for the next 22 years.

Neal Lawson is a writer, author and Executive Director of the good society pressure group Compass which fights for a more equal, democratic, and sustainable society.

He is the author of All Consuming (Penguin, 2009) and co-editor of The Progressive Century (Palgrave, 2001). He also writes about politics, democracy and societal transformation for publications such as the Guardian, New Statesman and Prospect magazine.

Neal graduated from Nottingham Trent University in 1986 with a BA (Hons) in Social Sciences.

Ian was awarded an MBE in the Queen’s Birthday Honours 2020 for service to the British textile industry and the Covid-19 response.

After moving onto a 50-acre farm and a shift to part-time farmer, Tony formed Beacon Energy championing renewable energy, giving advice to home builders, architects, factory owners and many more to persuade people of the logic and benefits of sustainability.

In 1996 he formed MRETT, Midlands Renewable Energy Technology Transfer, a company whose aim is to transfer technology from universities to industry.

Alongside Tom, Luke was awarded the distinction of Royal Designer for Industry by The Royal Society of Arts (2008). Both went on to be named in the top 50 designers ‘Shaping the Future’ by Fast-Co Magazine in New York.

Madelaine McTernan CB is currently the Director General of the Vaccine Taskforce (VTF), which is responsible for securing COVID-19 vaccines for the UK as well as international dose donations. Maddy was the Lead Negotiator for the vaccine contracts with the UK, being the first country to secure access to, and begin deployment of, both the Pfizer/Biontech and Oxford/AstraZeneca vaccines.

Before moving into the public sector in 2017, Maddy worked as an investment banker. She was appointed Managing Director at Credit Suisse in 2013 and subsequently became the first female Head of UK M&A at the bank later that year.

Have taken her undergraduate degree in Law at Trinity College, Cambridge, she completed her Legal Practice Course at Nottingham Trent University. Maddy credits the rigours of legal training as providing the basis for a varied and rewarding career.

Sam Robinson is a Photographer and Director who graduated from Nottingham Trent University in Photography in 2001.

He has worked with many clients including Apple, Google, Disney and Nike.

Sam has also won many accolades, such as the Portrait of Humanity award, The One Show Gold Pencil, Cannes Lions Grand Prix and British Journal of Photography Award to name just a few. Charlie Martin is a British racing driver and LGBTQ+ activist. She has raced successfully in multiple disciplines including single seaters, prototypes and GT cars. In 2020 she made LGBTQ+ history as the first ever transgender driver to compete in the ADAC TOTAL 24hr Nürburgring-Rennen, where she finished 4th in class racing a BMW M240i.

Charlie has featured in Vogue Magazine and was listed in the Vogue 25, a celebration of inspiring women shaping the World in 2021 and beyond. She was also included in the Pride Power list, OUT Magazine 100 and Attitude 101.

Charlie graduated from Nottingham Trent University in 2004, with a BA (Hons) in Graphic Design.

Victoria is a graduate of Confetti Institute of Creative Technologies where she studied a Foundation Degree in Science for Games Technology.

Julie Taylor MBE is Assistant Head of Vocational Education at Ashfield School, where she leads a team of teachers to deliver and assess Level 1-3 qualifications. She has also held the post of Post 16 Inclusion Specialist at the School, where she was responsible for ensuring an accessible and diverse curriculum for all.

Julie graduated from Nottingham Trent University with a BA (Hons) in Education, followed by a Masters Degree in Education.

Rachel is an Associate Professor of Forensic Science at Staffordshire University and Editor-in-Chief of the Science & Justice journal. Her research interests lie in the manufacturing and imaging of ammunition and firearm components with a specific focus on advancing the forensic identification of firearms through the investigation of chemical and physical manufacturing processes.

Rachel graduated from Nottingham Trent University with a BSc (Hons) in Forensic Science. She then completed her PhD in Forensic Firearms Identification and Imaging also at NTU.

Bernadette Stocks (Bernie) is an NHS leader with 29 years’ NHS experience plus five years in the private sector. She is currently Commissioning Manager Highly Specialised Services for the NHS, where she is commissioning lead for 23 national highly specialised rare disease services in the Women and Children Programme of Care including neurology, neurosurgery, foetal medicine, paediatric medicine and surgery and cancer.

Bernie graduated from Trent Polytechnic Business School with a BA (Hons) in Business studies, and also gained a Master in Business Administration from Nottingham Trent University. Bernie became an Alumni Fellow at NTU in 2017. Daniel Parker is a Men’s Performance Analyst for The Football Association, supporting the analysts and coaches for the Men’s Senior Team for over 65 matches including the World Cup, Nations League, and Euros.

Daniel began his sports career after graduating with a BSc in Coaching and Sports Science from NTU, where he took on a placement with the first team staff at Notts County FC.

Barrie Pierpoint FCIM is Managing Partner and founder owner of bp Management and Marketing Services, a business and management consultancy. His 30 years’ Boardroom level experience has led to a continuous track record of performance improvements and achievements, turning around loss-making businesses and building revenue streams.

He is also a Director and part owner of Morgan Lawrence Publishing Services Ltd, which specialises in producing former professional football player and manager autobiographies. He himself has written a book about his success story at Leicester City FC transforming it from a bankrupt business to a profitable organisation, ‘Minding My Own Football Business’.  He has also recently been appointed as the part time Chief Executive of Kings Lynn Town FC.

Barrie graduated from Nottingham Trent University in 1974 with a degree in Business.

Helen Tupper and Sarah Ellis are the founders of Amazing If, an award-winning company with a mission to make careers better for everyone. They are the co-hosts of the UK’s no.1 careers podcast, Squiggly Careers, which has had more than 2m downloads and their TEDx talk ‘The best career path isn’t always a straight line’ has been watched by over 1.5m people.

Together they are also the authors of two Sunday Times bestselling books ‘The Squiggly Career’ and ‘You Coach You’.

Both Helen and Sarah graduated from Nottingham Trent University in 2004 with a BA (Hons) in Business Management.

She graduated with an MA in Human Resource Management from De Montfort University in 2003 after gaining an Occupational Health and Safety Management CERT from NTU in 1996. Her studies at NTU began with gaining a Chartered Institute of Personnel and Management post-graduate Diploma in 1991.

Christine has held senior HR roles in Boots, Hardys & Hansons, a Nottingham based regional brewery as well a role with Jaeger Knitwear.

Christine is an Alumni Fellow and mentor at Nottingham Business School.

Dafe Oboro is an artist working predominantly in photography and film. Dafe has taken on the roles of casting director, producer, director, and photographer, embracing a multifaceted approach to storytelling.

Dafe was the 2020 recipient of the film prize in The Future Awards Africa. The artist was one of the 2020 nominees for Dazed and Confused magazine’s Dazed 100 list of people shaping youth culture. 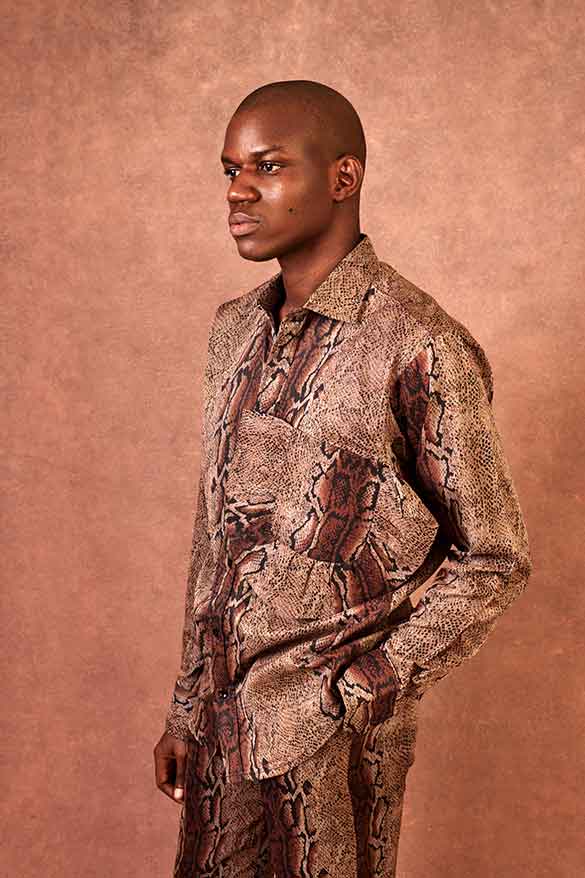 Simon Masserella is a Justice of the Peace and National Digital Lead for the Magistracy.

He studied an HND in Electrical and Electronic Engineering at Trent Polytechnic (now NTU) and was a Chief Flying Instructor for the RAF before spending the remainder of his career in Information Technology and Systems within the steel, water, power, nuclear, telecommunications, finance and stock broking industries.

Currently Simon answers to the Senior Presiding Judge for England and Wales and deals with all digital matters on a national basis, having been appointed in late 2018.

Simon is an Alumni Professional Mentor and helped create the now well-known ‘Employer Challenge’ for Nottingham Law School, which is written into NTU’s 2nd Year Courses for Law.

Simon was awarded the Order of the British Empire (OBE) in the New Year’s Honours in 2022 for Services to the Administration of Justice.

Neil Chattleis the head of Rolls-Royce Corporate Heritage and the Chief Executive of the Rolls-Royce Heritage Trust. He manages the company’s heritage activity as well as promoting Science, Technology, Engineering and Mathematics (STEM) engagement with young people. He has been a STEM Ambassador for over twenty years and in 2020 was awarded the Outstanding STEM Ambassador Award at the UK STEM Inspirational Awards.

He is an Alumni Fellow of Nottingham Trent University Business and Science and Technology Schools.

Professor Edward Peck, Vice-Chancellor of Nottingham Trent University, said: “Our Honorary Graduates and award-winning alumni always inspire me every year with their achievements and the life-changing contributions they have made to society.

“In welcoming them to NTU to receive their prizes, they also share their stories with our graduates. It is really motivating for them to see what can be achieved in your career and in your life.”

Artists and designers, business leaders, a racing driver and a weightlifter to collect honorary degrees and awards from NTU