By Senior Lecturer Alan Fewkes, an expert in rainwater harvesting 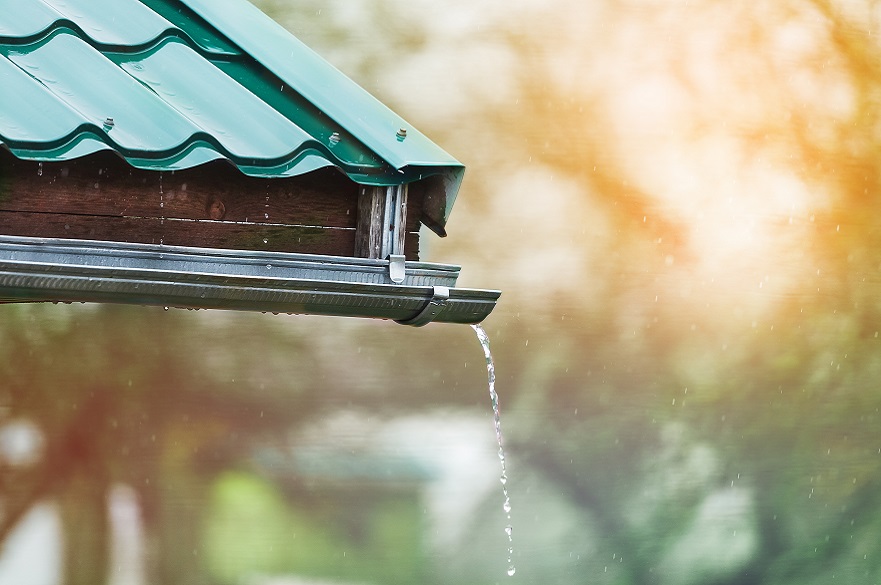 Rainwater harvesting has become popular during the past 30 years

There is evidence of rainwater harvesting systems being used in most parts of the world at some point in history.  In the case of some locations such as Africa and India, systems can be traced back many thousands of years.  Generally, the use of rainwater harvesting systems declined in many developed and developing countries during the twentieth century due to the application of centralised water collection, treatment and distribution systems.

The use of rainwater harvesting systems to supply non-potable water in urban areas of developed countries, for such applications as garden watering, has become more widespread during the past 25 – 30 years. The benefits of rainwater harvesting systems in the urban context include conservation of water resources, relief of demand on public water supplies, attenuation of peak run-off into the sewer network and the reduction of combined sewer overflow emissions. The attenuation of peak runoff can also be achieved by the use of green roofs and rain gardens

The basic configuration and construction of rainwater harvesting systems is relatively simple consisting primarily of a catchment area, storage tank and interconnecting pipe work (including guttering and downpipes).

The materials from which the catchment area is constructed have a significant effect upon both the amount of run-off and its chemical, physical and possibly biological quality. For non-potable applications some preliminary treatment of the rainwater is beneficial before entering the storage tank, for example, passing through a cross flow or screen filter with an apperture size of between 0.2 to 1.00mm.  Further treatment also occurs within the storage tank via flotation and settlement.  Storage below ground is preferable to minimise the entry of daylight and maintain the collected water at a low temperature, which reduces microbiological activity such as algal growth. If below ground storage is not possible or feasible the storage vessel should be dark in colour with a close fitting lid. The storage vessel can be constructed from a variety of of materials such as plastic, concrete or steel.

The chemical and physical pollutants in the rainwater are due mainly to atmospheric pollutants, which contaminate the rainwater by two routes, dry and wet deposition.  The amount of dry deposition is related to the time interval between rainfall events.  The levels of pH, suspended solids, turbidity and metallic ions may also be affected by the type of roofing material used to collect the rainwater. The pH of rainwater is usually slightly acidic, in the range of pH 5 to 6. Bitumen felt roofs leave the pH almost unaltered whilst fibrous cement coverings tend to increase the alkalinity of the runoff. Similarly, the quality of the rainwater will also vary depending upon whether the system is located in a rural, urban or industrial environment.

The potential health risk to a user of a rainwater harvesting system, due to cross contamination, is related to the microbiological quality of the rainwater.  Pathogenic organisms can be introduced into a rainwater collector via bird and animal faeces deposited on the roof or via opportunistic pathogens, which can survive in water systems, for example Legionella spp. Pathogenic organisms present in bird or animal faeces such as Salmonella, Campylobacter, Giardia and Cryptosporidium are unlikely to grow in rainwater between the temperatures of 5 - 37ºC even when nutrient levels are favourable.  The presence and growth of Legionella spp., represents the highest health risk.  Growth occurs between the temperatures of 25 - 45ºC with likely sites being aquatic biofilms, which are likely to exist in rainwater harvesting systems.  The use of below ground storage will minimise the risk of Legionella spp., because storage temperatures are unlikely to reach 25ºC.

Senior Lecturer Alan Fewkes of the School of Architecture, Design and the Built Environment