Introducing physical activity to school lessons can help to improve pupils’ learning in the classroom and their motor skills development, a new study has found. 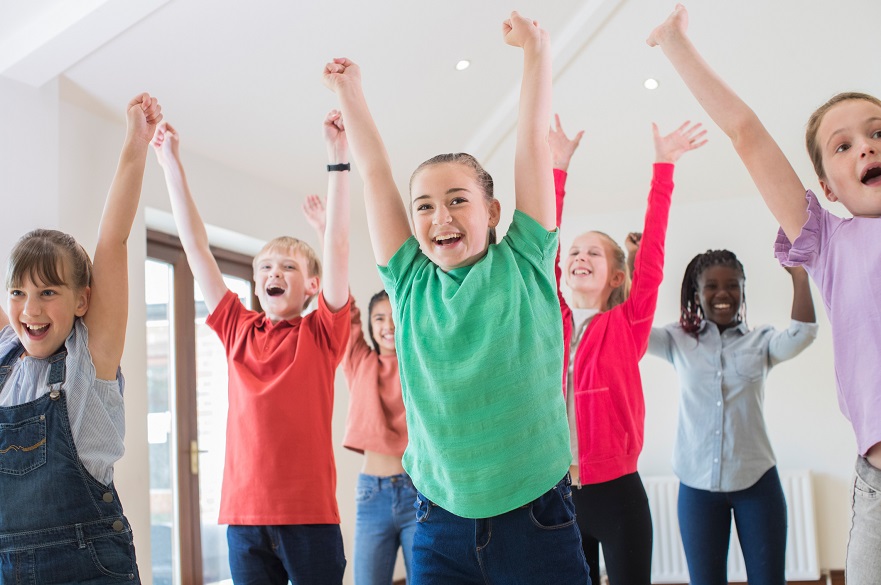 Sports scientists at Nottingham Trent University examined how bouts of physically active maths lessons for eight hours per week affected children aged 6-7 during their first two years of school, by comparing them with another group which studied the usual way.

They found that the lessons boosted primary school children’s cognition and motor skills, as well as enhancing their mathematics ability.

As part of the study, games-based activities were connected to key mathematical concepts and included warm-up exercises and short physically active learning tasks.

In one lesson, for instance, pupils – who were from elementary schools in northern Italy – were required to complete a mathematical-themed orienteering course, with the answers to each problem providing them with a route around a map.

During the study pupils in both groups also performed a series of cognitive function tests which assessed factors such as language, visual perception, memory, attention, reading, writing and calculation.

They also performed tests which judged fundamental motor skills such as running, hopping and horizontal jumping and object control using a ball which included kicking, throwing and catching.

The team found that the physically active lessons improved cognitive function tests by about 30% on average, when compared to the other group, and that motor development tasks improved by about 25%.

As a secondary effect, the intervention also led to stronger maths development in the children, the researchers found, with ability improving by 17%.

The researchers argue that, while they focused on maths lessons, the same approach could easily be used in the classroom with other topics, such as language teaching.

“Our study showed that the inclusion of physical activity in maths lessons led to synergistic benefits in cognition, gross motor skills and academic achievement among pupils,” said lead researcher Dr Daniele Magistro, an expert in physical activity and health in Nottingham Trent University’s School of Science and Technology.

“Encouragingly, the positive differences remained following the school holidays and continued to the end of the second school year. Opportunities for physical activity can sometimes be sacrificed to concentrate on more ‘academic’ subjects, but schools can actually provide an ideal setting for interventions aimed at increasing activity.

“Physically active lessons could be a useful addition to curriculums; combining movement with learning activities can extremely beneficial for children’s cognitive and motor communication development, which is critical for optimal development in the early years.”

The study, which also involved the Italy’s University of Torino, University Centre of Asti (Astiss) and Comprehensive School Guido Gozzano, is published in the journal Psychology of Sport and Exercise.