New tools to map the location of non-compliant businesses have been created following a report which found that hand car washes, nail bars, and other informal economy sectors are more likely to be found within specific types of neighbourhoods. New tools to map the location of non-compliant businesses have been created following a report which found that hand car washes, nail bars, and other informal economy sectors are more likely to be found within specific types of neighbourhoods.

The Work, Informalisation and Place Research Centre (WIP) at Nottingham Trent University (NTU), has developed a database, maps, Informal Economy Index and Covid Economic Impact Index to predict and identify the location of business in the UK which breach regulations such as labour, environmental, health and safety, and insurance.

Created as part of research funded by the Modern Slavery Policy and Evidence Centre, it is hoped that the indices can provide a powerful and valuable tool to support place-based approaches for both national and local education, engagement, and enforcement.

Using the Ordnance Survey’s Points of Interest database and Google Street View, the team has already mapped the location of 38% of hand car washes in the UK, including core cities, and is completing the same exercise for nail bars in the East Midlands, Greater Manchester, and Birmingham.

The mapping has identified neighbourhoods where non-compliant employment sites are more likely to be located. This had led to the development of neighbourhood-level maps which predict the location of these business based on risk and protective factors in the area.

Using official data sources and fieldwork, the team has also constructed a database covering all neighbourhoods across England that include socio-demographic, economic and built environment factors which could indicate the location of hand car washes and nail bars.

For example, in relation to hand car washes they identified risk factors linked to the presence of other forms of economic activity, including vehicle repairs, second-hand car sales and petrol stations alongside A or B roads passing through neighbourhoods. Neighbourhoods less likely to feature hand car washes included those with greater educational qualifications among the population, more affluent residential areas containing detached and semi-detached properties, and greater student households.

The mapping also revealed that nail bars are more likely to be found in neighbourhoods with higher numbers of hair and beauty salons, charity shops, restaurants, shoe stores, chemists or pharmacies, petrol stations, and more cohabiting households with children. In contrast, the presence of terraced and social housing, higher median house prices and households with three or more cars is more likely to reduce the presence of nail bars. 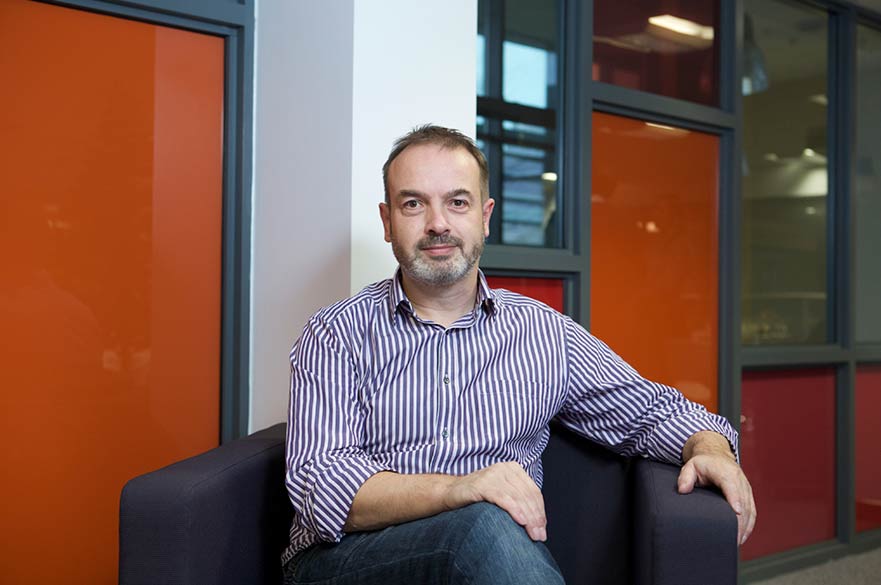 Expanding on the car wash and nail bar mapping, the new Informal Economy Index (IEI) predicts the presence of employment within all sectors of the informal economy across neighbourhoods in England. The IEI concentrates on the over-representation of population groups identified as typical participants in a range of informal economy sectors within specific neighbourhoods, leading to the identification of neighbourhoods across the country which have higher or lower predicted rates of non-compliant informal engagement. It uses 14 indicators taken from official sources, for example average net income after housing costs, households living in temporary accommodation, children living in deprivation and resettled asylum seekers.

An example from the Greater Manchester area predicts higher levels of informal economy employment in the former industrial, manufacturing and textile areas but much lower levels within the more affluent neighbourhoods.

A Covid Economic Impact Index (CEII) has also been created to monitor the likely impact of the pandemic on the non-compliant economy and location of modern slavery practices.  The CEII uses existing evidence on the economic sectors that have experienced the biggest economic impact from the pandemic, such as tourism, hospitality, automotive, and beauty.

Findings showed that the impact of the pandemic was mixed in relation to non-compliant businesses and sites of modern slavery. Many non-compliant businesses were found to be located within neighbourhoods which are unlikely to benefit from local and national Covid-19 recovery initiatives, leading to concerns that measures still need to be taken to prevent further non-compliance and modern slavery from becoming more embedded in these neighbourhoods. This is needed to prevent workplaces from continuing to operate beyond re-generation measures where the drivers of non-compliance and modern slavery may continue within any new disaster or emergency incidents.

Dr James Hunter, research lead and principal lecturer in Public Policy at NTU’s School of Social Sciences, said: “There is a need for local authorities and regulators to take a neighbourhood approach to tackling illicit activity relating to the informal economy. Improved mapping means that resources and effort can be focused on identified high risk areas.

“These indices move away from a purely intelligence-based approach to one focused on geographic concentration and multi-agency activity. This is important as the presence of non-compliant workplaces, including those that exhibit modern slavery, may go unnoticed as they are often hidden or assumed to be legitimate legal enterprises.

“Based on this work we have already delivered a data product to all UK Police Forces through the National Crime Agency which supported targeted engagement with over 600 hand car washes to challenge potential illicit activity. This highlights the value of a targeted approach which challenges business owners to comply with a set of clear legal standards that protect workers, consumers and the local environment.

“We hope that these indices can now be used for additional training on spotting signs of market non-compliance across all enforcement agencies.”

Alongside its work with the National Crime Agency, WIP – which includes researchers from NTU’s School of Social Sciences and Nottingham Business School - has also worked with the Gangmaster and Labour Abuse Authority, Office of the Director of Labour Exploitation, and the Responsible Car Wash Scheme to inform their work to improve standards and challenge illegal activity.