The new study will examine and analyse the rare Wars of the Roses genealogical roll which has not been seen publicly for over 20 years. 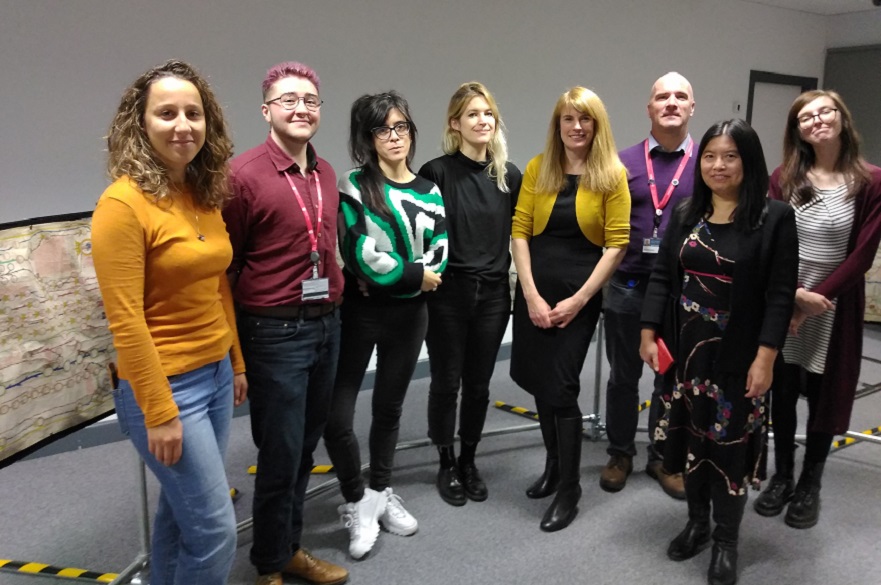 In a pioneering new study, history and heritage science researchers at Nottingham Trent University (NTU) will examine and analyse using cutting edge scientific imaging a rare and precious genealogical roll produced during the Wars of the Roses which has not been seen publicly for over 20 years. It was made between 1447 and 1455 in the crucial period leading up to the Battle of St Albans when Henry VI’s favourites were toppled from power. The new spectral imaging method developed by NTU for scanning manuscript rolls will produce not only high resolution colour images given by traditional digitisation but also material and ‘hidden’ information.

The roll - MS 501 which is located at Burlington House with the London Society of Antiquaries - is almost 50ft long and is considered to be one of the finest late-medieval chronicles in the world. Because of its unusual size and length, the roll cannot currently be accessed and presents unique challenges when it comes to digitisation.  It contains a series of beautiful images thought to have been created by William Abell, a well-known fifteenth-century manuscript illuminator based in London. When, in 2021, The London Society of Antiquaries started a campaign to raise the profile of the society led by historian Michael Wood, they chose this roll as a key example in their collection, and sourced charitable donations to carry out its digitisation.

Since 2017, a research team in NTU History led by Dr Natasha Hodgson have been investigating a number of genealogical rolls which appear to have been mass-produced during the reign of Henry VI to better understand their cultural significance. This project has involved close collaboration with the University of Canterbury, Christchurch, New Zealand, around the digitisation of another example, the Canterbury Roll. Many more of these objects lie in archives and libraries across the UK, but they tend to be fragile, and at around five to six metres long, they require considerable space to display.

The NTU Imaging and Sensing for Archaeology, Art History and Conservation (ISAAC) team led by heritage scientist and physicist Distinguished Professor Haida Liang will use cutting edge scientific imaging and analysis techniques to provide a new digital solution to this problem, and further, they will reveal how the roll was made through analysis of the painting and writing materials. These techniques will also find any ‘hidden’ information lurking beneath the surface of the mid-fifteenth century roll.

“This is a fascinating document which still holds secrets after hundreds of years,” said Dr Hodgson, of the School of Arts and Humanities, leading the research on the history of genealogy rolls.

“There are a large number of genealogical rolls produced and edited during the Wars of the Roses as different sides of the political spectrum sought to legitimise their claims to power, but this one is particularly unique in terms of its size and detail.

“The team are thrilled to help conserve this beautiful object and make it more accessible. In addition, by comparing the scientific and historical data gleaned from this roll with other contemporary examples, we will understand much more about who made it and why, and how roll-makers used the historical past to rationalise and justify conflicts over leadership during this period.”

The manuscript will be delivered to the university’s Clifton Campus on 2 November where it will be examined by the research team using cutting-edge imaging techniques.

Professor Liang, of the School of Science & Technology, said: “We will demonstrate that with little extra effort than traditional digitisation, we can obtain far more information. Hopefully this new method will be adopted more widely in the future as a form of advanced digitisation.

“This is one of the rare occasions that a museum object is brought over to us. Normally we have to take our mobile lab to the museum. Given the dimension of the roll, our technicians had to construct a special “wall” to hang the roll on, to facilitate imaging.”